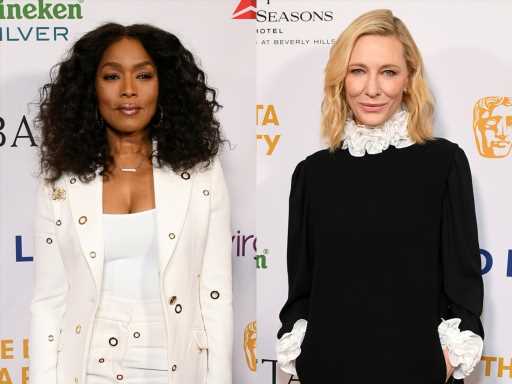 For the first time in two years, the BAFTA Tea Party is back and better than ever! Now, you already know we’re deep in award season now, between the Golden Globes and the Critics Choice Awards tonight, but between the red carpet are the A-list-packed parties like this one.

Held on Jan 14 at the Four Seasons Hotel Los Angeles, the British Academy of Film and Television Arts presented the star-studded party in partnership with Delta Air Lines and Virgin Atlantic. There’s a lot for on the road to the Oscars, but this low-key party is a staple for the road to the BAFTAs (which will be held Feb 19, so mark your calendars!) Not only does it get everyone excited for more award shows to come, but it honors the industry’s best talent and the incredible entertainment ventures they created the past year.

But let’s go back to the guests: so many people came. From Golden Globe winners Angela Bassett to Michelle Yeoh, to newcomers like Bailey Bass and Kathryn Newton, it seems like everyone was in attendance at the tea party. And they all came in some showstopping looks!

Check out which stars arrived in style at the 2023 BAFTA Tea Party below!