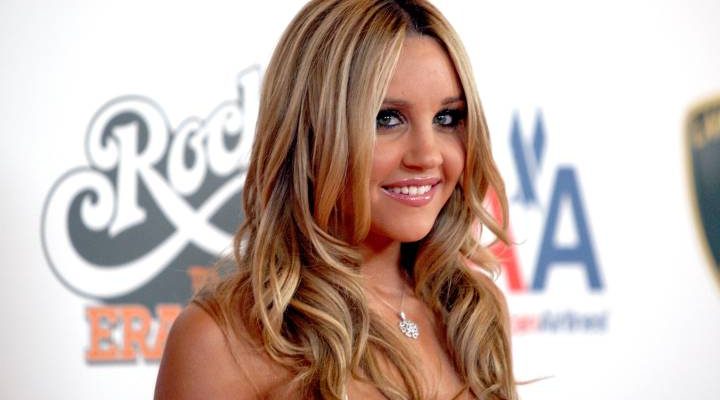 Former actress Amanda Bynes spoke out for the first time about the darkness in her past and reflecting on how her drug addiction ruined her life.

The 32-year-old actress was 13 when she landed her own hit variety program, The Amanda Show on Nickelodeon. She went on to star in the TV series What I Like About You and several movies, including What a Girl Wants, Hairspray and She’s the Man.

Her last film credit was 2010’s Easy A, which starred Emma Stone.

Since she announced in 2010 that she was retiring from acting, she developed a large following on Twitter for her feuds and rants, which she now says left her “ashamed and embarrassed.”

“I’m really ashamed and embarrassed with the things I said. I can’t turn back time but if I could, I would. And I’m so sorry to whoever I hurt and whoever I lied about because it truly eats away at me,” she told Paper Magazine.

“It makes me feel so horrible and sick to my stomach and sad. Everything I worked my whole life to achieve, I kind of ruined it all through Twitter.”

“It’s definitely not Twitter’s fault — it’s my own fault,” she adds.

The former actress made many headlines for her outbursts on Twitter. For example, she called the Obamas “ugly,” and falsely accused her father of “verbal and physical abuse,” which she later recanted.

In March 2013, Bynes tweeted: “I want @drake to murder my vagina.” She followed with a tweet calling Drake “ugly” but later apologized and said she hopes to become friends with him.

In June 2013, Bynes used Twitter to accuse Drake of having “Down Syndrome” and to insult his mother.

She also announced her retirement in tweets, which she describes as “stupid” and “really foolish.”

Bynes also tweeted — and later deleted — that she had been diagnosed with bipolar disorder. In the Paper interview, she said she does not have a mental illness.

“It definitely isn’t fun when people diagnose you with what they think you are,” Bynes said. “That was always really bothersome to me. If you deny anything and tell them what it actually is, they don’t believe you. Truly, for me, [my behaviour] was drug-induced, and whenever I got off of [drugs], I was always back to normal. I know that my behaviour was so strange that people were just trying to grasp at straws for what was wrong.”

The former Amanda Show star began using drugs, beginning with marijuana, at the age of 16.  She also abused Adderall but says she “never got high from cocaine.”

“Everybody is different, obviously, but for me, the mixture of marijuana and whatever other drugs and sometimes drinking really messed up my brain,” she explained. “I actually am a nice person. I would never feel, say or do any of the things that I did and said to the people I hurt on Twitter.”

Bynes continued, “There are gateway drugs and thankfully I never did heroin or meth or anything like that but certain things that you think are harmless, they may actually affect you in a more harmful way.”

“When I was doing [2011 film] Hall Pass, I remember being in the trailer and I used to chew the Adderall tablets because I thought they made me [more] high [that way],” she says.

“I remember chewing on a bunch of them and literally being scatterbrained and not being able to focus on my lines or memorize them for that matter.”

She said she remembered “seeing my image on the screen and literally tripping out and thinking my arm looked so fat because it was in the foreground or whatever and I remember rushing offset and thinking, ‘Oh my god, I look so bad.’”

Bynes ended up pulling out of the movie, which was the last project she worked on.

“I did leave … it was definitely completely unprofessional of me to walk off and leave them stranded when they’d spent so much money on a set and crew and camera equipment and everything,” she admitted.

After Hall Pass, Bynes’ Twitter rants began, in which she criticized celebrities, her family, the media and much more.

“I had a lot of time on my hands and I would ‘wake and bake’ and literally be stoned all day long,” Bynes admitted.

“I got really into my drug usage and it became a really dark, sad world for me.” She described her life as one in which she “was just stuck at home, getting high, watching TV and tweeting.”

The former child star said she’s been sober for four years and is currently enrolled at the Fashion Institute of Design and Merchandising.

“I really feel ashamed of how those substances made me act,” she said. “When I was off of them, I was completely back to normal and immediately realized what I had done — it was like an alien had literally invaded my body. That is such a strange feeling.”

She hopes to release a clothing line and eventually get back into her acting career.

“Be really, really careful because you could lose it all and ruin your entire life like I did,” she said.

Between 2010 and 2014, Bynes had a number of run-ins with the police, which eventually led to her being put under a conservatorship.

She was sentenced to three years probation after she hit a police car in Los Angles in 2012.

She appeared in a New York Court in 2013 on allegations that she threw a bong out the window of her 36th-floor Manhattan apartment.

In August 2013 she was placed under conservatorship of her parents and put on psychiatric hold for a year after starting a fire on the driveway of her home in California.

Her mother was then put in charge of Bynes’ financial and legal affairs.

In October 2014, Bynes was arrested again for being under the influence.