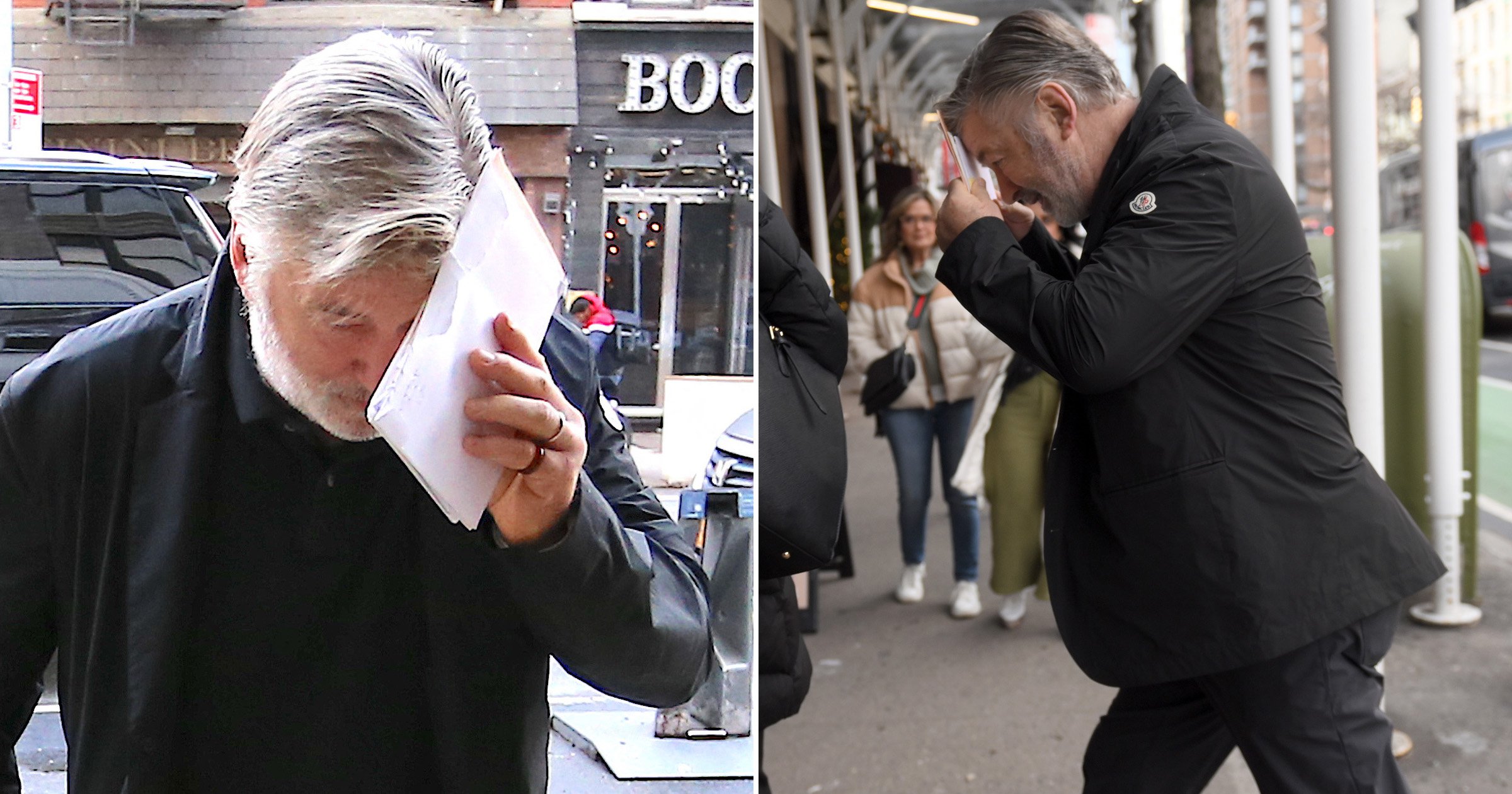 Alec Baldwin attempted to go unnoticed in New York after it was confirmed that he would be facing an involuntary manslaughter charge.

The 64-year-old accidentally discharged a firearm on the set of Rust in November, 2021, killing cinematographer Halyna Hutchins, 42, and injuring director Joel Souza.

Following a lengthy investigation, New Mexico District Attorney Mary Carmack-Altwies revealed on Thursday that charges will be filed against the 30 Rock actor, as well as armorer Hannah Gutierrez-Reed.

Baldwin’s lawyer vowed to fight the charges and described the decision as a ‘terrible miscarriage of justice’.

The Hollywood star has now been seen for the first time, one day after the charges were announced.

He kept his head down while making his way into an office building in the city, trying to keep his face covered with a stack of letters.

The dad-of-eight was solo for the outing and opted for a black blazer, shirt and dark trousers, coupled with smart brown shoes.

He has yet to speak out on social media following the update.

Baldwin was handling the gun when it went off on the set but has always maintained that he did not know it contained a live round.

Amid an investigation into the incident, Carmack-Altwies confirmed that charges will be filed against the actor and Gutierrez-Reed.

‘After a thorough review of the evidence and the laws of the state of New Mexico, I have determined that there is sufficient evidence to file criminal charges against Alec Baldwin and other members of the Rust film crew,’ she said in a statement on Thursday.

‘On my watch, no one is above the law, and everyone deserves justice.’

The DA’s office has said that David Halls, who served as assistant director, signed a plea agreement for the charge of negligent use of a deadly weapon – while no charges are to be submitted regarding the non-fatal shooting of Souza.

The charges will be filed before the end of the month, after which each defendant will be issued with a summons and required to make a first appearance in court – before a preliminary hearing, where cases will be presented to a judge.

The judge will then rule whether the case will be taken to trial.

‘Mr Baldwin had no reason to believe there was a live bullet in the gun – or anywhere on the movie set.

‘He relied on the professionals with whom he worked, who assured him the gun did not have live rounds.

‘We will fight these charges, and we will win.’