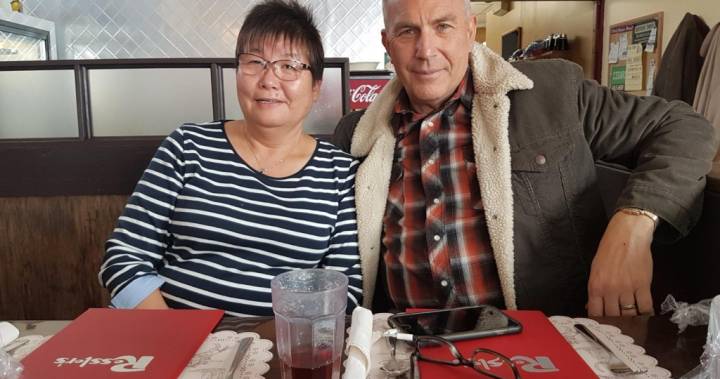 The small Alberta town of Didsbury is used to being the backdrop for Hollywood filming. Fargo and Wynona Earp have shot television scenes there before.

But locals admit they were beyond excited when they discovered Kevin Costner and Diane Lane were the stars of a thriller set in the 1960s called Let Him Go.

Owner of JD’s Restaurant, Jae Teskey, said when a scouting crew approached her to film inside her business, she didn’t hesitate.

“When I heard Kevin Costner is making a movie? I said, ‘Sure!’”

Stylist Rose MacRae works at New Look Hair Design next door to JD’s. She couldn’t wait to catch a glimpse of the actor.

“It doesn’t hurt that I’m in love with Kevin Costner and have been all my life.”

“I made a few comments that I don’t want my husband to hear,” laughed MacRae.

Everyone seemed impressed at how grounded the A-list actor was, indulging anyone who wanted a selfie.

“He seemed very approachable and wasn’t standoffish by the looks of things. Diane Lane was here as well. She’s beautiful and he’s so tall. I didn’t realize how tall he is,” MacRae said.

Owner of Vintage Coffee Bar, Brooke Mierke, said their stay has been great for business.

“As soon as word got out that it was Kevin Costner, some of the ladies came in yesterday and sat and stayed all day long looking for Kevin,” Mierke said.

Those people who did have the guts to approach the celebrity were pleased.

“He’s not shy. He mingles with the crowd.

“One of the guys who came in yesterday was part of the film crew and said he never experienced this in 10 years of filming,” Mierke said. “An actor that just comes out and hangs out with everybody — pictures, autographs.”

Film crews were also filming at the Didsbury Hospital. No word when the film will be premiered, but the townspeople are anxiously waiting to see their familiar spots on the big screen.