The following report compiles all significant security incidents confirmed by New York Times reporters throughout Afghanistan from the past seven days. It is necessarily incomplete as many local officials refuse to confirm casualty information. The report includes government claims of insurgent casualty figures, but in most cases these cannot be independently verified by The Times. Similarly, the reports do not include Taliban claims for their attacks on the government unless they can be verified. Both sides routinely inflate casualty totals for their opponents.

At least 74 pro-government forces and 26 civilians were killed in Afghanistan during the past week. The deadliest attack took place in Badghis Province, where the Taliban completely wiped out an Afghan army company, killing 16 soldiers and taking 40 others prisoner. Thirteen civilians were killed by American airstrikes in the district of Hesarak in Nangarhar, and six Afghan soldiers were killed in an American airstrike in Oruzgan Province, after Afghan soldiers targeted a joint convoy of Afghan and American forces. Officials later called the incident “a mistake between forces.”

Dozens of Taliban fighters attacked military outposts in Qades District, killing one soldier and wounding four others. Local authorities claimed that four Taliban fighters were also killed and 11 others were wounded.

The Taliban attacked the center of Shirin Tagab District from four directions. Fighting continued for several hours. One soldier was killed and four other wounded in the clashes. The Taliban were pushed back.

A bomb placed inside a shop exploded in a Sawkai District bazaar. One civilian was killed and 12 others were wounded in the explosion.

The Taliban attacked five security outposts in the center of Qal-e-Zal District, where fighting continued for five hours. Two soldiers were killed and four other were wounded in the clashes. The Taliban were pushed back by security forces. Local officials claimed that seven Taliban fighters were killed in the fighting.

Six soldiers were killed and nine others were badly wounded when an American airstrike bombed an army base. Soldiers there had opened fire on a joint convoy of Afghan and American forces who were heading to a military operation on the outskirts of Tirin Kot, the provincial capital. 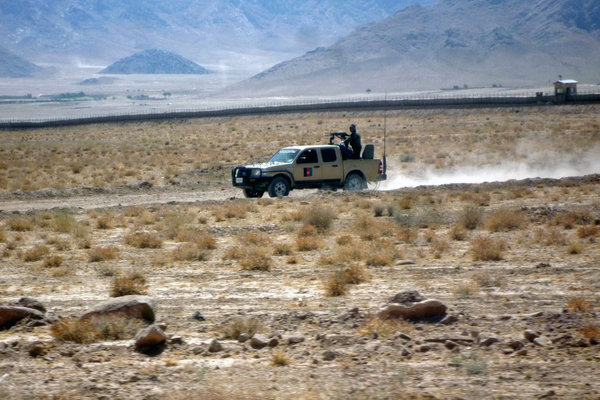 Security forces killed two men who were leaving a meeting in which the Taliban were said to be taking part, in Marja District. The men turned out to be Azizullah Khan, the director of education for the district, and his brother, Pacha Khan. The government launched an investigation to find out that why they were meeting with the Taliban.

Mohammad Salim Farahi, the acting director of public works department in Farah, was shot and killed by unknown armed men in the Second Police District of Farah City, the provincial capital, while he was driving to work.

Foreign troops opened fire on a civilian vehicle in the village of Alizo in Daman District, close to Kandahar Airfield, killing one civilian and wounding three others. The vehicle got close to the military convoy, and despite many warning by the troops, the car did not avert its direction.

The Taliban attacked a security outpost in the village of Pay Mashhad in Dawlat Abad District, killing two members of pro-government militias and wounding four others. Reinforcement forces were ambushed by the Taliban ambush, and one police officer was killed and another was wounded.

Three civilians were killed and 11 others were wounded when their vehicle hit a roadside bomb in Andar District.

The Taliban attacked three security outposts in the Hasan Tal area of Baghlan-e-Markazi District. Four police officers were killed, seven surrendered to the Taliban. Insurgents captured one of the outposts, seizing all of its weapons and equipment.

Taliban fighters killed or captured an entire Afghan National Army company of more than 50 soldiers in Bala Morghab District. At least 16 soldiers were killed and 40 others were taken prisoners in the attack. 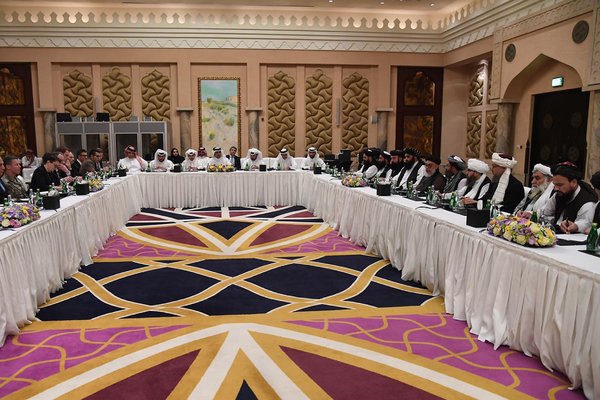 The Taliban attacked an army outpost in the Yakhchal area of Greshk District, killing four soldiers and capturing the outpost.

The Taliban attacked a security outpost along the highway connecting Sar-i-Pul and Jowzjan. Four police officers were killed and another was wounded in the clashes. The insurgents were eventually pushed back. Local officials claimed that six Taliban fighters were also killed.

The Taliban attacked a security outpost in Dara-i-Suf Payin District, killing one police officer and wounding three others.

A group of Afghan soldiers patrolling in the Dasht-e-Abdan area of Kunduz City, the provincial capital, were ambushed by the Taliban ambush. Three soldier were killed in clashes.

At least 13 civilians, including several children, were killed in American airstrikes in Hesrak District that were carried out in support of an Afghan-led operation against the Taliban. The airstrikes hit two houses in the village of Naser Khil, said a tribal elder. In one house, the village’s lone doctor, his wife and their five teenage daughters were killed. In the other, the doctor’s brother, his wife and their four children reportedly died.

A tribal elder was shot and killed by two unknown gunmen on a motorcycle in Herat City, the provincial capital.

The Taliban attacked a security outpost in Chimtal District, killing one soldier and wounding two others during two hours of fighting.

A woman and two children were killed during a night raid in the Tangi Dara area of Sayed Abad District. Local authorities claimed that a Taliban commander was also killed in the raid.

The Taliban attacked a security outpost in Chimtal District, where fighting continued for three hours. Reinforcements heading to the area were ambushed by the Taliban. Three soldiers were killed and two Humvees were destroyed. Insurgents were pushed back by security forces. Local authorities claimed that six Taliban fighters were also killed in the clashes.

The Taliban attacked army outposts in the Akazi area of Bala Murghab District. Eight soldiers were killed, and six others were taken prisoner. Three army outposts were captured by the Taliban, but they were later retaken by security forces.

The Taliban ambushed Afghan soldiers who were heading to their outpost in the Zakhil area of Kunduz City, the provincial capital. One soldier was killed and another was wounded in the ambush.

Two men an a motorcycle shot and killed a civilian who was working with special forces in Kandahar City, the provincial capital. The attackers escaped from the area.

The Taliban attacked a security outpost in Moqor District, capturing the outpost and seizing all weapons and equipment. Two soldiers were killed and three others were wounded in the attack.

One soldier was killed in a Taliban attack on a joint police and army base in the Laman area of Qala-i-Naw, the provincial capital. Local authorities claimed that six Taliban fighters were killed and 19 others were wounded in the attack.

One civilian was killed during a military operation in the Telawka area of Kunduz City, the provincial capital, when American aircraft bombed three targets in the area.

For more stories about the experiences and costs of war, sign up for the weekly At War newsletter. For more coverage of conflict, visit nytimes.com/atwar.