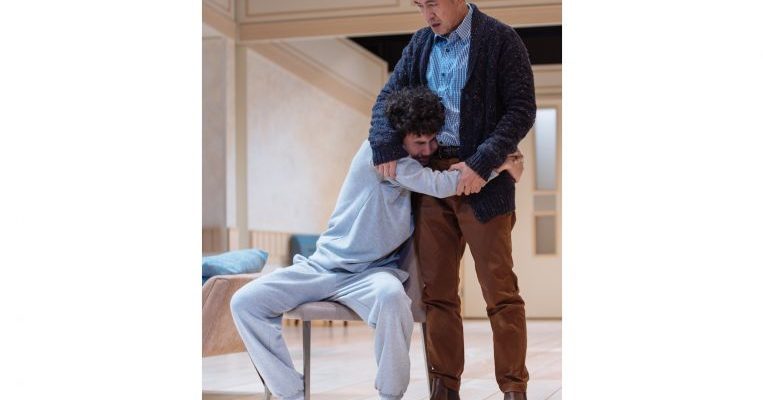 What happens when your teenage son is no longer the happy, lively boy he once was and turns moody, secretive and erratic?

What happens when he is facing a problem you just cannot solve?

This is the agonising quandary in this brutally honest drama about mental health issues, featuring the 16-year-old Nicolas – played by local actor Zachary Pang – who, as revealed in the first moments of the play, has not been to school for three months.

Written by French playwright Florian Zeller, who has had several other works performed here in recent years, The Son appears at first to be a play about a family’s domestic problems.

However, it slowly unfurls into a disquieting, uncomfortable look at mental health issues among the young, its associated shame and stigma, and the importance of professional help in such circumstances.

Thanks to a stellar, nuanced performance by veteran theatre actor Adrian Pang – Zachary’s real-life father – whose character Pierre is also Nicolas’ father, the production takes the script a step further, shining a light on a crisis in masculinity and fatherhood through Pierre’s inability to help with his son’s troubles.

Adrian Pang skilfully navigates the many emotional registers – from earnest compassion to blistering rage to helpless desperation – which gives tremendous depth to his character, who tries every possible means to address his son’s spiralling mental state while keeping it within the family.

Delivering even the sternest admonitions with self-loathing guilt, his heartbreaking performance here is a masterclass in acting, which also keeps the production going at a solid pace.

The set, designed by freelance theatre practitioner Petrina Dawn Tan, is noteworthy for its depiction of a tasteful, immaculate home whose layers could be peeled back to reveal more harrowing secrets.

In one lovely and symbolic move, a frustrated Nicolas knocks several items to the ground.

BOOK IT / THE SON

These fallen items are ignored by the other characters for a long while until someone notices and quietly tidies them up.

The moment brilliantly encapsulates the family’s inability, perhaps even unwillingness, to notice the underlying destructive forces plaguing the teen. It would have been great to have more such instances where the set and props are used so poetically.

In any case, the overall show is a hard, truthful look at the turmoil of mental illness, which can rear its ugly head despite the best efforts of a loving, responsible family.