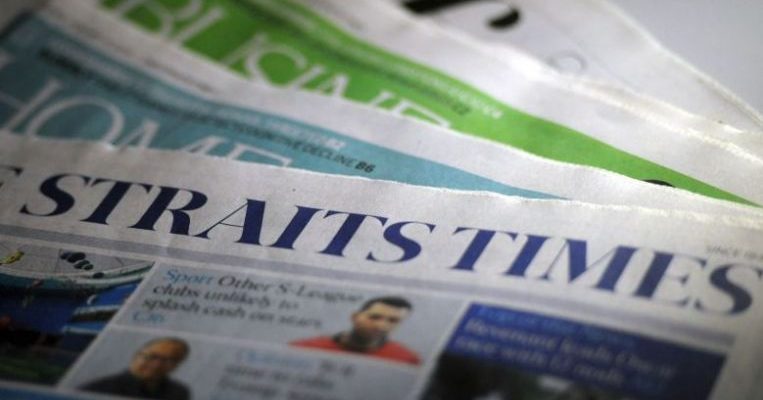 NEW YORK (NYTimes) – The stage is set for a walkout. The theatre actors’ union said on Monday (Jan 7) that it was barring members from taking part in developmental work on Broadway shows while it demands a new contract that includes some profit-sharing.

About a quarter of all Broadway shows use developmental labs to test out material.

“No union wants to get to this point,” Kate Shindle, president of Actors’ Equity, said.

“Our members who do this work don’t think the terms are fair.”

The Broadway League, representing producers, said it was still hopeful that the dispute would be resolved.

At least four developmental labs had been scheduled to take place in coming weeks, for stage adaptations of the films Almost Famous (2000) and August Rush (2007) and for jukebox musicals adapted from the catalogues of Michael Jackson and Huey Lewis.

The Huey Lewis musical, called Heart Of Rock & Roll, held auditions on Monday for a lab scheduled to begin late next month.

Equity said the auditions took place as scheduled, but any of its members who receive offers would be barred from participating in the lab without a settlement.

The union is seeking not only a salary increase, but also a new provision requiring the handful of shows that make it to Broadway and succeed in recouping their capitalisation costs to share 1 per cent of their profits with actors and stage managers who were part of the show’s early development.