One of the great cooking tools is the flattop griddle, a diner standby in shimmering black, best friend to tacos and short-order eggs. You can make a dozen smashed lamb chops on one, huge piles of hash browns, stacks of pancakes, French toast, arepas, buttery trout fillets, mounds of chopped cheese. You can make six burgers at once, and brown the buns for serving them alongside, then scrape the deck and sauté apples for dessert afterward, a topping for ice cream.

A long time ago, in a fit of camp ambition, I bought a portable flattop griddle with raised edges on three sides and a grease trap along the other. I put it in a storage chest with a briefcase-size foldable propane two-burner stovetop and a canvas roll of knives and kitchen implements, and slid the thing into the back of my car. The plan was to take this box camping, put it in canoes and boats and travel into the wilderness to cook, or at any rate haul it out of the trunk at tent sites off the Interstate and make my family dinner: sausages and griddled peppers.

This didn’t work out as well as I’d imagined. The box weighed a lot. The griddle was hard to clean in the wild. And if the pancakes I made one morning in a tiny boat anchored near the mouth of Long Island Sound were fluffy and delicious, the rain and salt wind that hammered us the rest of the day led to rust on both the cooking surface and the burners of the stovetop, a cycle that repeated itself on shore and in the woods until it ultimately killed the whole apparatus.

But not the griddle. I took it inside, scoured it clean, greased it and put it on top of my kitchen range. It has mostly lived there since, a platform for quesadillas and minute steaks, gaining character and nonstick qualities along the way.

I’ve found that one of its best uses is for making Jerusalem mixed grill, a dish that is said to have emerged from the Mahane Yehuda Market in that holy city: chicken offal and scraps of meat griddled with baharat, a warm Middle Eastern spice blend that generally includes cinnamon and allspice, coriander, black pepper, cardamom and cloves, and mixed with caramelized onions. It is a rich mixture without being fatty, and is economical to boot, utilizing parts of a chicken that remain cheap no matter how expensive the rest of the bird. Of course you don’t actually need a griddle to cook it. It’s just more fun that way, wielding a big spatula to mimic the market cooks. 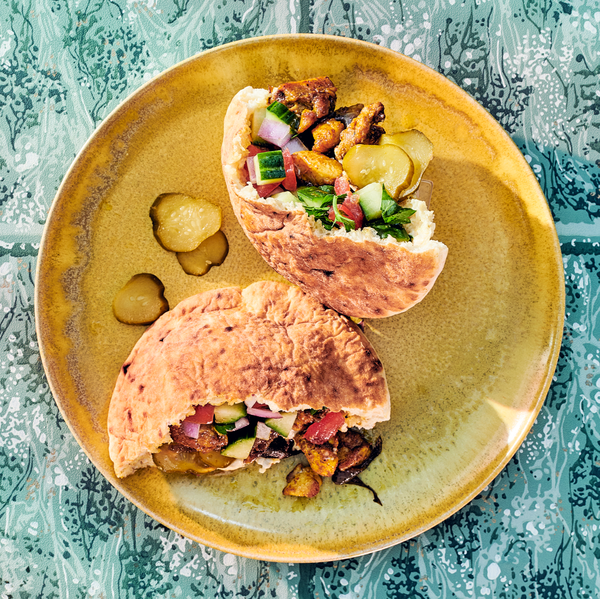 My recipe is adapted from Michael Solomonov and Steven Cook, the Philadelphia restaurateurs whose 2018 cookbook, “Israeli Soul,” is an invaluable guide to making Israel’s most beloved street foods and restaurant dishes at home. They mix chopped chicken thighs in with the hearts and livers, but as Solomonov said when I called him to talk about the dish, mixed grill doesn’t require the use of offal. “I like a little funk in there,” he said, “but I get it if you don’t like that, if it freaks you out.” So omit the livers if you like. Leave out the hearts. “The dish is as much about the spicing anyway,” Solomonov said. “And chicken thighs take that spice well.”

Me, I like a few hearts in the mix, a couple of livers too, some textural contrast to the crunch-luscious quality of the chicken itself. I think that’s worth trying even if you haven’t cooked with livers much, even if you haven’t had any in years, at home or in restaurants. There’s something fantastic about how their creaminess falls in with the sweetness of the onions, how the hearts bring a faint iron tang to the dish. It is genuinely exciting, against the warm heat of the spice.

You can serve mixed grill mounded onto a drift of hummus, as you might spoon a thick ragù on top of polenta. I’ve put it on a plate beside a salad. Solomonov likes it as they do at the market in Jerusalem. “Eat mixed grill in a pita,” he told me. “Eat it with some onion and tehina and a pickle, and it’s so satisfying. It’s a taste of Jerusalem at the end of the night.”