At the Juilliard School, the pianist Aaron Diehl studied both classical and jazz traditions. And in the years since, he’s chosen to follow each of those paths — and sometimes both, simultaneously.

Mr. Diehl has played with Cécile McLorin Salvant and Wynton Marsalis. His own recordings as a bandleader have revealed him to be not only a stylish improviser, but also a composer worth watching.

In recent years, he has revived the practice of interpreting Gershwin’s concert music through an improvisatory filter. His imaginative yet idiomatic turn in the Concerto in F with the New York Philharmonic at their opening-night gala in 2016 contained the hardest-swinging note I’ve ever heard inside David Geffen Hall. (It was an interpolated low D that Mr. Diehl tossed off with casually elegant force toward the end of the first movement.)

This weekend, Mr. Diehl plays “Rhapsody in Blue” (on Saturday) and the less familiar “Second Rhapsody” (on Sunday) with the Los Angeles Philharmonic as part of the brief but potent series “William Grant Still and the Harlem Renaissance.”

“The challenge is creating this balance between the improvisation and the written score,” Mr. Diehl said of his approach to “Rhapsody in Blue.”

Gershwin, in a way, is the exception this weekend: The rest of the Philharmonic’s programming puts the spotlight on black composers. William Grant Still’s symphonies serve as anchors of the programs, the First on Saturday and the Fourth on Sunday.

Symphonic arrangements of works by Duke Ellington also appear all weekend, and a new piece — Adolphus Hailstork’s “Still Holding On” — will have its premiere on Sunday. (It’s one of the 50-plus commissions the orchestra has made as part of its centennial season.)

An earlier orchestral miniature by Mr. Hailstork, “Celebration,” was captured in the 1970s for Columbia Records’s Black Composers Series, a set which was recently remastered and reissued. That recording was the conductor Thomas Wilkins’s introduction to Mr. Hailstork’s music. 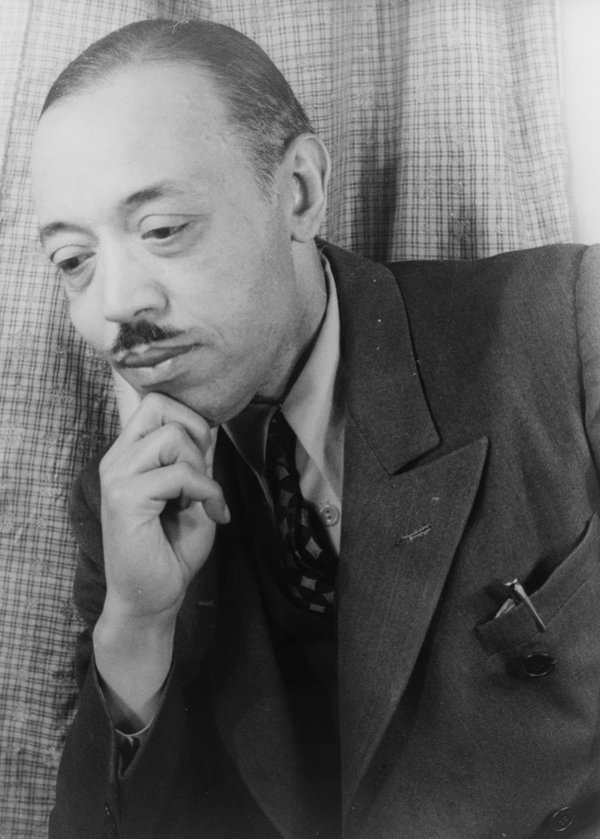 “I’ve always found him to be a great craftsman,” said Mr. Wilkins, who will be conducting the Los Angeles concerts. “You hear his upbringing in his music; you hear his culture in his music. But it’s not on the sleeve.”

“It’s quite tonal,” he added, “but it’s not without chromaticism. And some of the time, because he’s sort of hinting at a blues lick or a jazz gesture, we find notes that are bent or twisted. Or a jazz harmony all of a sudden.” (Two other pieces by Mr. Hailstork will be performed by the Harlem Chamber Players on Feb. 28 at the New York Public Library’s Schomburg Center for Research in Black Culture.)

Mr. Wilkins said that he and the Philharmonic wanted to acknowledge Still’s earlier and better-known First Symphony — subtitled “The Afro-American Symphony” — but also push audiences toward less familiar parts of the composer’s body of work.

“He’s unapologetic about being a black person,” said Mr. Wilkins. “In the last movement of the First Symphony, he begins with this plaintive song in the entire orchestra, that eventually finds its way to the cello section only — which I think is the instrument which sounds most like the human voice. There is this ‘Lord have mercy’ kind of sound in that music. And then, of course, the allegro takes over. It’s ‘we have no choice but to go forward.’ That’s what that music does.”

In the Fourth Symphony, Mr. Wilkins identifies “that same longing, that same aspirational sound world. But this symphony ends not allegro, but profoundly — it’s like a pronouncement at the end. It’s grand, and the gestures are large and bold. And not lickety-split fast. It is its own kind of affirmation: ‘Yes, this is who I am.’”

Asked what else they could imagine programming, were the Philharmonic’s short festival to be longer, Mr. Wilkins named William Dawson’s “Negro Folk Symphony” and “more Hailstork.”

Mr. Diehl said he would be eager to tease out unexpected connections between different centuries: “I would have Scarlatti on, maybe, the top half of the set. And then end with, like, Roscoe Mitchell. I just feel like good music is good music. Duke Ellington always said that.”