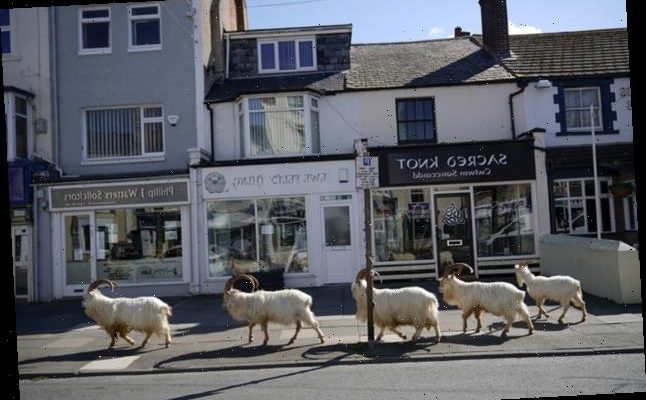 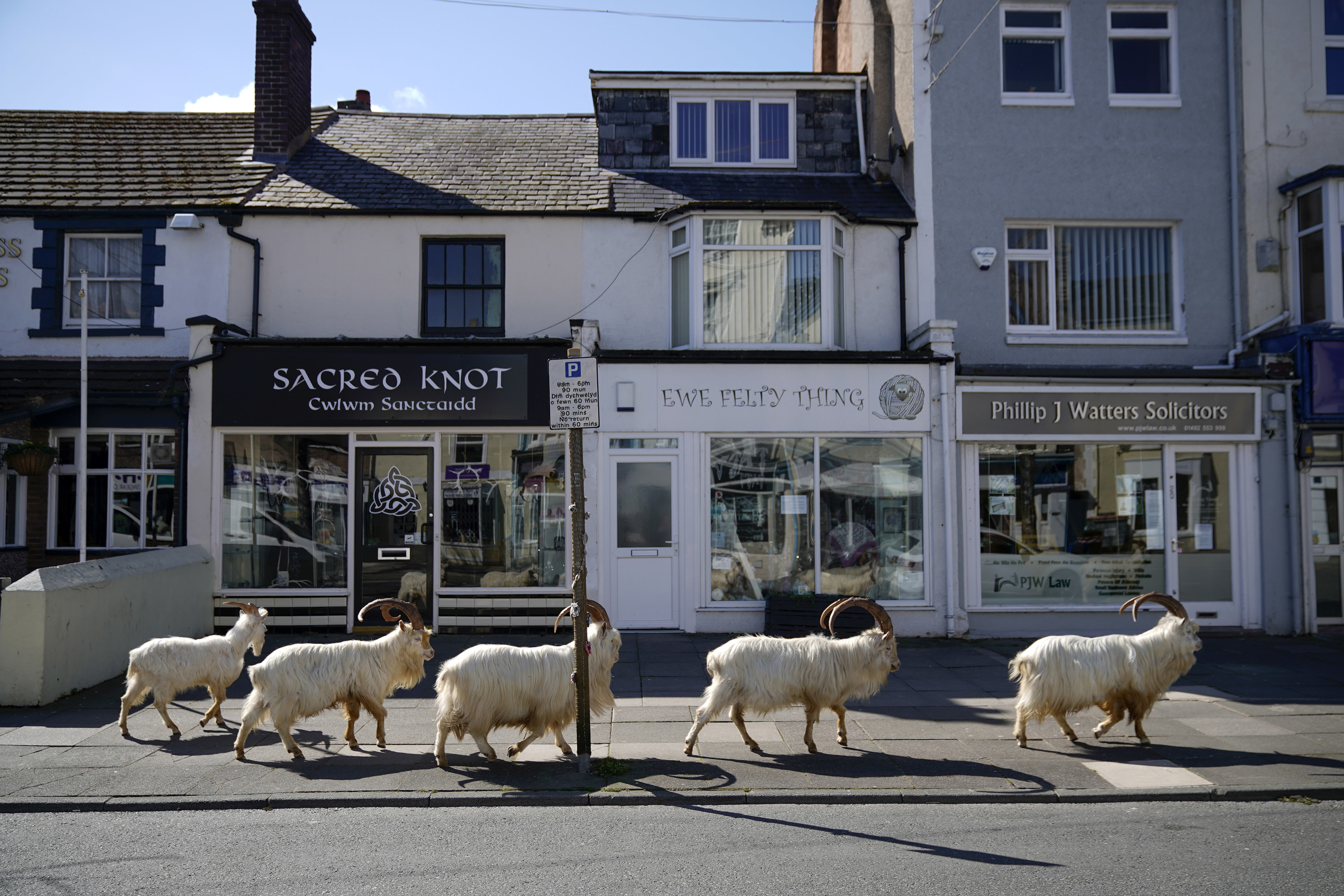 Mountain goats roam the streets of Llandudno on Tuesday.

The journalists at BuzzFeed News are proud to bring you trustworthy and relevant reporting about the coronavirus. To help keep this news free, become a member and sign up for our newsletter, Outbreak Today.

Were you devastated when you learned that no, in fact, dolphins hadn’t turned up in Venice’s canals and drunken elephants weren’t living it up in a village in China’s Yunnan province?

Well, BuzzFeed News is able to confirm that after 200 years of being mostly confined to limestone bluff, a pack of wild Kashmiri goats — seizing an opportunity presented by Britain’s national lockdown in response to the coronavirus — has taken their rightful place as rulers of Llandudno, a seaside town in northwest Wales.

With the town now deserted as residents shelter inside, packs of goats have descended on the picturesque resort town, blocking traffic, grazing on people’s hedges, lazing about on the church’s green, and strutting by shuttered shops like Ewe Felty Thing, a local boutique that sells all things wool.

Photos of the goats have gone viral in recent days after Andrew Stuart, a video producer with the Manchester Evening News, posted a thread about his encounter with the goats on Twitter. 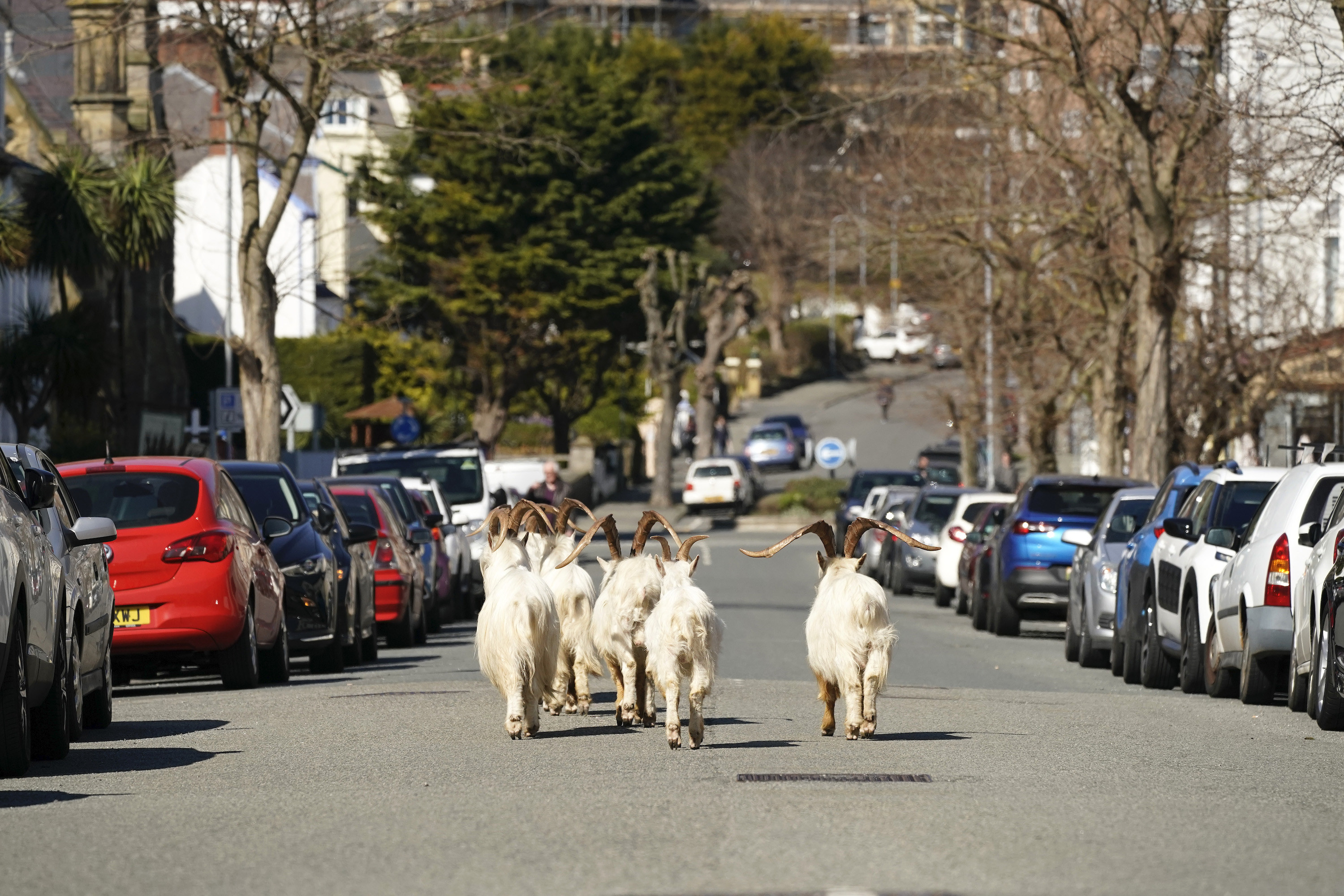 The relationship between the goats and the people of Llandudno has long been complex, residents told BuzzFeed News.

“It’s kind of a two-pronged thing. So we love them. Everybody loves the goats, but they make an awful mess,” said Tim Garbutt, who splits his time between Yorkshire and his holiday home in the town. “They eat all of your nice plants and they shit everywhere, quite frankly.”

“Goats don’t have the greatest odor,” added Simon Kendall, who has spent years defending his property from the Windsor goats. “They definitely don’t use deodorant.” 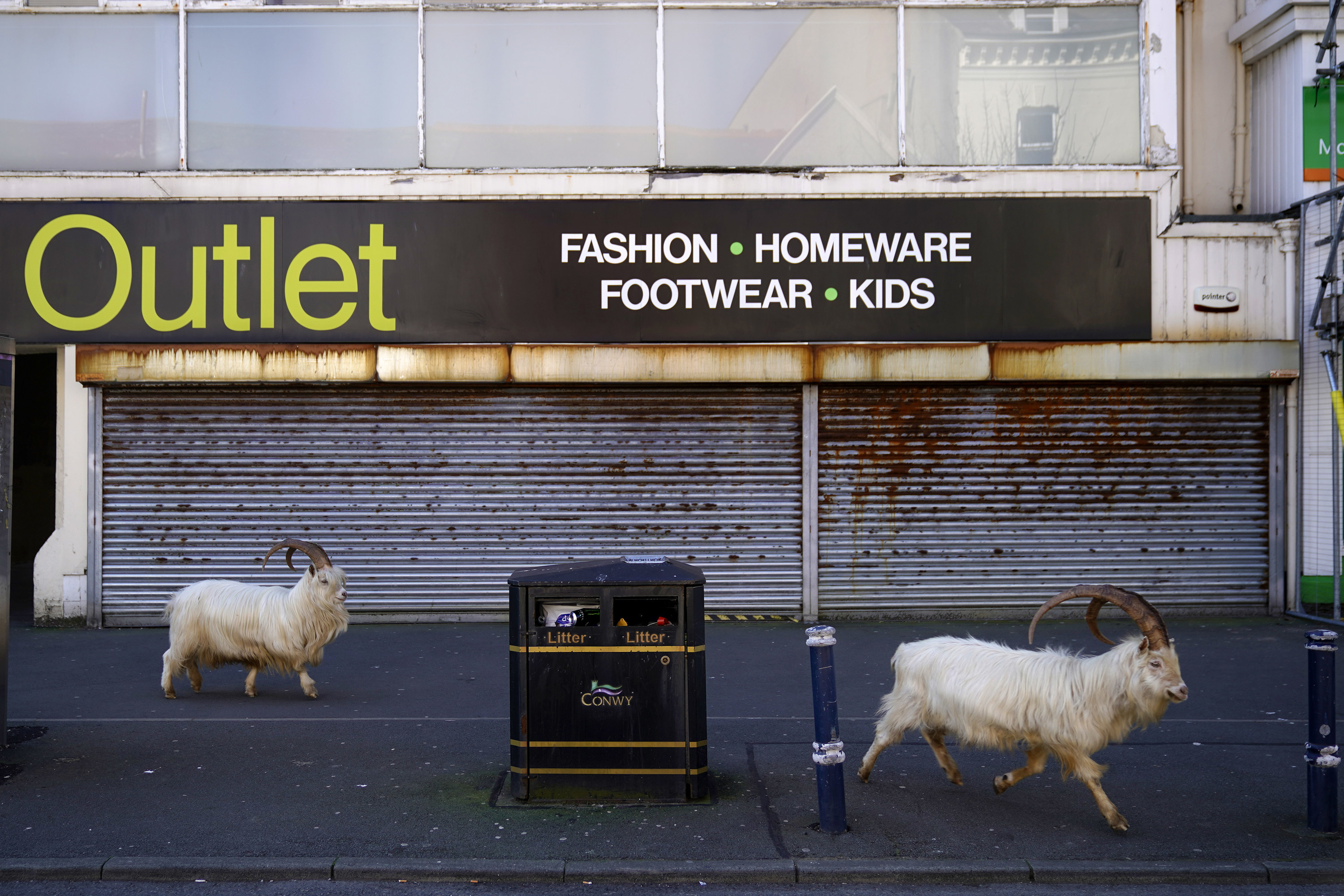 Kendall has lived up on the Great Orme, the hill where the goats roam, for 10 years. Kendall’s biggest beef, so to speak, isn’t the goats’ smell, but instead that the animals, like other royals, can be quite discerning.

“They won’t touch daffodils,” said Kendall. “They’re really, really selective. So they really like bay leaves and they just devour my bay trees, they leave nothing. They would probably be really nice on the grill, but I wouldn’t do that.” 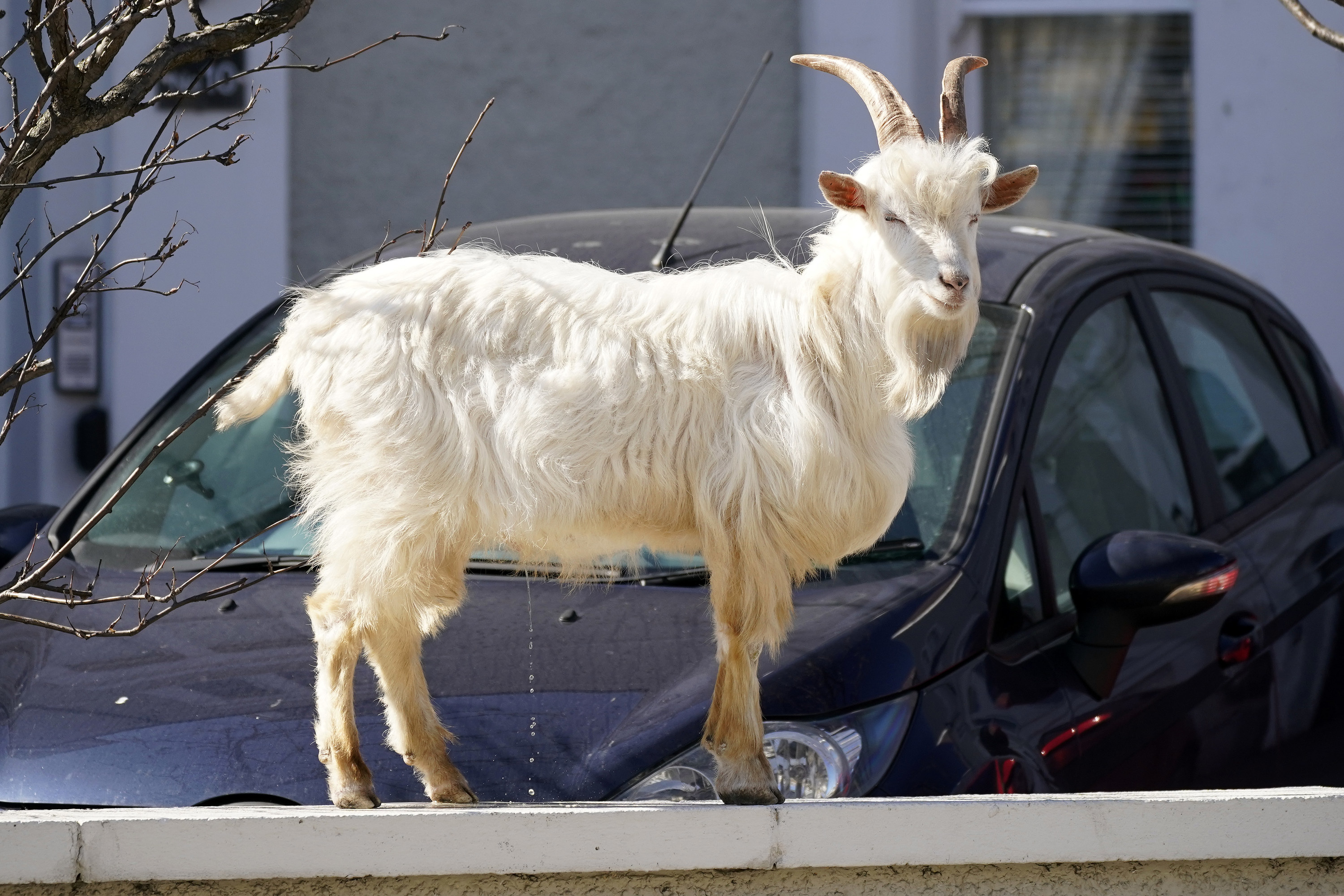 Sandra Rickards, a native of Llandudno, has been tracking the goats’ invasion on her walks to and from her job at the pharmacy in the town’s center.

Rickards isn’t too bothered by the town’s new goat overlords. A little bit star-struck, she added, “I’m going to try to get a selfie with them tomorrow.”