LONDON — The art-world equivalent of a dating app: that’s the idea behind a subscription-based service set to debut here on July 31 that aims to connect artists with collectors — without charging a commission.

Stacie McCormick, an American-born artist and gallery director, has come up with what she hopes will be an alternative to an art market where the odds are stacked against newcomers.

Today, most transactions between artists and buyers are handled by a small number of large galleries that represent established names and charge significant commissions.

“You have a top-down industry. There are these amazing elite galleries that bring phenomenal artists to the world,” Ms. McCormick said in an interview at the space. “But between that environment and on the ground, there are very few entry points.”

She noted that there were unrepresented artists worth discovering, and many consumers who would be eager to discover them, but few places where the two could intersect. 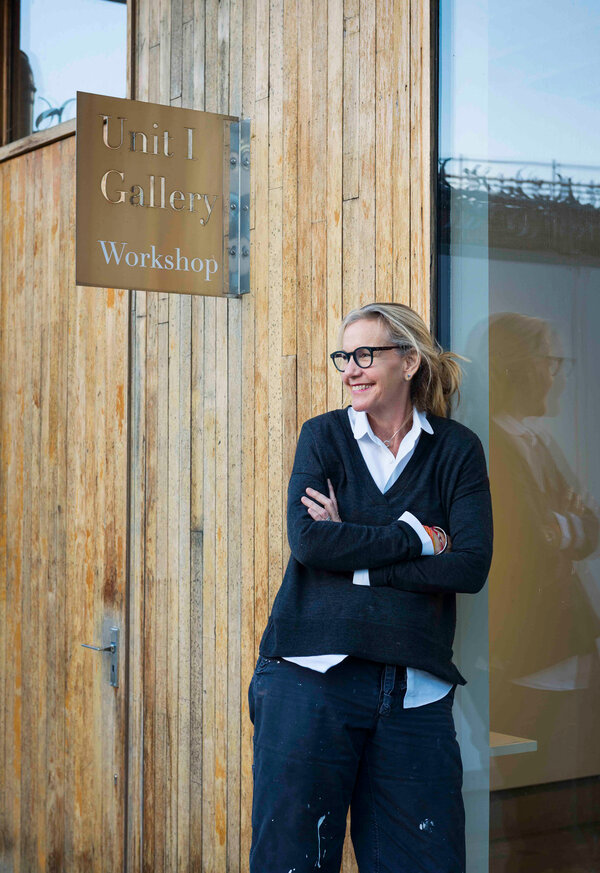 She described her app, Fair Art Fair, as “a Tinder for artists and collectors. It’s a way to facilitate that meeting,” she said. After all, “in almost every industry, the middleman has been cut out.”

To join, artists pay £15 (about $21) for a monthly subscription that includes an account where they can store and display images of works and also initiate business transactions, like generating an invoice or a certificate of authenticity.

Collectors also have a dedicated virtual space on which to store images of their collections and complete transactions. Curators can put together an exhibition through the app, virtually or live, and create news releases and price lists.

Despite the promise of the app, some in the art world said it would take a lot for the app to disrupt the market.

“There is both an increasing need and an increasing desire on many different people’s part to provide alternatives to the trading of art,” said Allan Schwartzman, a New York-based art adviser.

Is the app “something that becomes a parallel reality, or becomes some meaningful alternative?” he asked. “I think it could go either way,” depending on who uses it, he said.

Mr. Schwartzman made an analogy with smaller art fairs that take place at the same time and place as major ones. These are not necessarily “places where you would ever want to buy anything,” he noted. While they can achieve “measured success, those two worlds don’t penetrate into one another.”

The app grew out of Ms. McCormick’s gallery and workshop space, which she created in 2015 to try to recreate the kind of nurturing and communal atmosphere she enjoyed while pursuing a master’s degree at a London art school.

At Unit 1, artists in residence donate a work for sale, which goes into the gallery collection and gets included in exhibitions curated by Ms. McCormick. The gallery then produces a limited-edition print series based on the work that generates revenue.

Ms. McCormick said the space lost money for its first five years and the pandemic would have closed it completely, were it not for £35,000 (about $48,000) in emergency funding from Arts Council England, the body that distributes government grants to cultural institutions.

That small initial lifeline was followed by an additional infusion of £150,000, which also allowed McCormick to develop and launch the app. She said she needed between 1,000 and 1,500 monthly subscribers to cover her costs.

Radhika Khimji, a London-based Omani artist whose work is represented by galleries in Vienna and Kolkata, India, said she had tried to connect with collectors through various commission-based apps several years ago but had no success. “Online is a pretty saturated space,” she said.

With the pandemic, however, “people are shopping a lot more” online, and her own Instagram feed is getting more attention than before, she said. The app’s ability to automatically generate paperwork could be “very beneficial,” she noted.

But to take off, the app needs to deliver on its promises and to have the endorsement of prominent personalities and publications in the art world, she added. “It’s all about credibility.”

Mr. Schwartzman said the new collectors he encountered were typically “much richer” and “much busier” than previous generations of new collectors, and “comfortable spending at a very high price point that in the past would take collectors decades to get to, if ever.”

Despite Fair Art Fair’s drive to introduce a measure of equity, “at the end of the day, art isn’t fair,” he said. “Genius doesn’t multiply to the amount of money that wants to be buying it.”

The app had a good chance of success if it was “very well curated and focused,” he said, if the information was “organized well,” and if a process was in place to attract high-quality work.