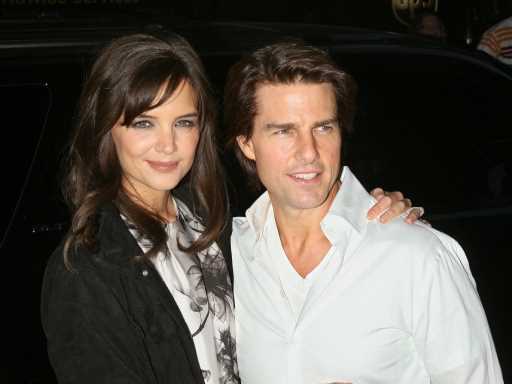 When people think of the 2000s, obviously, a lot comes to mind. Looking past the questionable fashion choices and our obsession with everything pink, everyone was really obsessed with the “It” couples of the decade: Jennifer Lopez and Ben Affleck, Rachel McAdams and Ryan Gosling, and, perhaps most of all, Katie Holmes and Tom Cruise (AKA TomKat), who married 16 years ago on November 18, 2006.

Let’s face it; whether you loved them or hated them, everyone was paying attention. Their whirlwind romance started in 2005, and within two months, they were ready to tie the knot. Then came love, marriage, and a baby carriage — just not in that order. Soon after they announced their engagement, they also announced they were expecting their daughter Suri Cruise.

They seemed like a simple, happy family, from their Italian fairytale wedding to their many smiling red-carpet appearances. But some people got a weird vibe, especially after Cruise’s Scientology activities went viral, and some worried Holmes was trapped in the marriage.

Then, after nearly six years of marriage, Holmes filed for divorce in 2012 — and everyone had so many questions. What was 2000s royalty became another celebrity divorce that broke our hearts.

Learn more about their turbulent relationship and divorce timeline, and see some photos of the pair together below.

A version of this article was originally published on Nov 2021.