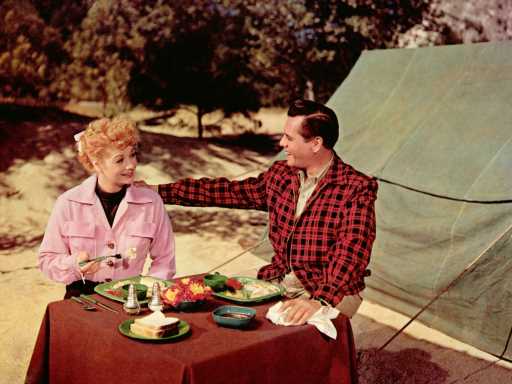 While everybody loved Lucy, everybody also loved the decades-long romance between legendary actors Desi Arnaz and Lucille Ball. From back in the 1940s all the way to their deaths over 40 years later, they stuck together through thick and thin — just not in the way you might think.

Despite playing hopelessly romantic lovers throughout their careers, Arnaz and Ball’s marriage in real life was a whirlwind. Within a short amount of time of knowing each other, they ended up eloping and none of their friends saw it working. In an interview with People back in 1980, per MSN, Ball even said herself, “Everybody gave it about a year and a half. I gave it six weeks.”

Their romance was consumed with show business, alcoholism, and cheating scandals. And their divorce in 1960 was messy and “horrible,” as their daughter Lucie once told Closer Weekly. “Their divorce was horrible. And then there was the alcoholism. I had preferred those things [that] had never been there. We didn’t have any abuse, but we [went] through some pretty hard stuff and that’s why my parents didn’t stay together.”

Ever since Nicole Kidman got cast as Lucille Ball in the upcoming Amazon Prime film, Being the Ricardos, everyone wants to learn more about the legendary comedienne, so we’re looking back at her marriage to her comedy counterpart. While this may not seem like the typical fairytale story, their closest friends have said that they were each other’s love of their lives. Learn more about their turbulent relationship timeline and see photos of the pair together below.