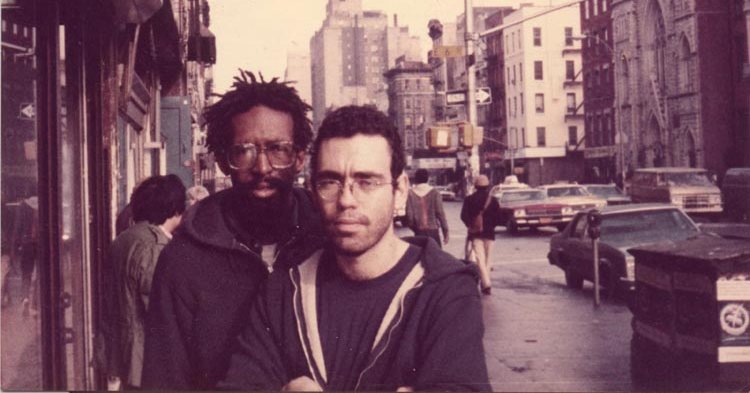 Concerts and recordings of the works of Julius Eastman — a vibrant composer-performer who was all but lost to history after his death in 1990 — have become reliably important events as his music has resurfaced in recent years.

The revival, which has reached beyond the world of classical music to influence artists associated with avant-rock, will take another important step on Tuesday when the New School’s Mannes Orchestra gives the world premiere of a new edition of Eastman’s Second Symphony (1983) at Alice Tully Hall. Its editor, the composer and musicologist Luciano Chessa, will conduct.

This edition of the symphony was made possible by the composer Mary Jane Leach’s discovery of a handwritten score that Eastman once delivered to R. Nemo Hill — a former lover, to whom the work was dedicated. In an interview, Ms. Leach energetically rattled off some of the peculiar requirements needed to perform this piece for 100 musicians: “three bassoons, three double-bass bassoons, two bass clarinets, three double-bass clarinets, three trombones, three tubas, six timpani.”

Explaining the score’s longtime absence from critical sight, she said, “I think it freaked Nemo out so much that it was just rolled up in a trunk.”

Mr. Chessa, in an interview, described the process of creating this edition, and how he views the symphony in relation to the other works of Eastman’s catalog. Here are edited excerpts.

What range of moods does Eastman explore during the symphony’s 20-plus minutes?

The piece is expansive and sometimes quite still. I don’t know if he knew [La Monte Young’s] “The Well-Tuned Piano.” But, looking at the symphony, and because of its labeling of the themes — “The Constant Faithfulness of the Friend,” “Julius in the Company of His Friends” — I look at the piece through that lens. How La Monte Young uses the “Theme of the Incredible …” almost in a Scriabin-esque fashion.

Long drones get played. But it’s not just a drone experience. It’s an interesting hybrid, because some material is clearly articulating themes that you can hum.

Listen to a clip from Symphony No. 2

How much interpretive work did you have to do to get the score in shape for performance?

I decided on the necessity of bar lines and time signatures — because running an orchestra rehearsal without that would have been suicidal. But I had to make a decision based on how phrases appear. Also dynamics: When you have an orchestra of 100 people, it requires a lot of sculpting. There’s a fugato in the piece. In order to get these entrances clear, I need to make sure they’ll be heard. It’s a little bit of creative work. You have to figure out what isn’t there but would be necessary for the piece to flow.

I didn’t add any notes. Some people said, “Oh, you have completed the symphony.” I would have never done it! In fact, my understanding shifted as I started to work on the piece and realized that the symphony is a map of his relationship with Nemo.

So the symphony starts with this proclamation of love, and basically fails. But the failing is part of the piece. As they broke up, Eastman wrote the symphony. They had already parted ways for maybe a few months. He gives [Nemo] a manuscript and tells him: This is a chronicle of our relationship. And as the symphony ends with a lot of loose ends, it was all by design. So I was not going to put in a final cadence or something! The piece is finished, as what it was supposed to be.

He wants sync between the parts. That is the important difference between this Eastman piece and many of the others. In “Gay Guerrilla,” it’s not about being in sync, necessarily, for most of it.

Hear more of the symphony

Symphony No. 2 is constructed, a little bit, using leitmotif. There’s a main love theme that you hear at the beginning — sort of full with hope — and then it resounds at the end. But by that point, the composition is completely different. We’ve reached the climax, and the relationship is eroding. And so as the relationship fails the love theme appears differently, in terms of effect or emotion.

I think he was in a different point here of his evolution. He is becoming more interested in sort of archaic styles — certainly imitative counterpoint — that he was trained in, and blending it with the experience of studying with Morton Feldman.