Everyone knows that New Balance is the king of collaborations, with eye-catching releases stretching a long way back and covering brands from across the world. The Boston-founded brand is also set to continue its collaborative streak into the future, and the announcement of an ongoing partnership with Stone Island shows it has no intention of slowing down.

To celebrate New Balance’s history of collaborations, we’ve pulled together 15 of its best joint releases from the last 10 years. 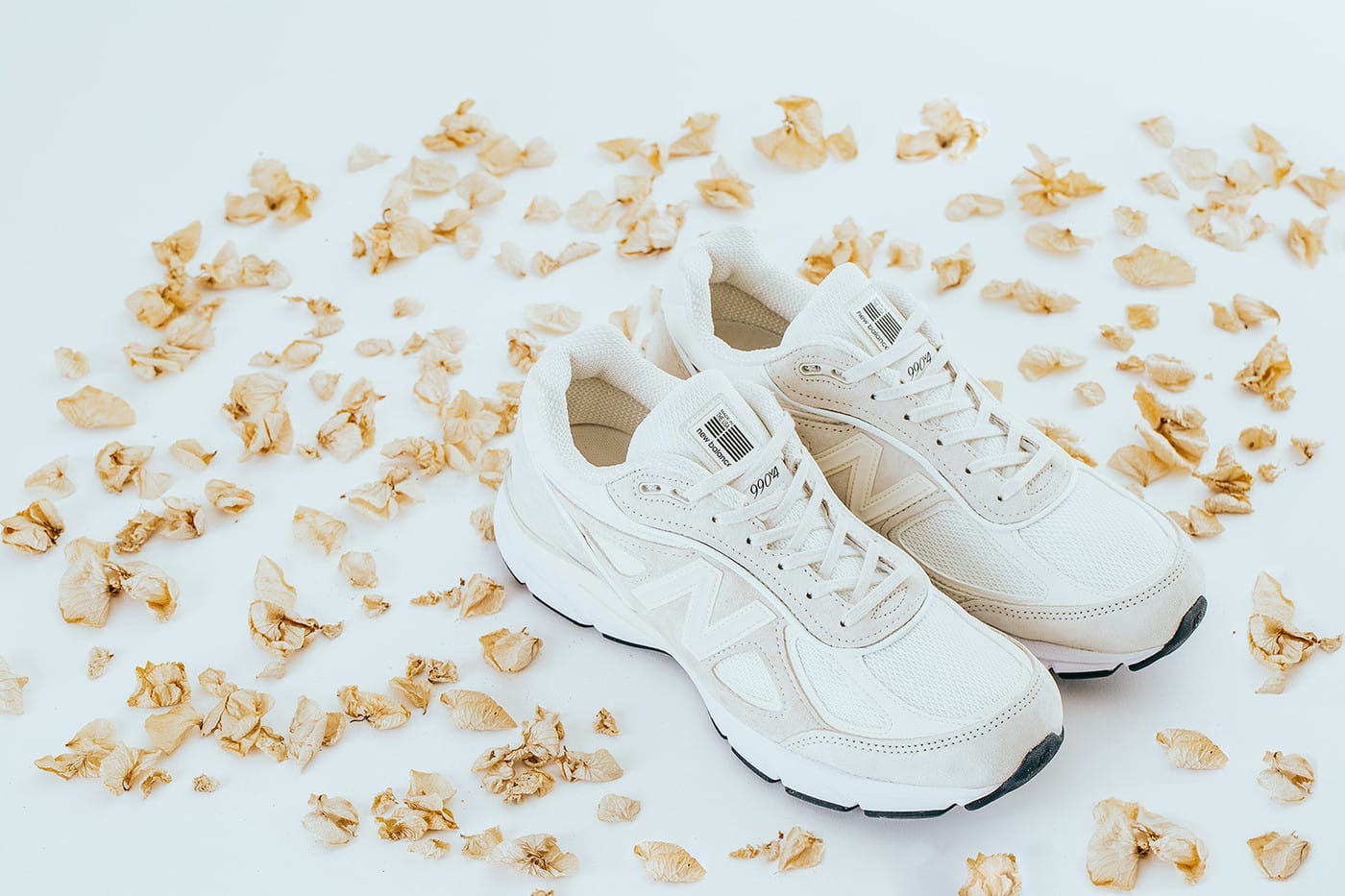 For its 2017 link up, Stüssy chose the 990, arguably New Balance’s most well-known shoe. Working with the 990v4 silhouette, Stüssy stripped the sneaker back into a muted “Stüssy Cream” colorway that covered the entire mesh and suede upper. Stand-out details of the Made in USA sneaker include the entwined S logo on the footbed, and hits of white to contrast against the upper. 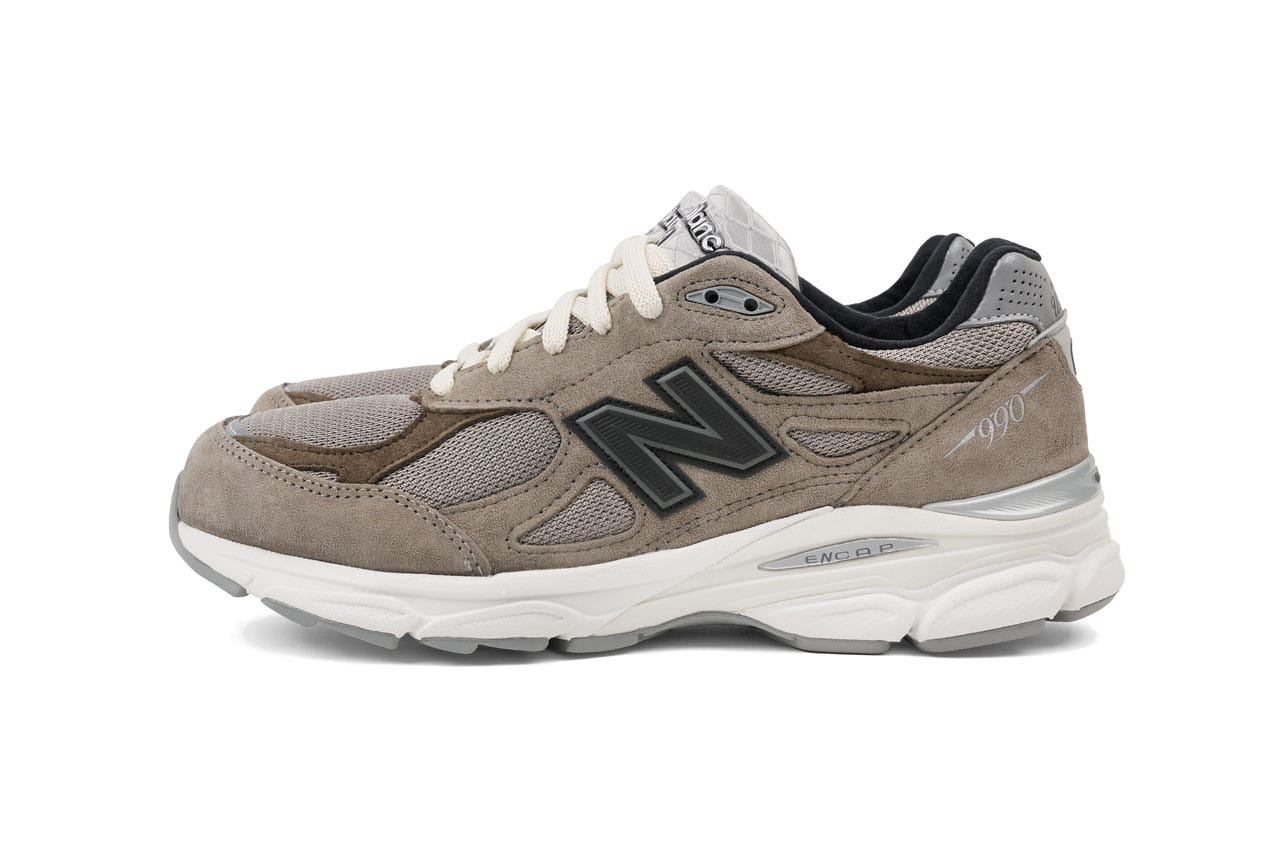 Justin Saunders and his JJJJound label partnered with New Balance for Fall/Winter 2018, delivering an update to the 990v3 silhouette. This release was based around a washed-out color palette, beginning with a tonal brown suede upper, and complemented by a white midsole and grey outsole. A key feature was the silver tongue and the JJJJound-branded footbed. Aimé Leon Dore’s collaborations with New Balance have been so successful that the brand’s founder, Teddy Santis, was named Creative Director of New Balance’s MADE in USA line. The long-running partnership arguably reached a crescendo with the arrival of the first 550 capsule in late 2020, putting an often-overlooked silhouette back on the map. This collection delivered four colorways — navy, grey, red and green — that all contrasted against an understated and vintage-inspired cream upper 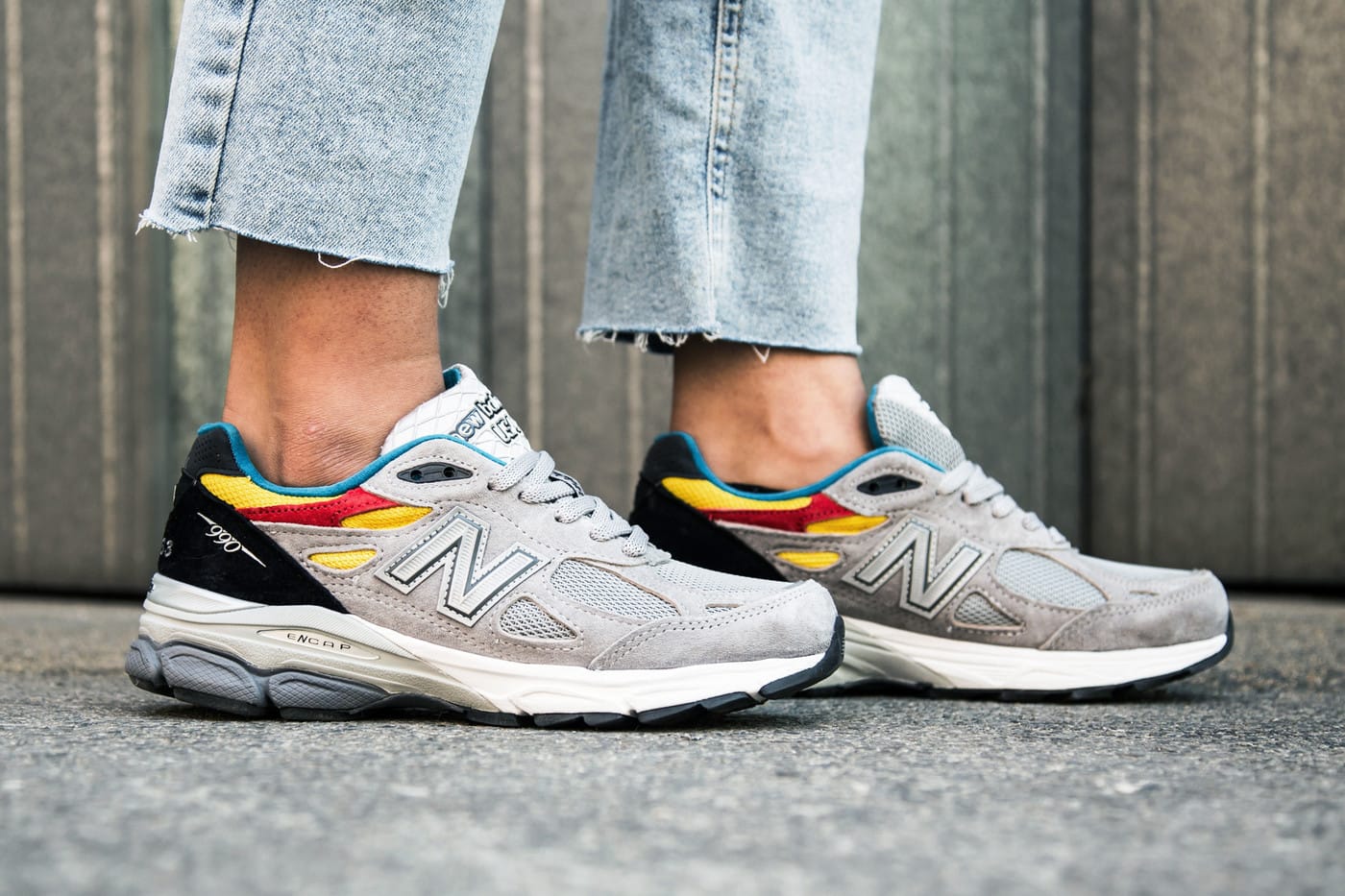 London-based label Aries kicked off its ongoing New Balance relationship with an extremely limited-edition release. Taking on the 990v3, Aries added pops of color to the iconic grey colorway. The resulting shoe features hits of red, yellow and blue around the heel — as well as ARI3S/ARIS3 embroidery — and released exclusively to mark the opening of Planet Aries back in 2018. 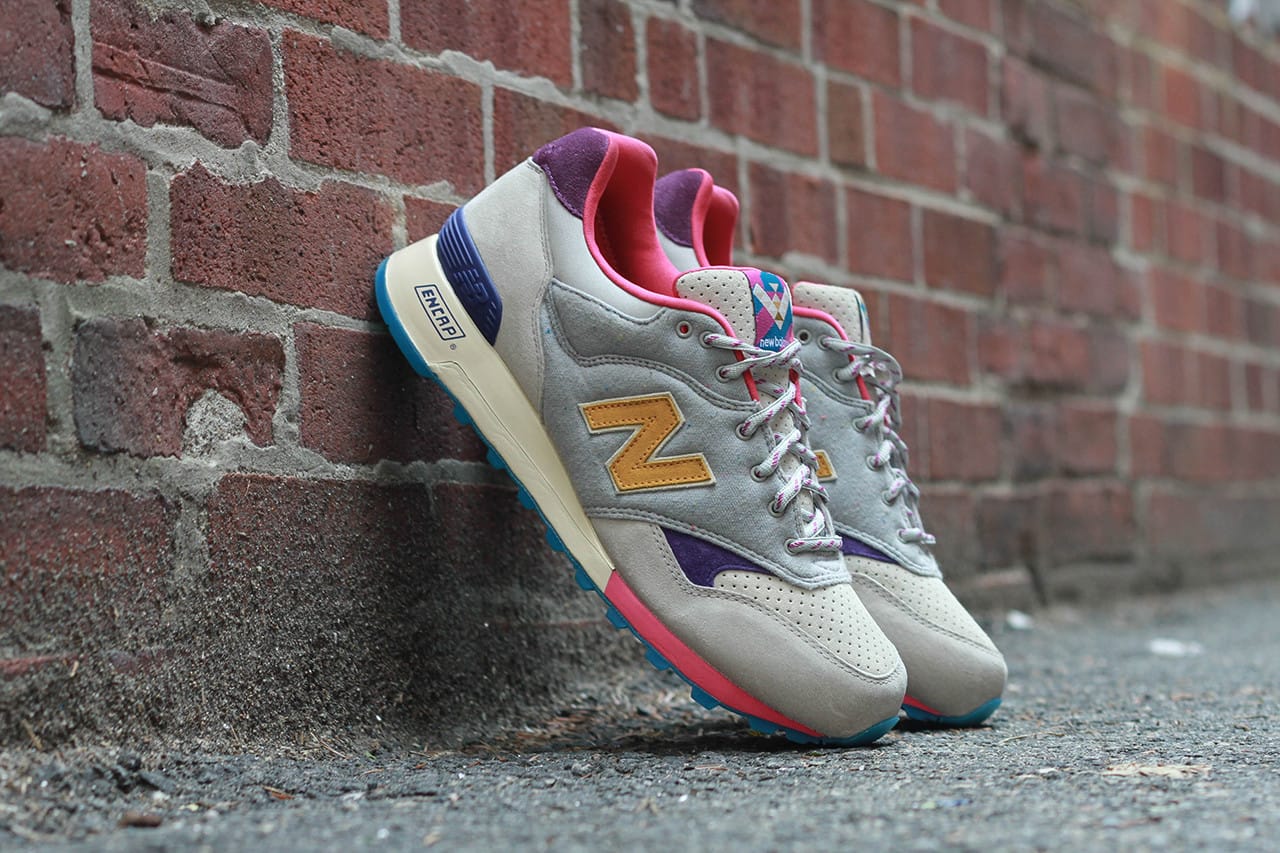 Bodega’s long-lasting run of New Balance collaborations includes the 577 HYPRCAT from 2013, which contrasts a grey upper with a series of eye-catching details. Hits of pink and purple adorn both the heel and forefoot, while the signature “N” logo is dressed in gold. Other features — including rope laces, a graphic tongue patch and custom insoles — make the HYPRCAT a collaboration to remember. 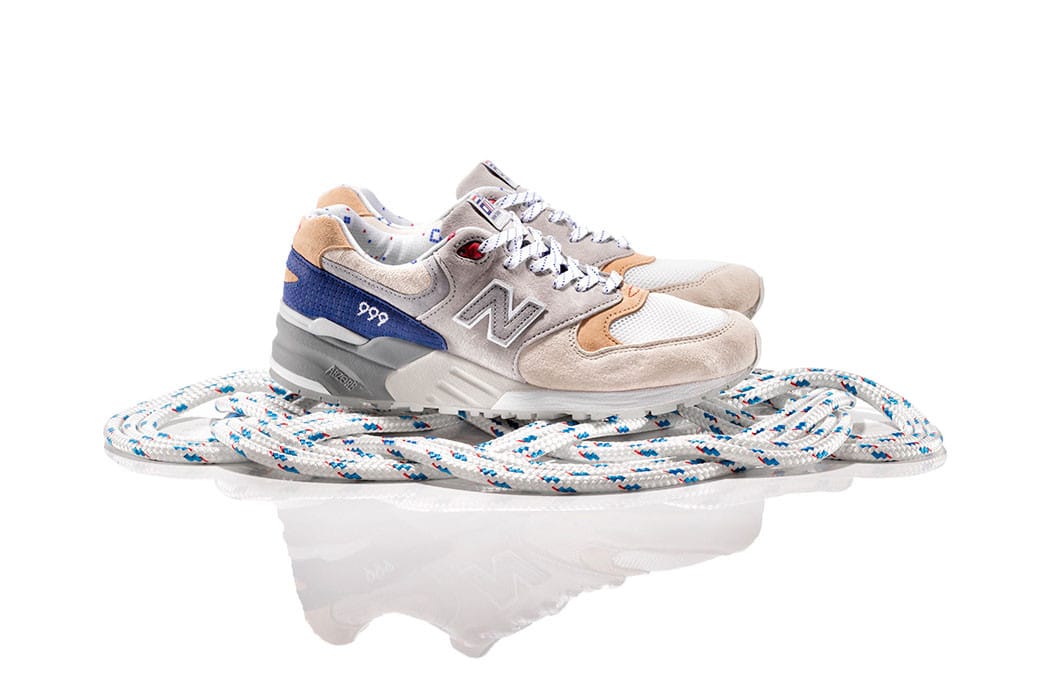 Concepts has a back catalogue of great New Balance collaborations, including the Luxury Goods release from 2015 and 2013’s 998 C-Note. The best of the lot, though, is the 999 “Kennedy,” which first arrived in 2011 before returning in 2017. The sneaker was inspired by the sailing culture of President Kennedy’s native New England, and featured sections of grey, beige and blue. When it re-released in 2017, it was described as a “Hyannis” colorway, taking its name from from the location of the Kennedy family compound. 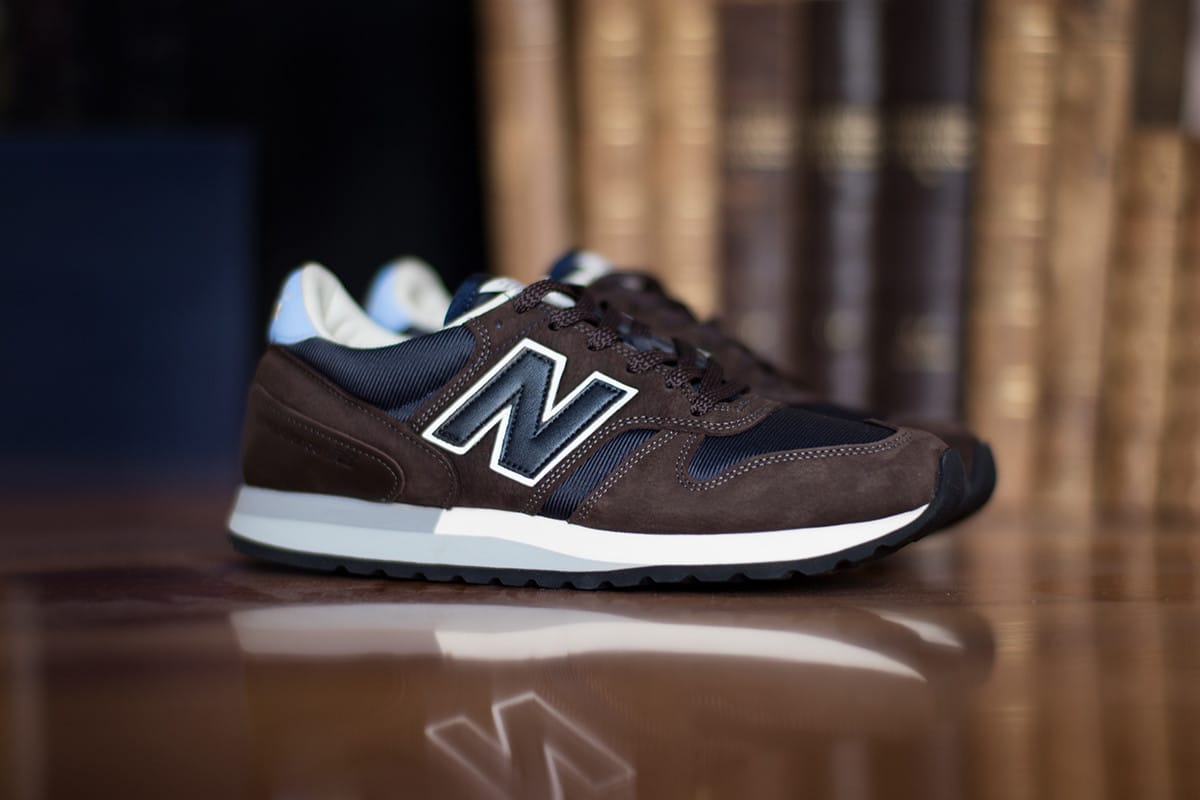 Copenhagen’s Norse Projects partnered with New Balance to shine a light on the 770, another silhouette that rarely gets the limelight. The “Lucem Hafnia” collaboration was inspired by the University of Copenhagen, and its “Brown Navy” and “Rainy Olive” colorways are a nod to the university’s library, while its title is taken from a Latin inscription on the main building, which translates as “The Eye of The Celestial Light.” 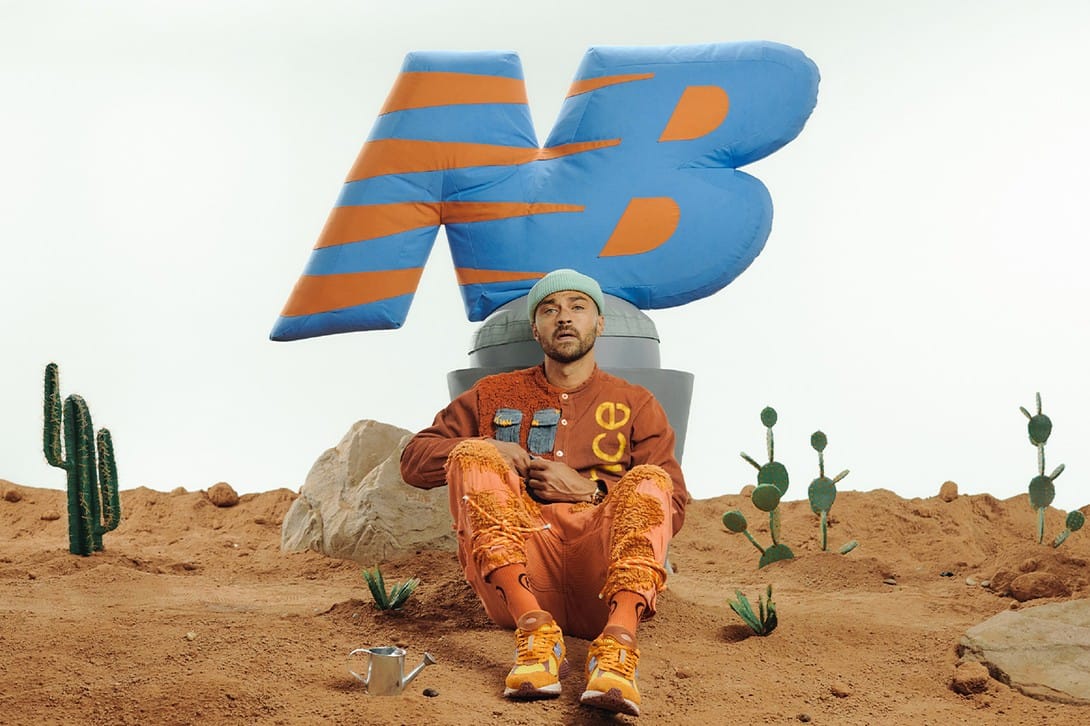 Footwear designer Salehe Bembury‘s take on the 2002R was an immediate hit, with the shoe reportedly becoming New Balance’s first to do more than one billion impressions on social media. The sneaker — which was rightly named one of HYPEBEAST’s shoes of the year — was Bembury’s first ever collaboration, and featured an eye-catching orange colorway inspired by Antelope Canyon. The color palette, which included various orange and blue shades, was drawn from the great outdoors, and showcased the collaboration’s “Peace be the journey” theme. 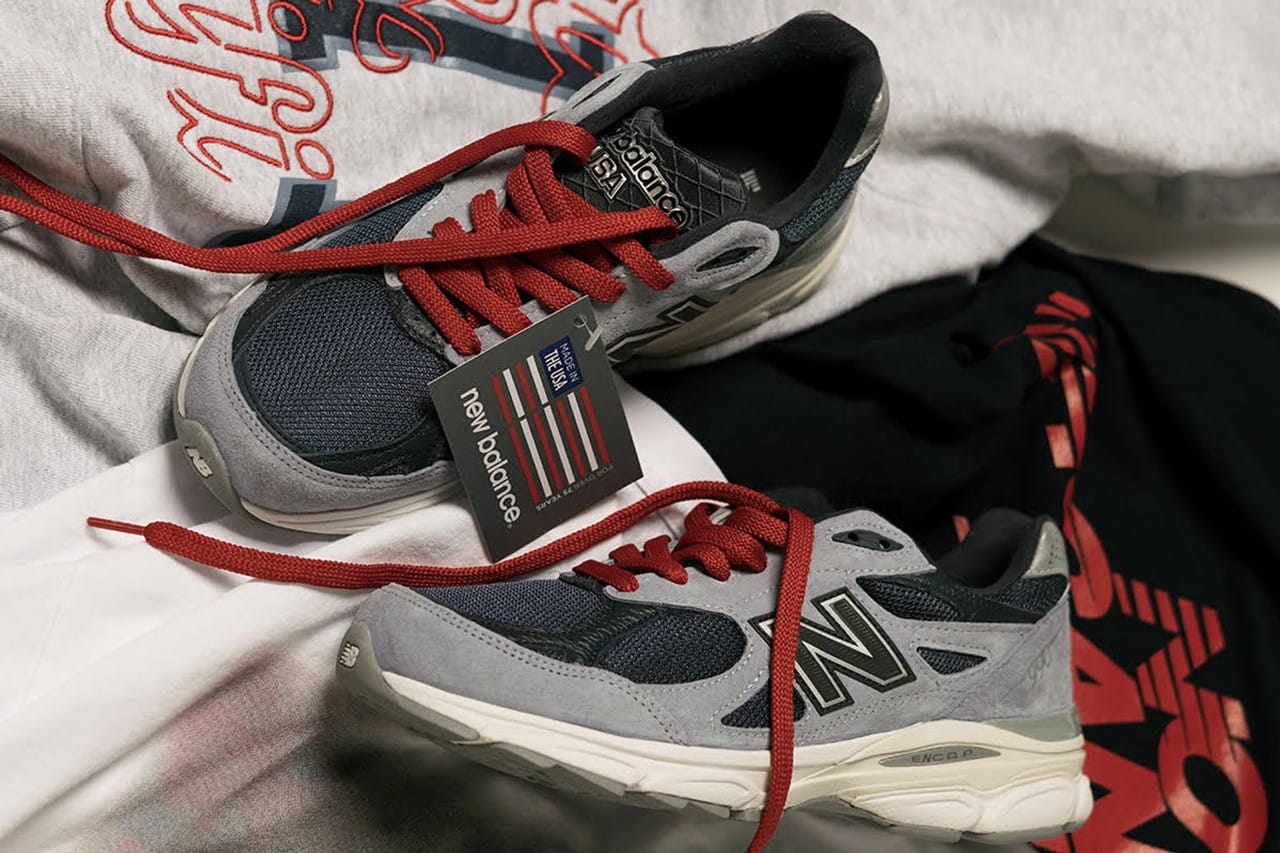 No Vacancy Inn — the label led by Tremaine Emory and Acyde — presented its “Water & WIFI” collaboration with New Balance back in 2019. The sneaker is notable for its colorful upper, which mixes tonal blues and navies with hits of red on the laces and the heel. Its this bright red embroidery on the heel that gives the collaboration its name, with “WATER” appearing on the right foot, while “WIFI” is stitched into the left. 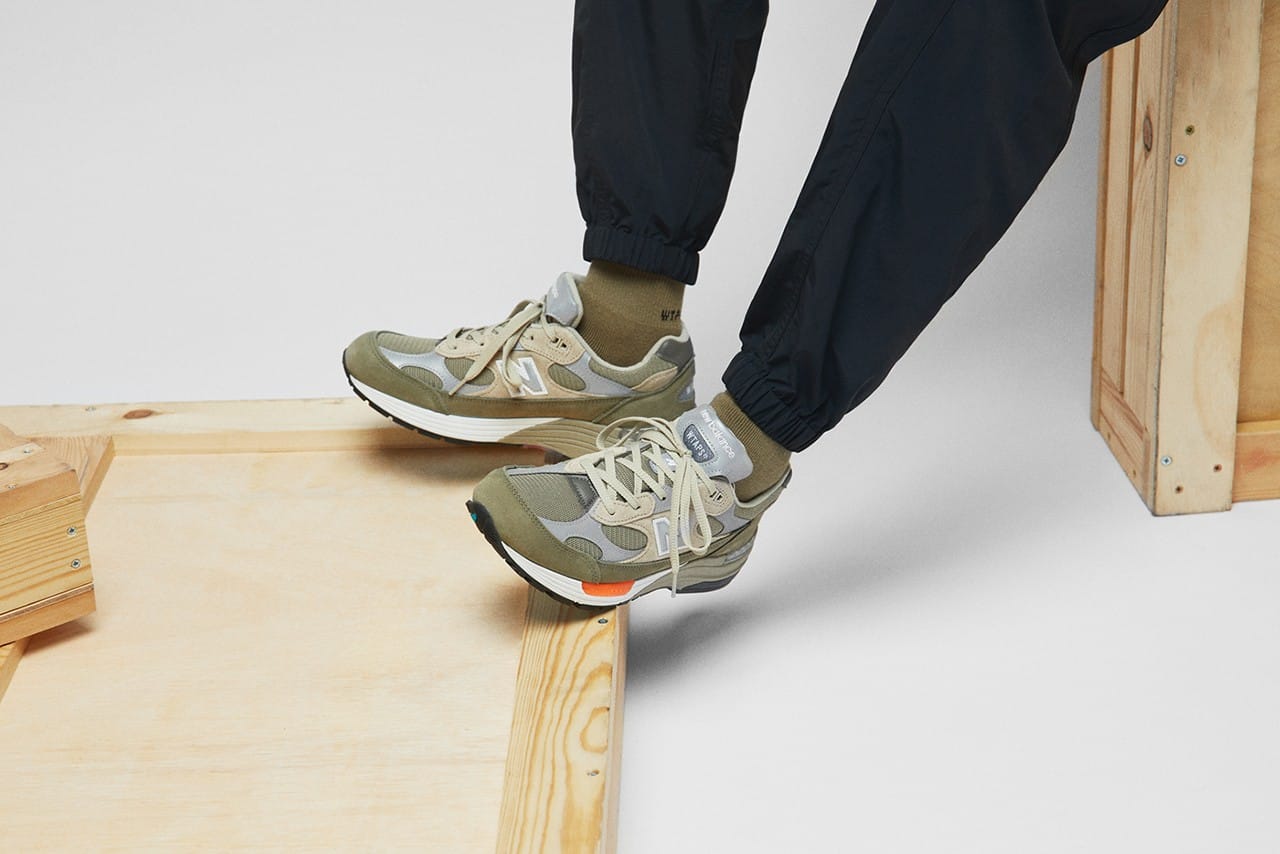 Cult Japanese label WTAPS carried over its military influence for 2020’s New Balance 992 collaboration. Dressed in the brand’s signature “Olive Drab” tone, details such as a bright orange section and touches of silver, continued the theme. Rounding off the collaboration was WTAPS branding on the sneaker’s heel and tongue. 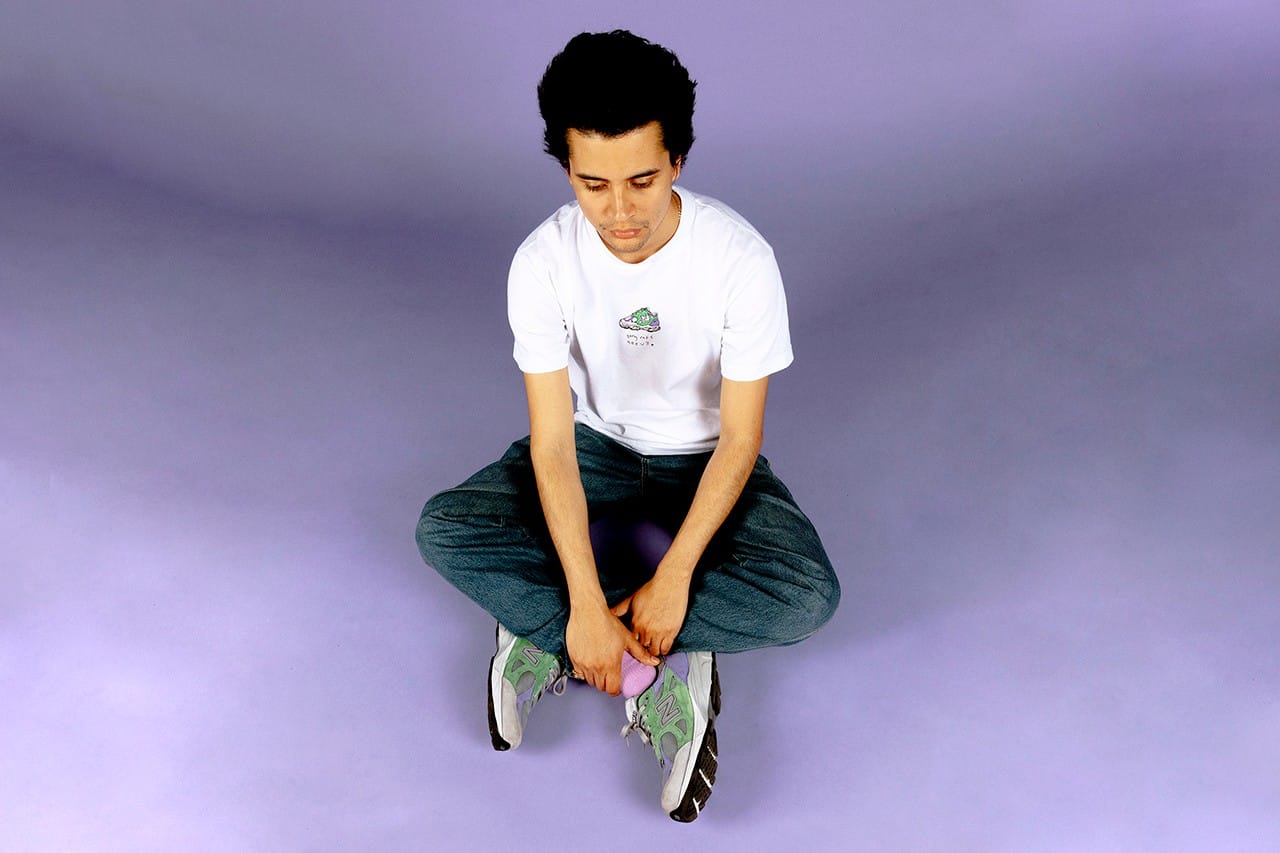 The second release from Stray Rats and New Balance’s ongoing collaboration, the 990v3 saw the Miami-based label take inspiration from the Joker. The sneaker sported New Balance’s traditional grey as a base, which was finished with a color palette that referenced the character. Hits of purple and green — carried over from the first collaboration — adorned the upper, while black “SR-86” branding was embroidered into the heel. To make the influence even clearer, Stray Rats released the sneakers alongside an apparel collection featuring illustrations of the Joker. 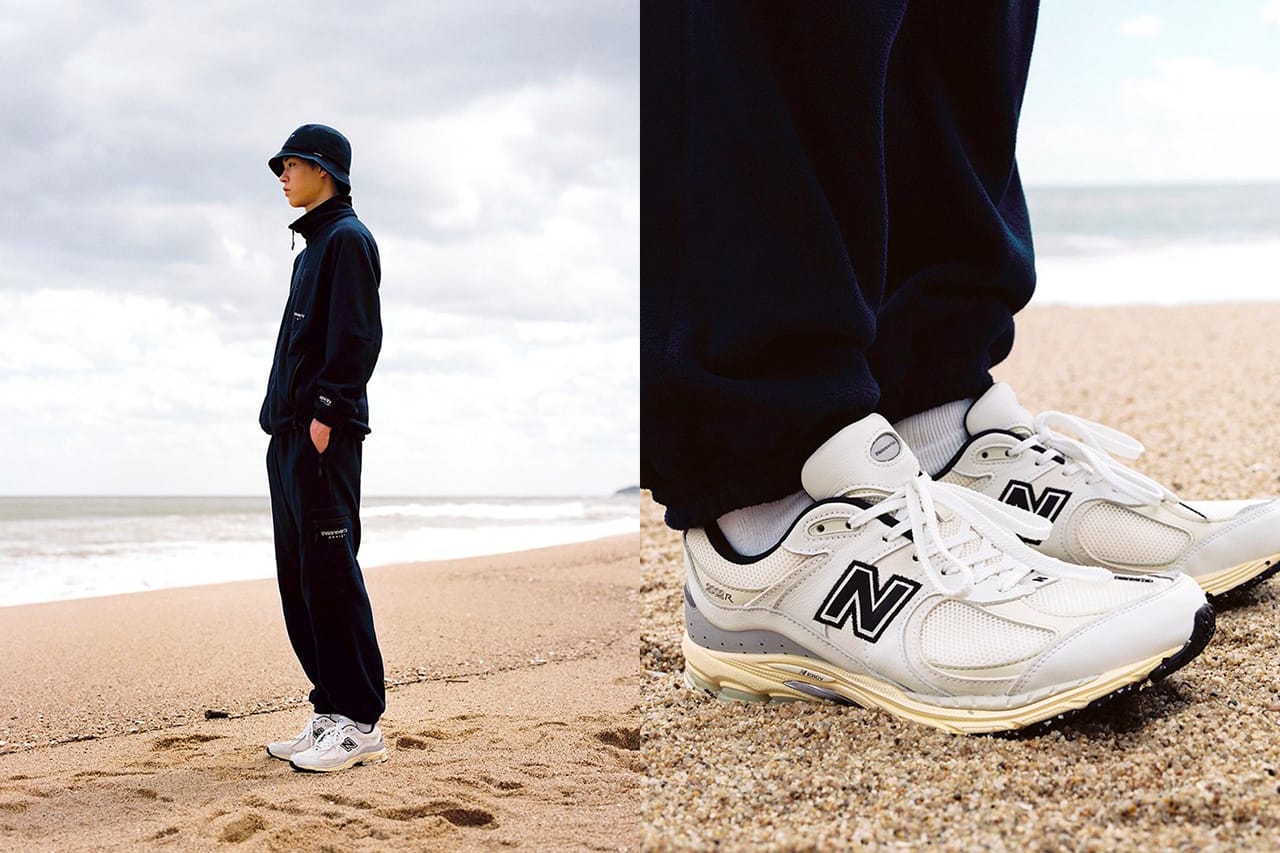 Korean label thisisneverthat stripped things back for its third New Balance collaboration. Based around the 2002R silhouette, the capsule featured two vintage-inspired colorways that referenced New Balance sneakers of the late ‘90s and early ‘00s. The stand-out colorway contrasted a white upper with hits of cream and a yellowed sole unit, all of which combined to make the sneaker appear as if it had actually been produced in that period. 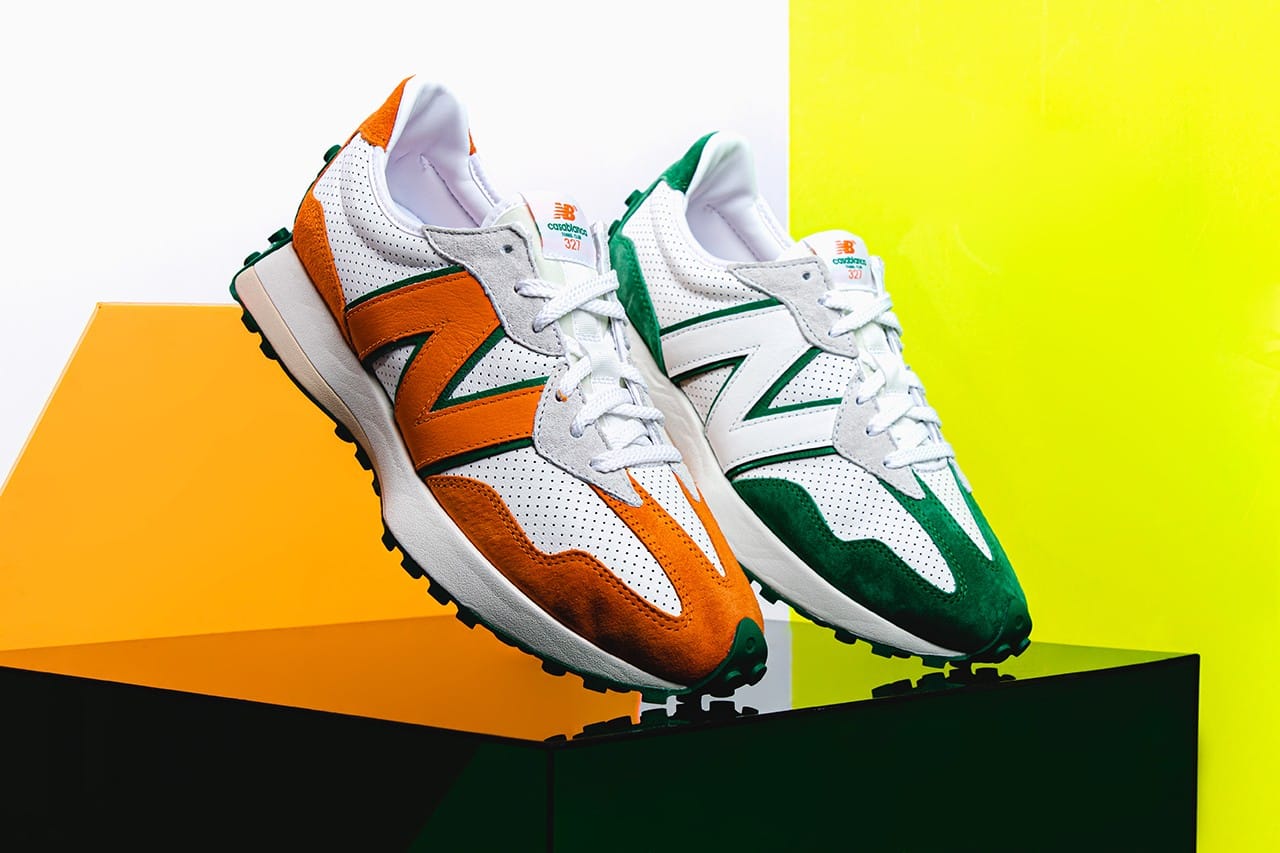 Charaf Tajer’s Casablanca label has become a staple New Balance collaborator, but it was their first joint release that put the partnership on the map. Introducing the 327 silhouette to the world, Casablanca delivered two colorways that referenced the brand’s luxury and apres-sport aesthetic. The first colorway was a mixture of green and orange — a nod to Moroccan sweet oranges — while the second shoe sports notes of white and green that recalled tennis uniforms. Continuing the tennis influence, both colorways were finished with a “Tennis Club” tag on the tongue. 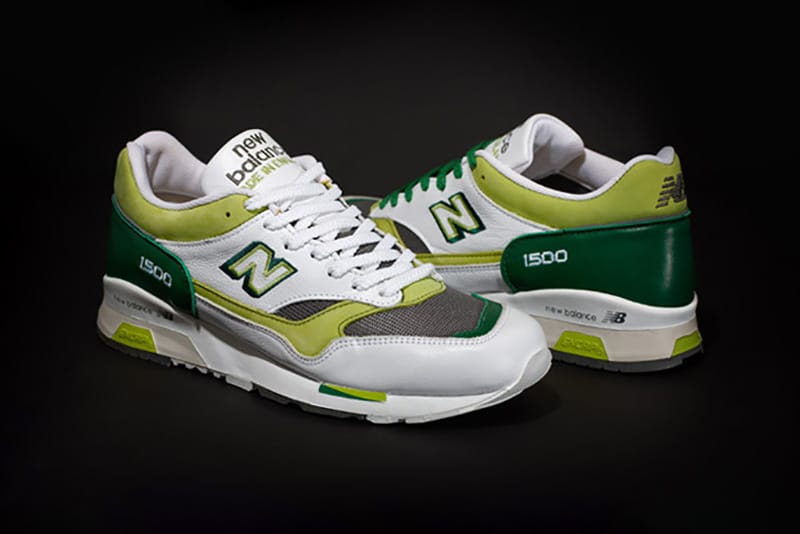 Way back in 2011, UK-based footwear retailer Crooked Tongues partnered with New Balance for a Made in England release. The collection featured two 1500 colorways, although the stand-out sported hits of tonal green notes across the upper and around the “N” branding, which contrasted against the white upper. The footbed also declared that this was the “Crooked Edition” of the sneaker. 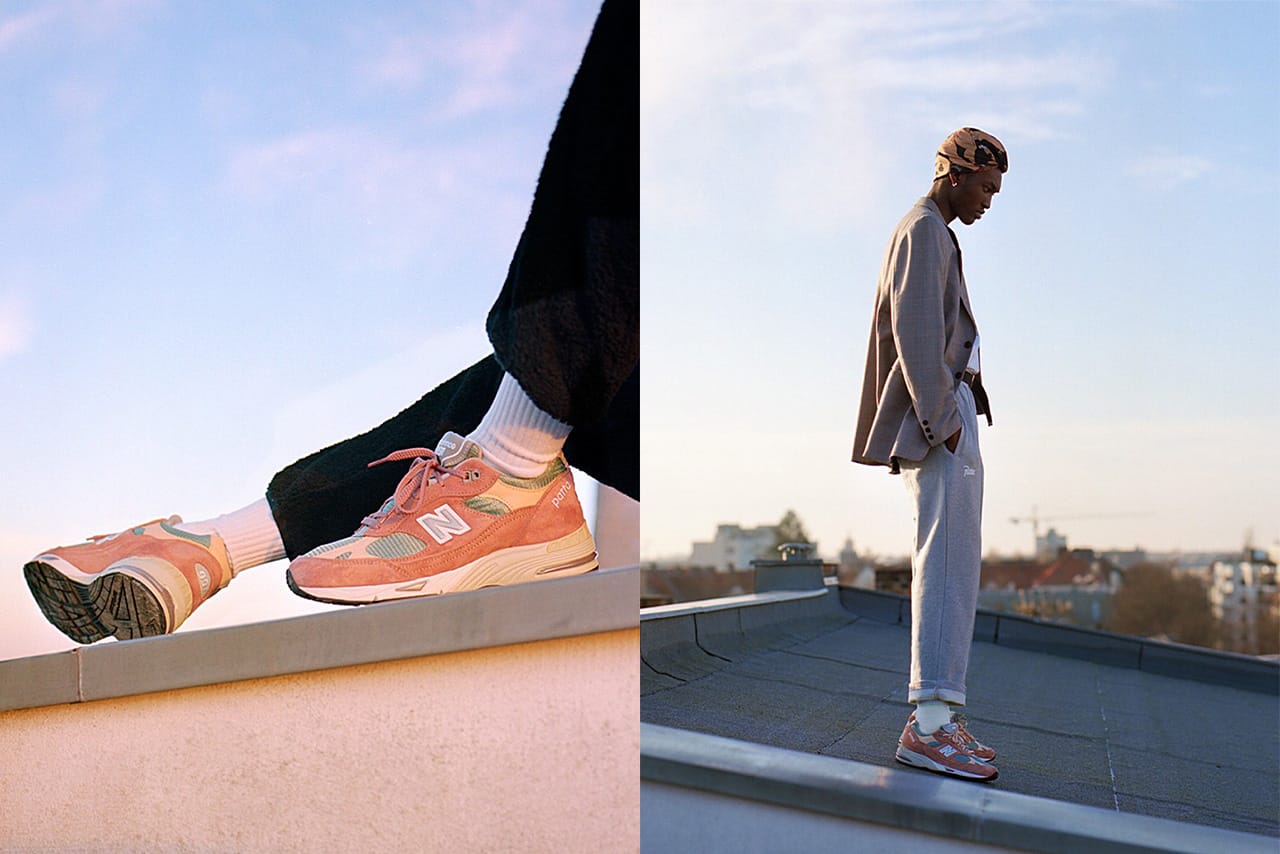 Amsterdam stalwart Patta linked up with New Balance to celebrate the 20th anniversary of the 991 silhouette. Arriving in January of this year, the sneaker sported an earthy colorway with notes of “Cork,” “Light Petrol,” “Peach” and gray across the upper. Other features of the design included Patta’s name embroidered into the side, New Balance’s signature “N” logo and an ABZORB midsole, with the 991 being the first ever New Balance silhouette to boast the cushioning back in 2001.
Source: Read Full Article