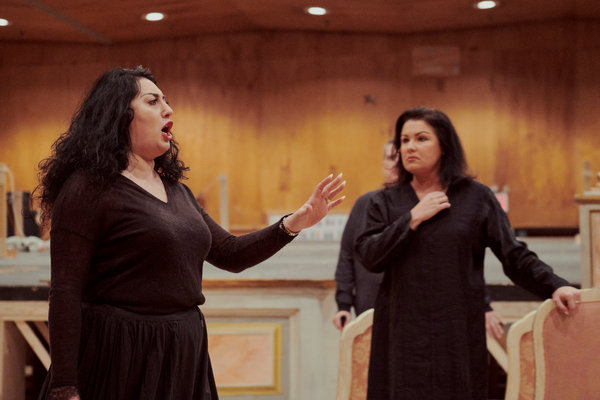 [Read all of our classical music coverage here.]

I hope you’ve been having hilarious and peaceful holidays, listeners, and all best wishes for a happy new year.

If you’re lucky, you might be spending New Year’s Eve at the Metropolitan Opera, which is unveiling a starry new production of Cilea’s potboiler “Adriana Lecouvreur,” starring Anna Netrebko, Piotr Beczala — and Anita Rachvelishvili, who Riccardo Muti calls “without doubt the best Verdi mezzo-soprano today on the planet. Without. Doubt.” 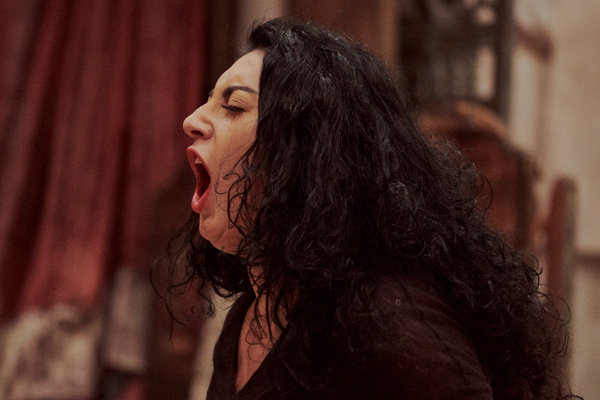 There’s a bunch to listen to, but I’ll highlight two: Ms. Rachvelishvili’s superbly stylish and intense “Stride la vampa” from “Il Trovatore” and Lyubasha’s mournful song from Rimsky-Korsakov’s “The Tsar’s Bride” (in a fascinating contemporary-media production by Dmitri Tcherniakov that really should come to New York).

In other news, Alex Marshall reports on the swift return of two star conductors, Daniele Gatti and Charles Dutoit, temporarily sidelined by #MeToo allegations. (The classical field has been mostly silent.)

In a season of boys’ choirs, some are asking: Why no girls?

May your bubbly be sweet! See you next week. ZACHARY WOOLFE

The traditional way young musicians gain expertise is by studying over many years with trusted teachers. The New York String Orchestra offers a different approach: intense immersion. Each December, gifted student musicians come to New York for 10 days of concentrated work under the auspices of the Mannes School of Music. They are coached in chamber music and prepare two orchestra programs for performance at Carnegie Hall. The violinist and conductor Jaime Laredo, who has directed the institute for the last 25 years, led the 64 members of this year’s orchestra, ranging in age from 16 to 23, in its 50th annual Christmas Eve program. The group opened with a dark and somber account of Mendelssohn’s “Hebrides” Overture, followed by a crisp performance of Vivaldi’s Concerto for Four Violins featuring stellar soloists: Pamela Frank, Jinjoo Cho, Bella Hristova and Kyoko Takezawa. A performance of Beethoven’s Fourth Piano Concerto with the brilliant pianist Yefim Bronfman captured both the majestic and mysterious elements of the music. Mr. Laredo, tireless at 77, has long been a dedicated teacher. Here he is as a soloist and conductor in Bach’s Double Concerto with a youth orchestra in his native Bolivia. He also frequently performs chamber music with ensembles mixing longtime colleagues and musicians he has mentored, as he does in this account of Franck’s Piano Quintet in F minor. ANTHONY TOMMASINI

Most families wait until children are around six or seven before bringing them to the New York City Ballet’s beloved production of “George Balanchine’s The Nutcracker.” But I recently took my youngest nephew, just four and a half. His reactions gave me insights into what might make the performing arts captivating to small children. During the first scenes, he was drawn into the family drama, especially the character of the misbehaving brother Fritz, and into the fantasy of the tale.

“Are the mouses bad?” he asked. I said that the mice are certainly up to no good, but also kind of funny. “Is this magic?” he asked about the fantastical stage effects. I said sort of, though it’s just a play, which didn’t seem to settle the question for him. In Act II’s Realm of Sweets, I was surprised to see him engrossed by the dance episodes, like the Waltz of the Flowers. Watching 14 live ballerinas in colorfully matched costumes leaping and spinning to Tchaikovsky’s waltzing music played had to have been a strangely unreal experience for him.

That he asked nothing about it confirmed this for me. As we headed home, Cruz, looking serious, told me, “You don’t talk the truth.”

“The mouses were real,” he said. ANTHONY TOMMASINI