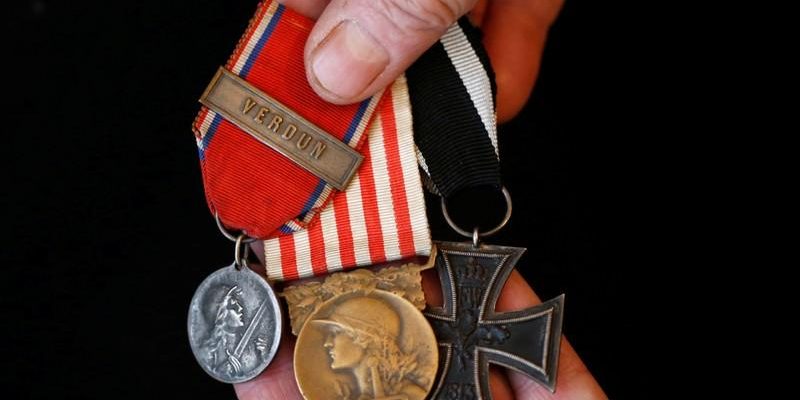 BALMA, France (Reuters) – Vases carved out of shrapnel are displayed next to soldiers’ uniforms and a warplane figurine made out of the remains of a Zeppelin: welcome to the World War One-themed home of Chantal and Serge Giudice.

The two French collectors are preparing to mark the 100th anniversary of the end of the war by opening up to visitors their home and the 3,000 or so objects it contains related to the 1914-1918 conflict.

The Giudices, from the town of Balma, near Toulouse in southwestern France, have been collecting the souvenirs for more than 20 years, a passion stemming from 56-year-old Chantal Giudice’s childhood.

“Instead of playing with dolls, I’ve always been surrounded by uniforms, military equipment,” she said. “That passion took me over and it has never left me since.”

Mannequins dressed in uniforms worn by soldiers and nurses during World War One are scattered around the house, in a collection that aims to recall the violence of the era, said her husband, Serge Giudice, 66.

Posters calling on troops to head to the trenches hang on the walls, next to figurines carved out by soldiers in the trenches from bullets and shells.

“With objects from the war, they succeeded in creating marvellous objects, true pieces of art,” Chantal Giudice said.