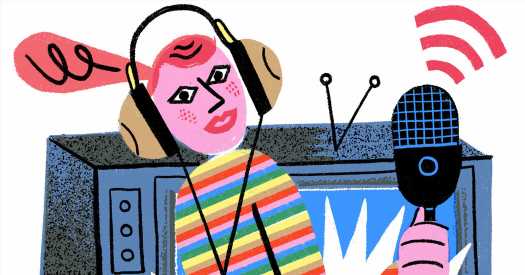 These shows will help you go deeper on your favorite small-screen series, whether cult classics or current staples. 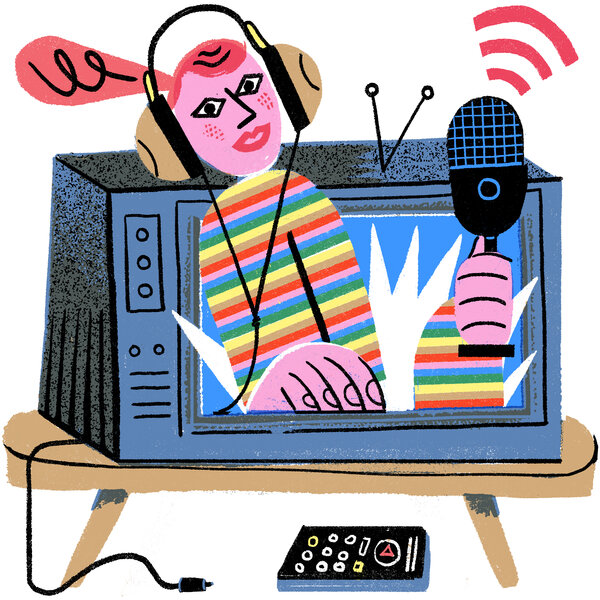 TV recap shows are among the oldest of podcast genres, and they’ve become even more plentiful during a Golden Age of television.

As podcasts have exploded in popularity, actors from numerous series have started their own recap shows, in which they share behind-the-scenes anecdotes and nostalgic reflections. The quality of those star-led offerings can vary wildly, however, and the most rewarding episode-by-episode discussions are often hosted by die-hard fans who know a series inside out.

Here are six of the best episodic recap podcasts — of both those types — to help you go deeper on your favorite small-screen shows, whether cult classics or current staples.

There’s no shortage of podcasts about “Buffy the Vampire Slayer,” the beloved series that followed Sarah Michelle Gellar as a teenage girl tasked with facing down the forces of evil. But this savvy, creative show, hosted by Jenny Owen Youngs, a musician, and Kristin Russo, an L.G.B.T.Q. activist, is special — not least because each installment ends with an original song inspired by the episode. Both Owen Youngs and Russo are queer women, and they approach “Buffering the Vampire Slayer” with an eye for marginalized viewpoints and systemic injustice. That often makes for frank discussions about the aspects of the series that haven’t aged well — particularly given recent accusations of misogyny against its creator, Joss Whedon — but that never takes away from the hosts’ clear love for “Buffy” as a flawed but powerful feminist text.

Starter episode: “Welcome to the Hellmouth”

An early example of a recap podcast co-hosted by one of the show’s stars, “The West Wing Weekly” avoids the pitfalls that can come with that setup. But Joshua Malina’s tenure on the NBC drama was an unusual one: His inscrutable character, Will Bailey, joined at a tricky moment midway through the series, shortly before the contentious departure of its creator, Aaron Sorkin. As the actor still wryly notes in his Twitter bio, he’s considered by some fans to be among the elements that “ruined The West Wing.” Malina, with that self-deprecating tone, and his co-host, the “West Wing” superfan Hrishikesh Hirway (known to many podcast fans as the creator of “Song Exploder”), make for a winning combination. Guests since the show’s debut in 2016 have included Sorkin, nearly all of the main cast members, and political figures who were fans of the show, like Pete Buttigieg and Canada’s prime minister, Justin Trudeau. “The West Wing” has became a popular comfort watch for viewers seeking to escape into a more noble version of Washington, D.C., and the hosts’ rapport is a soothing side order, striking a tone that’s irreverent yet heartfelt.

Have you ever watched the pilot of a show, followed immediately by the finale? The answer is probably no, because it’s an ill-advised (not to mention ridiculous) way to actually experience a show. But it does make for an entertaining podcast. Putting a comedic spin on the traditional recap format, Alan Sepinwall, the chief TV critic for Rolling Stone, invites a different actor onto the show each week for a crash course in a classic series they’ve never seen. Much of the fun comes from the deliberate dissonance between guest and subject — Jon Hamm of “Mad Men” shows up to deconstruct “Gossip Girl,” and the comedic actress Eliza Coupe (“Happy Endings,” “Scrubs”) gets to grapple with “Breaking Bad” — as well as the guests’ bemused attempts to figure out the arc of a show having seen only the beginning and end.

‘A Cast of Kings’

HBO’s fantasy behemoth “Game of Thrones” is tailor-made for intensive recapping, thanks to the dense mythology of its fictional world, its twist-filled storytelling, and its endless controversies. So unsurprisingly, there’s a dizzying array of “Thrones” recap shows to choose from — even one meant to send you to sleep — but this is one of the most consistent and sharp. Hosted by David Chen, a veteran podcaster, and Joanna Robinson, a cultural critic who is one of the internet’s most well-known “Thrones” commentators, “A Cast of Kings” provides detailed insight into every episode, and doesn’t shy away from critiquing the show’s blind spots when it comes to gender, race and sexual violence. It’s also spoiler-free, making it an ideal companion for those who are belatedly catching up on the show. And for those who’ve made it through all eight seasons of “Game of Thrones,” the podcast recently returned to cover the new prequel series, “House of the Dragon,” with the entertainment writer Kim Renfro replacing Robinson.

Bald Move was one of the earliest players in the fan-hosted TV podcast game, and has been producing recap shows for buzzy dramas and genre shows like “Justified” and “The Walking Dead” since 2010. The company’s “Breaking Bad” series might be the best showcase for the affable dynamic between the co-hosts Jim Jones and A. Ron Hubbard, who deliver analytical run-throughs of each episode that hold up just as well today. Although the podcast began during the fourth season of “Breaking Bad,” Jones and Hubbard have since gone back to recap the earlier seasons. With palpable enthusiasm, the duo delve into the psychologically nuanced story of Walter White, the chemistry teacher turned meth king, unpacking the deeper meanings of the show’s characters, visuals and even some of the misogynistic elements of its fandom.

The cozy dramedy “Gilmore Girls,” which followed the quirky lives of a fast-talking mother and daughter in small-town Connecticut from 2000 to 2007, found legions of new fans once Netflix began streaming episodes seven years after the finale. “Gilmore Guys,” hosted by Kevin T. Porter and Demi Adejuyigbe, took off that same day in October 2014. Porter grew up watching the show, while Adejuyigbe comes to each episode fresh, which makes for a more layered conversation than might have been had between two devotees. Over more than 200 episodes, Porter and Adejuyigbe have built up a following almost as dedicated as the one for the series itself, thanks in part to the reliably hilarious and insightful riffs from guests like the comedian Jason Mantzoukas and the writer Sarah Heyward.

Starter episode: “They Shoot Gilmores, Don’t They? (with Jason Mantzoukas)”