ARLES, France — It is a daunting task to pick through the huge choice of photography exhibited this summer at the Rencontres d’Arles — all the more so in this season’s baking heat.

In addition to more than 50 shows listed in the program of the prestigious international photography festival, dozens of additional venues in the city and around it in the South of France have joined in celebrating the medium.

This year is the 50th edition of the festival, and while much of the Rencontres d’Arles program is dedicated to 20th-century photography, space has also been made for contemporary artists.

Six rising photographers with work at Arles explained their approaches to the art form. Here are edited extracts from their explanations. 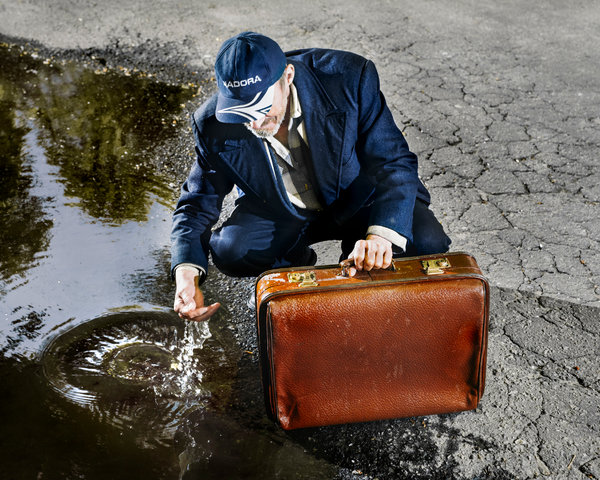 I went to Ukraine in 2015. The country has a history of famine, wars, revolutions, annexations. Ukrainians of all generations are deeply connected by these memories. I wanted to explore how they experience life today and their hopes for the future.

I spent 50 days walking the streets of Kiev with an interpreter, talking with people and shooting pictures that combined their story with my views. As a Belgian and outsider, I question who I am to tell these other people’s stories, so I prefer to build a narrative with them.

It was an exchange, and I actually question the authorship of these photographs a lot. I didn’t want my name on the cover of the resulting book, which I called “Let Us Not Fall Asleep While Walking,” but the publisher overruled me.

One single image can combine what is visible and what is outside the frame, suggesting the narrative of what came before and what comes after, just like a movie.

Hey! What’s Going On
Through Sept. 22 at the Fondation Manuel Rivera-Ortiz.

While working on a project about Monet’s paintings of cathedrals, I opened a 1950s book on French architectural heritage to a page showing the cathedral of Bourges. I became transfixed by the slow progression across the image of shadows cast by my studio’s window frames. It was deeply moving to watch and wait, anticipating the inevitable outcome — when the shadow would completely darken the photograph.

I shot the sequence in 126 photographs. It is a contemplative, multilayered body of work — timeless shadows recording the passage of time photographed over images of a cathedral 10 centuries old. As darkness engulfs the cathedral, it feels like a last breath.

I also printed other images from the book in heat-reactive ink: The cathedral naves slowly emerge when warm sun rays pass over the print, and disappear afterward.

In the past, I have created tapestries with hidden images woven in phosphorescent thread visible only at night. The elasticity of time and space — revealing the invisible — is central to my work.

I was born in Shanghai, and “Experimental Relationship” was shot with my Japanese boyfriend, Moro, whom I met 14 years ago at Memphis University. I started shooting playful portraits of him, but then I included myself.

The scenes reflect our roles in our relationship, the fact that I am in charge of a lot of things for both of us, which can feel heavy, but also that he takes care of me in many ways. He is often the one triggering the shutter release, when he feels it’s the right moment.

My vision of a man’s body is not the mainstream masculine type. I look for what is closest to me and doesn’t feel threatening. I think men and women are not that different.

I couldn’t have done this work while living in China, where female-male roles are very specific and I grew up learning to hide my thoughts. In the U.S.A., I feel completely free.

Experimental Relationship
Through Sept. 22 at the Croisière.

“In Jesus’ Name” is part of a trilogy on economic, political and religious power. I worked within a evangelical church in my native Switzerland, the International Christian Fellowship, for over a year.

When the resulting book was published, the I.C.F. leaders filed a complaint and had the courts prohibit its sales. The book reflects my personal view of what I had been given permission to photograph, whereas they were expecting something more promotional.

I now show the images with banners covering the faces; on them is the exact wording of what the I.C.F. a said about each photo.

One image shows a young woman at a summer camp playing with a water pistol, arms outstretched Joan-of-Arc-like. To me she is highly symbolic of the evangelical crusade. The I.C.F. said that “the photo could be read as a case of sex and violence.”

In Jesus’ Name
Through Sept. 20 at the Fisheye Gallery.

I long viewed Turkey as a model of democracy for the Middle East, and as a Frenchman I hoped it would join the European Union. But after the huge crackdown on opposition and journalists and the brutal resumption of the war on the Kurds, reality kicked in.

I looked back over a century and realized that ever since the Armenian genocide, Turkey had methodically erased people, places and memories that came in the way of the rulers’ view of the nation. What ceased to be seen or mentioned simply disappeared.

In this work, I focus on the continuing conflict with the Kurds, which it is forbidden to mention in Turkey. I printed satellite images of Diyarbakir, in southeastern Turkey, then literally cut out the historic district of Sur, which is listed as a Unesco World Heritage Site, and which I’d seen reduced to rubble in 2015.

I also used a photograph I’d shot in 2012 of Kurdish fighters and, with Photoshop, removed them and the surrounding smoke from the image. The resulting landscape is empty and uninteresting looking, as if the war had never taken place.

When the Clouds Speak
Through Sept. 22 at the Cloître Saint-Trophime.

Some time after obtaining my art degree, I stacked a pile of my belongings on a chair at home and photographed them. Then I stacked my living room, then other spaces in my house and eventually tried with an entire building nearby, then others in the Netherlands (my country), then Russia and Gaza.

My installations are a form of farewell to buildings scheduled to be destroyed.

I pierce ceilings, dig into the basement, knock down walls. Using the rubble and discarded materials found in the area, I create a temporary parallel world, an inner mental space cut off from the outside, open to visitors for an immersive experience.

I photograph it before it is destroyed, and then move on to my next project.

In Arles I was invited to work in a condemned garage building. This installation will soon be destroyed along with the garage to make way for a cinema. I see my works as large-scale 17th-century Dutch vanitas.

Construction and destruction, order and chaos, the end and a new beginning — this is the essence of the human condition.

Destroyed House
Through Sept. 22 at the Croisière. 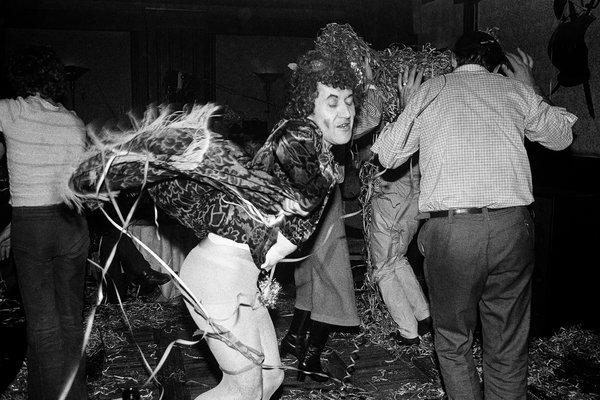 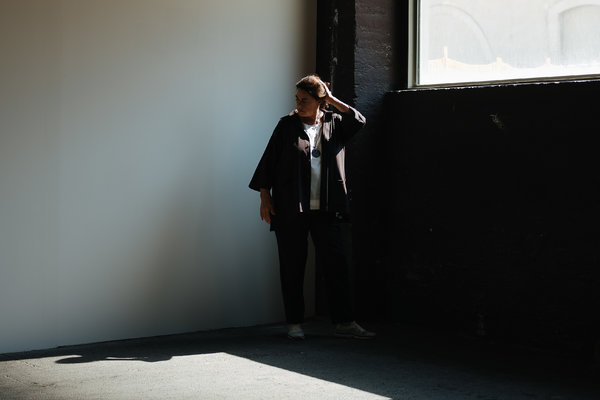