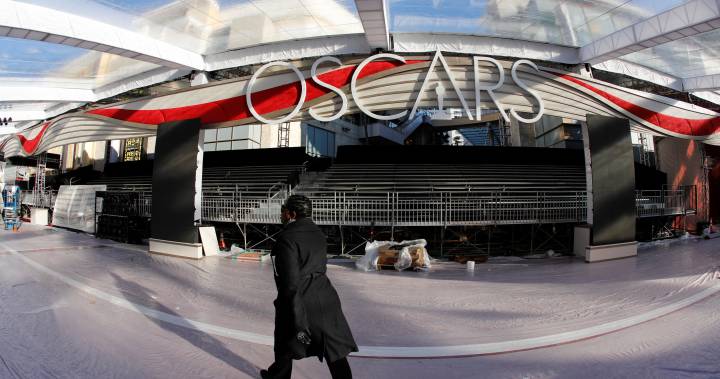 NEW YORK — A winter of discontent for the Academy Awards will culminate Sunday in an Oscar ceremony that may lack a host but isn’t missing intrigue.

The run-up to the 91st Academy Awards has been a series of missteps and backtracks by the Academy of Motion Pictures Arts and Sciences. A new best “popular film” category was in, and then it was out . Kevin Hart was host and then he wasn’t. Some categories were removed from the live broadcast, and then they were back.

But if the script this Oscar season has been constantly rewritten, the film academy is hoping for a Hollywood ending (and much better ratings than the all-time low viewership last year .) ABC’s telecast will begin at 8 p.m. EST following the usual red carpet festivities. The show is available for livestream via ABC in some cities to users with a participating TV provider.

After some unlikely Los Angeles weather — to much local fanfare, it snowed in parts of the city on Thursday — sunny skies are expected for red carpet arrivals.

Producers Donna Gigliotti and Glenn Weiss have pledged that the show will be speedier this year , even though its initial goal of a three-hour broadcast has faded. Kicking things off will be a performance by Queen, featuring Adam Lambert, to celebrate the best picture-nominee Bohemian Rhapsody.

In the academy’s favour is a popular crop of nominees: Bohemian Rhapsody, A Star Is Born and, most of all, Black Panther have all amassed huge sums in ticket sales. Typically, when there are box-office hits (like Titanic), more people watch the Oscars.

But just how many people have seen one of the top nominees and the film favoured to win best picture — Alfonso Cuaron’s Roma — remains unknown. Netflix has declined to give box-office results or steaming viewership. It remains a nominee unlike any other. Should Roma — a black-and-white, Spanish and Mixtec language film about a domestic worker in a Mexican family — win, it will be both the first Netflix movie to win best picture and the first foreign language film to do so.

Yet this year’s race has been maddeningly unpredictable , with the usual predictive awards being spread across contenders such as Peter Farrelly’s Green Book, a divisive period dramedy about a black pianist (Mahershala Ali) and his white chauffer (Viggo Mortensen); the royal romp The Favourite; and Ryan Coogler’s Marvel sensation Black Panther, which could become the first superhero film ever to win Hollywood’s top award.

Other milestones are possible, too. Though Cuaron is favoured for best director, a win for Spike Lee (BlacKkKlansman) would make him the first black filmmaker to ever win the award. Lee has said he likes his film’s underdog position as a “dark horse — pun intended.” Lee and his fellow screenwriters are also up for best screenplay, which would give the 61-year-old Lee his first competitive Oscar.

Many also expect Glenn Close, in her seventh nomination, to finally win one. She’s the front-runner for best actress for her performance in The Wife, a film about the overlooked and under-honoured spouse of an acclaimed novelist. Though Lady Gaga began the season as the favourite, Close has won a string of awards leading up to the Oscars, including at Saturday’s Independent Spirit Awards where she brought her dog, Pip, along as a date.

One virtual lock: Marvel will win its first Oscar. Though Black Panther, up for six awards and could win in a number of categories, Spider-Man: Into the Spider-Verse is considered the overwhelming favourite for best animated film.

Last year’s Oscars followed the rise of the #MeToo movement, the launch of the gender equality group Time’s Up and the downfall of Harvey Weinstein. A year after best-actress winner Frances McDormand urged the adoption of an “inclusion rider” (a contractual stipulation for the diversity of a film’s cast and crew), numerous production companies, stars and one studio (Warner Bros.) have made similar pledges.

How much gender equality will be discussed at this year’s Oscars is unclear. Many have criticized this year’s selections for lacking a female nominee in the best director category (Greta Gerwig was the fifth ever last year) or a best picture nominee directed by a woman. Recent studies have shown that Hollywood improved on many counts in diversity and gender parity in 2018, but remains far from equitable for women and people of colour.

In the last few years, the academy has considerably increased its membership in an effort to diversify its ranks, which have historically been overwhelmingly white and male. In June, the academy invited a record 928 new members.

Several of this year’s nominees have been affected by sexual misconduct allegations. Bohemian Rhapsody director Bryan Singer, who was fired in mid-production, was accused of sexually assaulting minors ; he has denied it. Incredibles 2 producer and Pixar co-founder John Lasseter last year departed the Walt Disney Co. after acknowledging “missteps” in his behaviour with female employees. (He has since been hired by Skydance Media.)

After initially scaling back performance of best song nominees, four of the five songs will be performed. The exception is Kendrick Lamar and SZA, who will no longer perform “All the Stars” from Black Panther.