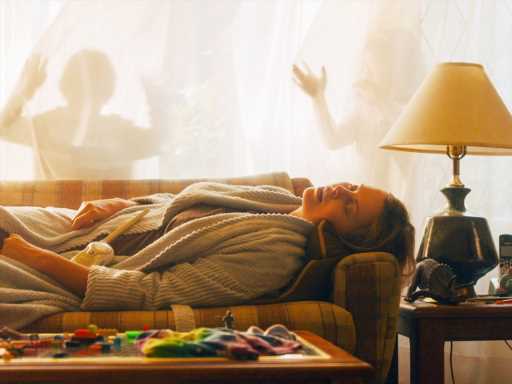 We don’t need to tell you this because you already know. But it still bears repeating — motherhood is complicated. It can be equal amounts messy, joyous, and difficult, but it’s always overwhelming. For years, it’s felt like mothers have endured the ups and downs of motherhood (but especially the downs) without really being able to talk about it. Are there other moms experiencing this too? Is one person’s experience of motherhood the same as everyone else’s?

Luckily, there are some movies out there that dare to be blunt and honest about motherhood in all its joys, sorrows, and stresses. Over the course of the 21st century especially, it’s felt like even more stories about the complexity of motherhood have vindicated what audiences may have assumed about motherhood, but never had confirmed.

So many movies, like 2018’s Tully for example, pull back the curtain and give a frank look at motherhood. In Tully, starring Charlize Theron, Marlo is a mom grappling with having her third child all while raising two young ones. It’s a deft look at the way mothers can grapple with postpartum depression and psychosis, while also showing that motherhood isn’t pretty by any means. It’s messy.

But there are also films that celebrate motherhood while showing how complicated it can be. Lady Bird and The Joy Luck Club focus on the relationships between mothers and daughters, while 20th Century Women shows that it can take a village (of women) to raise an adolescent boy. There’s a wealth of maternal experiences in these movies, and we hope there are more to come in the future.

Read on for more movies that don’t shy away from showing the harder parts of motherhood below.