Welcome to the weekend. The news was fast and furious this week. Michael Cohen, President Trump’s former lawyer and fixer, testified before Congress. Mr. Trump met with North Korea’s leader in Vietnam. March is coming in like a lion, weather wise. But now, it’s time to take a breath and catch up on some amazing journalism. 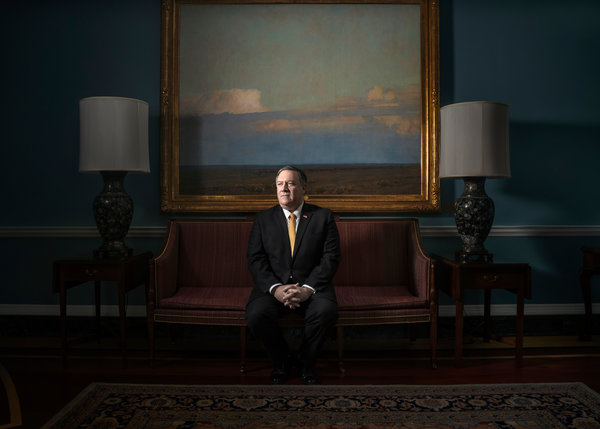 This week’s North Korea meeting was just the latest challenge in a larger balancing act for the secretary of state.

In a new documentary on HBO, two men accuse the star of sexually abusing them as children. Our critic Wesley Morris wrestles with their stories, and his own fandom. (Above: Michael Jackson, left, and one accuser, James Safechuck, on a plane in 1988.)

Have dark forces been messing with the cosmos

Axions? Phantom energy? Astrophysicists scramble to patch a hole in the universe, rewriting cosmic history in the process.

Inside the rise and fall of a multimillion-dollar Airbnb scheme

Multiple misleading identities, more than 100 host accounts and 18 corporations were created to run an illegal hotel business in Manhattan, according to a lawsuit filed by the city.

“Until it’s not funny anymore, it is funny,” the actor says.

‘Austerity, that’s What I Know’: The making of a young U.K. socialist

Alex McIntyre, 19, was brought up in a Britain being reshaped by government cuts. He gave up on capitalism after a year in college.

Rembrandt in the blood: An obsessive aristocrat, rediscovered paintings and an art-world feud

No one had spotted a new painting by the Dutch master for four decades — until the scion of a storied Amsterdam family found two.

[“The Los Angeles Art Scene Looks to the World”]

A ‘tradition’ omission: She had never seen ‘Fiddler’ until now.

Growing up in a traditional Jewish household made the legendary musical a piece to resent, not embrace. So much has changed since.

When they want a bite, locals head to their favorite bacaro for cicchetti, the Italian version of tapas. Here are seven of the best places to find them.

A new anthology, “Appalachian Reckoning,” pushes back against some of the generalizations in J.D. Vance’s best-selling memoir.

Just in case you haven’t had a minute to look at all the great fashion from the Oscars. Here’s a slide show for you!