Welcome to the weekend. This week, we looked back on the Parkland school shooting in Florida and the journey of the Mars rover. We also investigated claims of manipulative behavior by the musician Ryan Adams and the escape attempt of a Dubai princess. There’s some amazing journalism here, take some time to catch up. 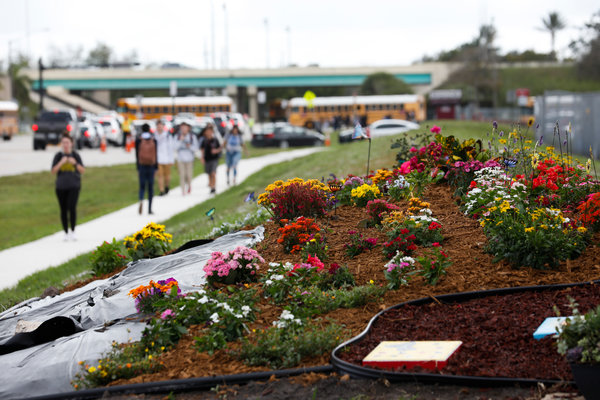 Parkland: A year after the school shooting that was supposed to change everything¶

Those at Marjory Stoneman Douglas High School knew their lives would be transformed by the massacre. Many had no idea of the many ways that would happen.

Several women say Adams offered to jump-start their music careers, then pursued them sexually and in some cases retaliated when they spurned him. He denies the claims.

Silent since a giant dust storm last summer, the rover was the longest-lasting robot ever sent to another planet.

The adult daughter of Dubai’s ruler tried to escape a life of stultifying restrictions. She was captured at sea, forcibly taken back, and has not been heard from since.

Ms. Harris seemed to try to be all things to all people as a district attorney and state attorney general. Now, as she runs for president, her record faces a chorus of critics, especially on the left.

The secret history of women in coding¶

Computer programming once had much better gender balance than it does today. What went wrong?

A tidal wave of mud

A mining dam collapsed and buried more than 150 people. Now Brazil is casting an anxious eye on dozens of dams like it.

The 52-Places Traveler: Visiting Puerto Rico, and finding the up beat¶

On the first stop of his yearlong journey, the new 52 Places Traveler makes it his mission to get off the beaten path and into the island.

Phoebe Waller-Bridge will make you laugh so hard it hurts ¶

The writer-actress behind the wild, disorienting comedy of “Fleabag” and “Killing Eve” is bringing her sneak-attack humor to New York.

In some parts of the Alps, the warming climate is making glaciers disappear. The Swiss have a plan to make use of the valleys left behind.

You don’t need a recipe

Sam Sifton gives you 38 ways to get dinner on the table, no recipe required.