In 2018, T’s food stories took us not only inside notable restaurants — like Missy Robbins’s new Brooklyn outpost, Misi, and its temperature- and humidity-controlled pasta room — but also to the Chesapeake Bay, where oysters are potentially becoming too perfect, and to Japan, where a group of new-school technicians is reviving the ancient confectionery art of amezaiku. We also profiled the female couples reimagining the professional kitchen, asked artists for their summer dessert recipes and filmed a video with Antoni Porowski of “Queer Eye,” who brought his own sardines to the shoot. Here, we’ve rounded up some of our favorite food-related features of the year. 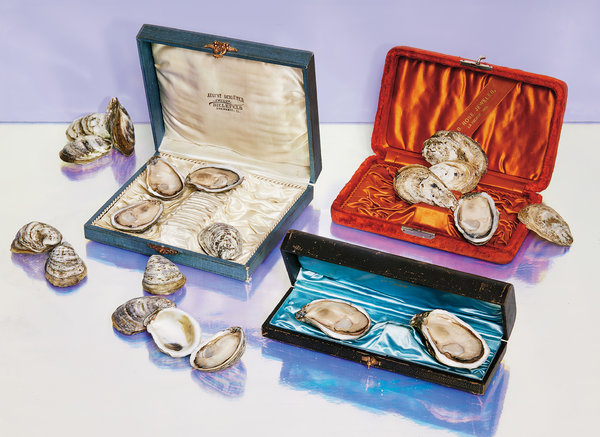 “Have Oysters Become Too Perfect?” by Wyatt Williams

That was the question posed by the food writer Wyatt Williams, who visited the Chesapeake Bay, a hotbed of contemporary oyster cultivation. (“In Virginia alone, the number of cultivated oysters that were planted grew from six million to more than 135 million in just over 10 years,” he notes.) Williams quickly discovers that the bivalves there are perfectly sized, undeniably delicious and maybe a bit too homogeneous. He winds up exploring the inextricable — but often fraught — connection between food and nature. Read more.

“The Golden Age of Crudités” by Ligaya Mishan

This year, T turned over its regular column Food Matters to Ligaya Mishan, the newspaper’s Hungry City columnist, who possesses both discerning taste buds and a deep understanding of the history, culture and global influences that drive modern food culture. In her first column, on crudités, she writes about how raw vegetables have “suddenly been thrust to the forefront as bravura opening gambits to a meal.” Read more.

“The Female Couples Remaking the Restaurant Industry” by Ligaya Mishan

While reporting stories for the newspaper and T, Mishan noticed that a number of queer female couples were not only running excellent restaurants across the country but also, in collaborating at the top of their field, reimagining the professional kitchen, once defined by its aggression and competition. “When a 6-foot-2 white guy is red in the face, screaming expletives,” the chef Preeti Mistry told Mishan, “someone else might see their football coach or their dad.” But this approach doesn’t always translate as “tough love,” Mishan writes. “Instead, as a small-statured, queer woman of color, she felt threatened.” Read more.

“In This New Restaurant, a Room Just for Pasta” by Kurt Soller

In August, T was granted exclusive access to the pasta room inside chef Missy Robbins’s new Brooklyn restaurant, Misi, which by day churns out hundreds of noodles and by night (after a good scrub down) becomes a private event space for dinner parties. T’s articles editor, Kurt Soller, visited the space and its creator, and wrote a meditation on the pleasures of the handmade. Read more.

“A Cookbook of Artists’ Creative Summer Desserts” by Julia Sherman

Who better to make something with their hands in the kitchen than a bunch of artists looking to distract themselves from their work? (Around the office, we refer to this as “procrastibaking.”) For T’s inaugural online art issue, we asked seven artists to submit recipes for their go-to summer desserts: The painter Jordan Casteel submitted her peach pie, the sweets-obsessed Will Cotton created a meringue hat and the sculptor Dike Blair, in a triumph of efficiency, decided to freeze a Snickers bar. Read more.

“Why Aren’t We Eating More Insects?” by Ligaya Mishan

Only in the West have we resisted the crunch, ooze and tastiness that comes with eating bugs. In this modest proposal by Mishan, she asks how that came to be and explores what changes are afoot in the fields of technology, travel and other industries to introduce insects into our diet. “It can be difficult to adopt the wisdom of other cultures,” she writes. “But imagine the rewards of biting into a witchetty grub from the Australian bush, which Aborigines traditionally dug from the roots of acacia trees, and which the Japanese chef Shoichi Uchiyama compares to fatty tuna, at once meaty and melty.” Plus, recipes from three chefs who cook with bugs. Read more.

“What if the Powerful (and Paranoid) Started Using Official Tasters Again?” by Ligaya Mishan

The idea of official tasters goes back at least to the dawn of the Persian Achaemenid Empire in the sixth century B.C., when a cupbearer was tasked with sipping the king’s wine before handing it over. In more modern times, the practice was abandoned, but, Mishan asks, might it be poised for a revival in our new age of espionage? Read more.

“As Pastry Chefs Decline in Ranks, a Revolution in Cakes and Pies” by Rebecca Flint Marx

The food journalist Rebecca Flint Marx noticed that pastry chefs are doubling down on their skills — and arguably saving their endangered profession — by revisiting old-school cakes and pies, once the province of home cooks and mom-and-pop bake shops. Come for an astute breakdown of restaurant industry economics, stay for a chance to ogle some of the most gorgeous treats being served in America today. Read more.

In a tribute to the late Anthony Bourdain — and as part of T’s ongoing video series Make T Something — the charming Antoni Porowski, food and wine expert for the Netflix show “Queer Eye” — showed up to our studio in a lab coat embroidered with his name and a pile of sardines. Watch the video.

“An Artist’s Pho, Inspired by His Childhood in Vietnam” by Nick Marino

In T’s recurring column One Good Meal, the writer Nick Marino asks cooking-inclined creative people to share the story behind a favorite dish they actually make and eat at home on a regular basis — and not just when they’re trying to impress. This standout edition, featuring the artist Danh Vo, includes a comforting recipe for Vietnamese pho that he learned from his mother. Read more.

In Japan, amezaiku refers to the tradition of twisting hot molten sugar syrup into miniaturized sculptures. Though this practice “is dying out as street craft, its spectacle has been embraced on social media, earning it recognition beyond Japan,” Mishan writes. Chief among its new-school technicians is the Tokyo-based Shinri Tezuka, who creates intricate sea creatures in record speeds, sometimes burning his fingers in the process. In the (mesmerizing) accompanying video, he sculpts a lifelike goldfish. Read more. 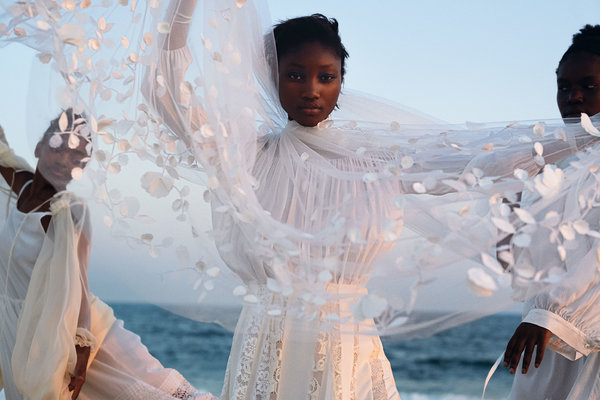 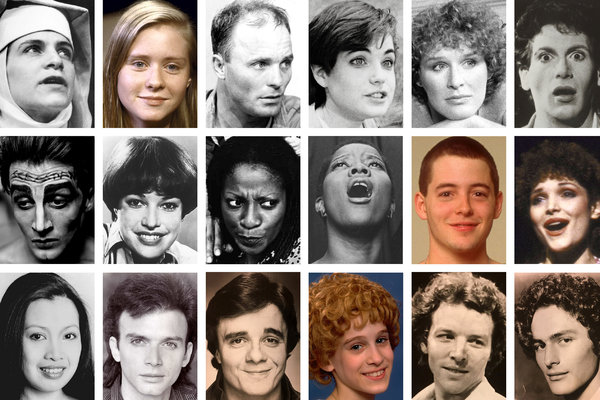 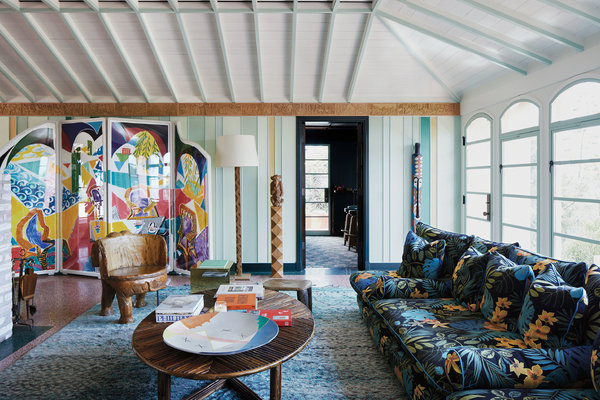