As choreographer of the NBC series Zoey’s Extraordinary Playlist, Mandy Moore knows how important dancing is to the story. In the series, Zoey (Jane Levy) discovers she has the power to hear people’s thoughts through “heart songs,” which often take the form of large group musical numbers. One example is “Let’s Get Loud,” which is one of the dance numbers Moore is nominated for. In addition to the dancers, Moore also needs to consider where Zoey will be during the song, as she is usually the observer rather than a participant. However, Moore prefers Levy to be introduced to the choreography after it’s completed.

DEADLINE: Can you talk about using dance as a way to tell the story? 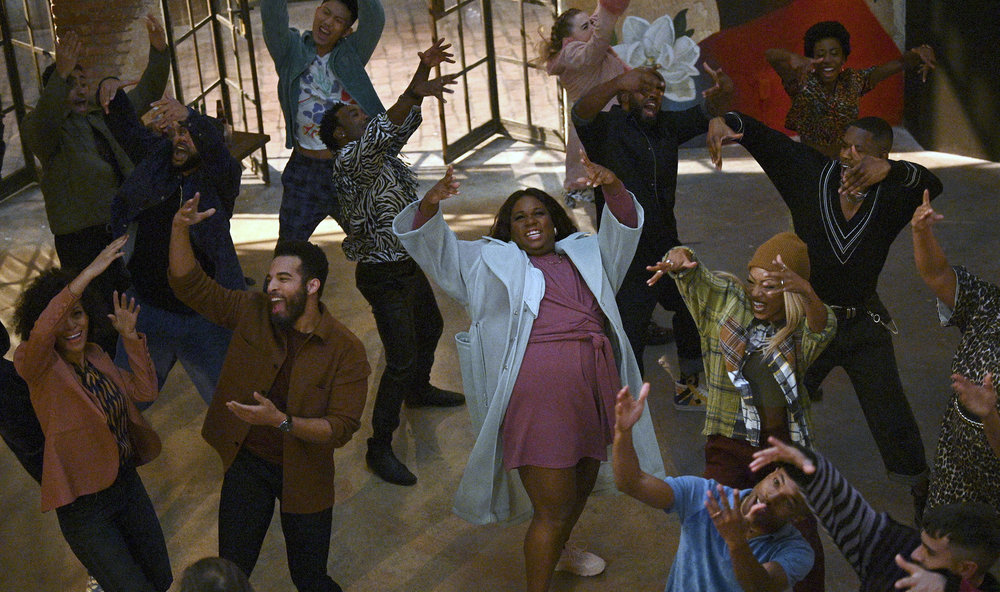 MANDY MOORE: Well, you know, like any great musical, when you can’t say it, you sing, and when you can’t sing, you dance. I love that Zoey’s is first and foremost, a musical at its heart. So, there’s very little or very few instances where the dance is just performative because you’re using each one of these songs to propel the story forward in emotion and narrative. It’s not the easiest way to create dance because it’s not just flashy, you have to really understand what the characters are feeling and what the character’s intention is in the scene. And you know, getting the chance to work with both actors and dancers in the scenes is really interesting because you’ve got some actors that are not trained dancers, but finding movement vocabulary for them is one of the coolest parts. I think finding out how these characters move through space and then, you know, marrying that sometimes with professional dancers can be a really fun. I love dance-storytelling because it’s a lot more interesting to create and I think can be very beneficial for an audience also.

DEADLINE: So, what is your prep process for a group numbers, like “Let’s Get Loud?”

MOORE: We knew for “Let’s Get Loud” that this was all about the MaxiMo opening and the feeling that the people waiting in line would need to parallel the excited feeling of the people waiting to open the restaurant. And we knew we wanted it to be joyful and it needed to mirror some of the Latin rhythms that are in the original tracks. And then I will go away with my team and my skeleton crew dancers, and I’ll work on multiple phases of movements. That’s kind of how I like to work best as I’ll allow certain eight counts of movements and teach them to the dancers. And then I watch it back and I see if it resonates; if it feels like it tells the story or I liked a certain shape. Then bit by bit and incrementally, I start to build the dance. And I am always thinking about the people that are singing. So, you know, in that case, it was Alex (Newell) and Skylar (Astin), they were the two leads on it, so I was making sure that I’m also still telling the story from their perspective. Luckily, they were not at odds with one another in the song, they’re feeling the same thing and they are partners not only in the business, but in the song. Then we have Zoey look outside and see the people that are waiting to get in all happy and excited and kind of fidgeting in their line. And then the doors fly open and they come in, I feel like they look like buzzing bees flying through the front door, and then obviously you’ve got to culminate in some huge climactic dance section. The cool part about “Let’s Get Loud,” is it was all one take and they did that all practically.

DEADLINE: How do you include Zoey into the choreography, since she’s usually an observer and not participating in the dance?

MOORE: Funnily enough, figuring out where Zoey goes and letting things come from her is actually the most fun I have on the show. Cause, obviously Jane is an incredible actress. And the thing that we set up very early in the pilot is you can’t always be coming from her perspective, like the cameras can’t always be her POV because you also want to see what she’s feeling. So you really have this dance, if you will, with the camera on Jane and her observing it. She almost becomes the pivot point for the camera at times, not exactly every time, but she becomes the kind of nucleus or the energy within something, but then also I can use her reaction to it, to get her outside of it, to watch it, which also helps us as an audience get outside of it.

Her reactions to things are priceless. Actually, I try not to show her too much beforehand. There’s some numbers where I have to either have her come to rehearsal or I send her videos, so she knows which way she’s walking or where she needs to go. But some of the fun on set is actually just watching her see it for the first time because her reactions are so organic and priceless. So yeah, there’s a lot of elements you have to really put together with these numbers  for sure.