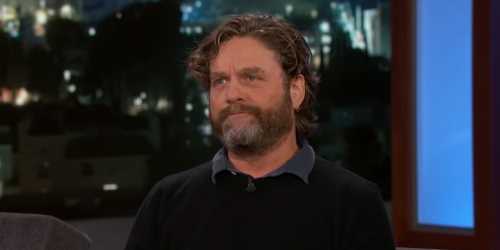 The 49-year-old Between Two Ferns star made an appearance on Jimmy Kimmel Live on Wednesday night (September 18).

PHOTOS: Check out the latest pics of Zach Galifianakis

During his appearance, Zach talked about his daily routine, as well as spending the summers in British Colombia. He also spoke about his new film Between Two Ferns: The Movie, working with Matthew McConaughey, his show Baskets, and he reveals a very funny story about his son that he wasn’t sure about telling on the air.