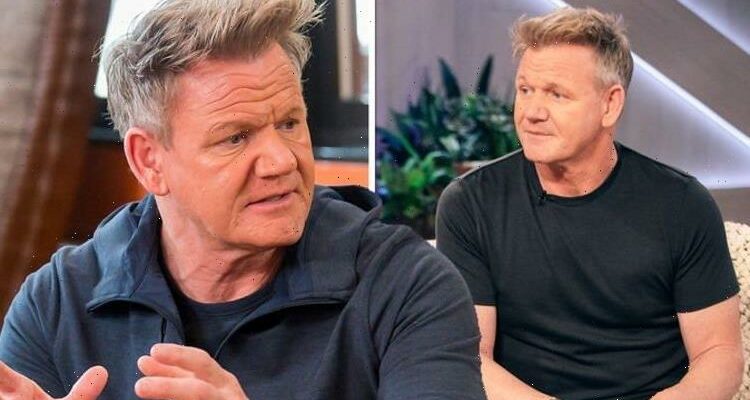 Gordon Ramsay has been living up to his formidable reputation as he admitted his daughter’s boyfriend was a “bit wet”. The TV chef explained he felt “anxious” about his girl’s being looked after in a recent interview.

Gordon, 55, didn’t hold back when he found out his eldest daughter Megan, 23, was back with her ex-boyfriend.

The chef, known for his outbursts on shows like Hell’s Kitchen and Kitchen Nightmares, shared how he made his opinion known.

He said during a recent episode of The Kelly Clarkson show: “I just want the girls to be looked after.

“And for them to look after each other – you’re always anxious about that.”

Gordon went on to add how he reacted then to Megan’s boyfriend Byron, who she started dating again recently.

He continued: “He was okay, to begin with, a little bit wet.

“A little bit sort of… you want a man to date your daughter and he was just, a little bit pathetic.”

Gordon even recently called Byron after he managed to get his number from his youngest daughter Tilly.

He then FaceTimed him while he was on a date with Megan, leaving him shaking.

Megan then cut off the call with her dad, he hilariously explained.

Elsewhere, Gordon recently shared his support to another of his daughters on social media.

The chef celebrated Holly Ramsay’s post celebrating a year of being sober.

She posted on Instagram back at the end of December about the news with a statement.

Holly penned: “Today marks one year without alcohol. This is not something I thought I would ever say at the age of 21.

“However, by 21 (nearly 22) I never thought I would’ve been through half of what I have.

“I choose to take a break from alcohol because it wasn’t improving my mental health – which for me, comes first.”

Gordon then commented on the post: “@hollyramsayy what an incredible young lady.

“Love you so much Dad [heart emoji].”