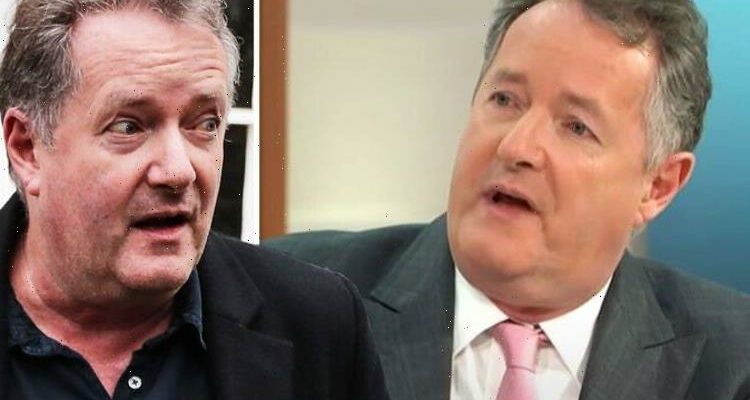 Former Good Morning Britain presenter Piers Morgan announced his new TalkTV show Uncensored earlier this month, declaring that it will “cancel the cancel culture”. However, speaking exclusively to Express.co.uk, reputation management specialist Alex Andrew has suggested that cancel culture is something that is here to stay in spite of Piers’ best attempts to cancel it with his new programme.

When asked whether the former Life Stories star’s new show could succeed in its mission to “cancel cancel culture”, Alex told how the phenomena has been ongoing.

He said: “I don’t think cancel culture will ever be cancelled because cancel culture is just a refraining of something that’s been going on for years.

“It’s people’s reactions to other people’s opinions and I think what’s happening and why I don’t believe it actually could be cancelled is because it lives and breathes online.

“But this show is a great idea to call out certain topics and issues and to look into the specifics,” he explained.

Discussing the culture further he went on: “What it is is people putting their own morals on celebrities, their own opinions.

“Those who are at highest risk of their reputation being pulled down are unfortunately high profile individuals.”

The duo clashed over comments the outspoken TV personality had made following Meghan Markle’s landmark interview with Oprah Winfrey.

Meghan claimed to have experienced suicidal thoughts after joining the Royal Family while pregnant with her first child, son Archie.

But on GMB the day after the interview aired, then-host Piers didn’t hold back as he slammed Meghan for her comments.

“I wouldn’t believe her if she read me a weather report.”

Ofcom received more than 41,000 complaints about the ITV presenter’s comments regarding The Duke and Duchess of Sussex’s tell-all chat.

However, months after, Ofcom ruled that the star’s comments about Meghan did not break its broadcasting code, which Piers branded a “resounding victory for free speech”.

Addressing the moment the former newspaper editor stormed off set, reputation expert Alex said that it showed a more “human” side of the newsreader.

He said: “Obviously it was his own opinion and when he left it actually shows a lot of humanity, it shows emotion.

“Be it right or wrong, in that moment it did show the human in Piers and that he does have these emotions.”

Piers announced his return to TV in a tweet earlier this month.

Speaking in a video, he said: “A year ago today, I was forced to leave a job that I loved, at the peak of its success, for having the audacity to express an honestly held opinion.

“Well, this shouldn’t happen in any democracy supposedly built on the principles of free speech and freedom of expression.

“So I’m delighted to now be returning to live television with a new primetime show whose main purpose will be to cancel the cancel culture which has infected societies around the world,” he added.

Piers went on: “I wanted to be a platform for lively, vigorous debate, the news-making interviews, and that increasingly taboo three letter word – fun.

“I also want it to annoy all the right people. I’m Piers Morgan – Uncensored,” the clip ended.

“I think the idea of the show is something that’s hopefully beneficial, calling out this idea of cancel culture and unpicking it because it’s certainly having a very negative impact on the reputation of celebrities.”