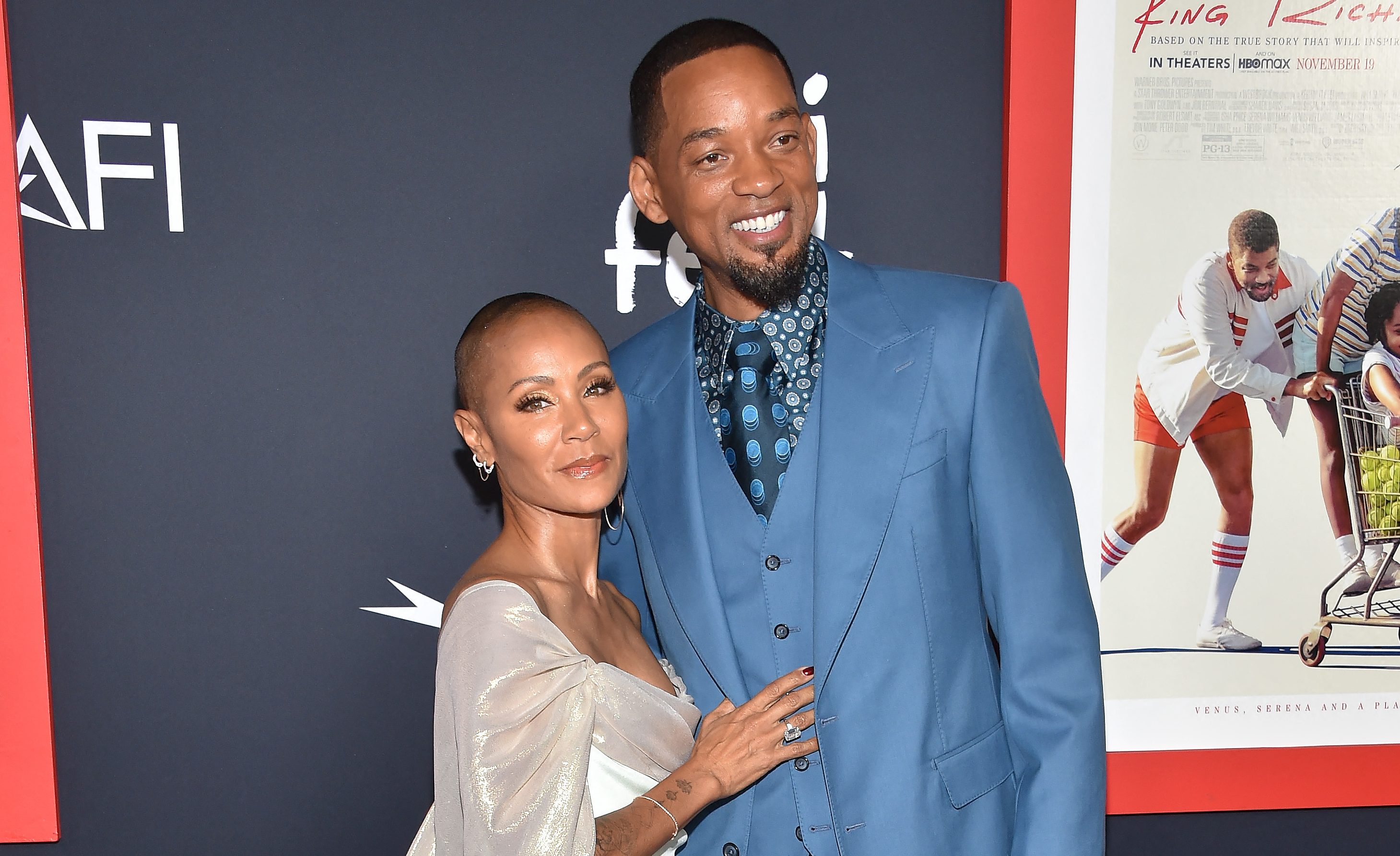 Will Smith was joined by wife Jada Pinkett Smith and their children for a star-studded King Richard screening on Sunday.

After their marriage was thrown back into the spotlight once again, the couple ignored the drama as they put on a loved-up display on the red carpet at the TCL Chinese Theatre, in LA.

The 53-year-old cosied up to his wife as they posed for pictures together, donning a three-piece blue suit coupled with a jazzy patterned shirt and tie.

While the Girls Trip actress, 50, opted for a flowing light grey strapless gown, with a beige train trailing behind her.

Willow and Jaden Smith appeared at the bash with their parents, with Serena Williams also on the celeb-filled guestlist, alongside her husband Alexis Ohanian, and their daughter, Alexis Jr.

King Richard follows the story of Richard Williams – played by Will – as he puts his heart and soul into making his daughters, Serena and Venus, tennis professionals.

The Oscar-nominee has been seriously busy of late as he is also gearing up for the release of his honest memoir, Will, as well as his YouTube docuseries, The Best Shape Of My Life.

To promote his latest project, he had a candid sit-down interview with Oprah Winfrey, where he spoke openly about his marriage with wife Jada, and their ‘unofficial’ split.

Their relationship has become a hot topic of conversation after Jada confessed to having an ‘entanglement’ with August Alsina during their marriage.

Speaking of the speculation surrounding their 26-year marriage, Will made an effort to clarify some rumours.

‘You know, it’s really funny. We never actually like, officially separated,’ he told the host.

‘We realised that it was a fantasy illusion that we could make each other happy.

‘We agreed that she had to make herself happy and I had to make myself happy. Then we were going to present ourselves back to the relationship already happy, versus demanding that the other person fill our empty cup.’

Responding to the suggestion the pair have an open relationship, he added: ‘You love in freedom with everybody except your partner.’