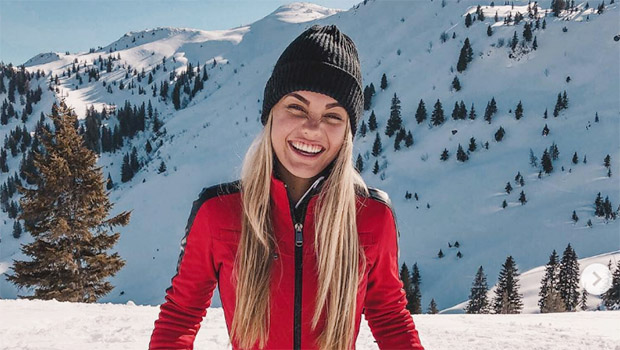 Former Miss Teenager Universe Lotte van der Zee passed away at just age 20 following a sudden heart attack. A cardiologist tells us what could have caused the tragedy in someone so young.

Stunning Dutch model and 2017 Miss Teenager Universe Lotte van der Zee tragically died from complications after suffering a sudden heart attack the day before her 20th birthday. Her family broke the terrible news on March 7, and  had detailed how she began feeling unwell two days into an Austrian ski vacation and as the afternoon progressed she went into cardiac arrest. HollywoodLife.com talked to Dr. Reed Wilson, a prominent Beverly Hills GP & Cardiologist about what could have caused an otherwise healthy young person to suffer heart attack.

One factor in people having heart attacks so young is their genetics. Dr. Wilson cites “Hypertrophic cardiomyopathy – this is a hereditary condition that causes abnormal thickening of the heart muscle and results in rhythm problems.  Sometimes when you hear about a high school student suddenly dropping dead on the track at school, this is frequently the cause,” he explains. He adds that “People may have a hereditary or acquired electrical abnormality of the heart known as long QT syndrome.  This is electrical problem makes people more prone to fatal arrhythmias.”

Dr. Wilson says another possibility is that she could have been born with a heart condition and not have known about it. “People can be born with anomalies of their arteries to the heart (coronary arteries).  The famous basketball player Pete Maravich died suddenly although older because he had a single coronary artery supplying his whole heart,” he tells us. Other causes of a sudden coronary can be from a virus that has weakened the heart muscle,  or “various recreational drugs can result in sudden cardiac death,” he adds. Lotte’s family has not said anything about latter, as she was on a healthy ski trip with her parents and simply started feeling unwell throughout the day she suffered her heart attack.

As for if there are any warning signs of an oncoming sudden heart attack, Dr. Wilson tells us, “Frequently there are none.  But sometimes we can get lucky and have a warning.  The warning signs depend on the cause above. The most important one is an aborted or resuscitated cardiac arrest.  This is because recurrence, unless measures are taken is high.  Other warning signs are less specific such as palpitations, chest pain, loss of consciousness and seizures.  But palpitations and chest pain can happen in normal young people so the diagnosis is harder.”

Lotte had suffered a heart attack in Westendorf, Austria on Feb. 20, one day shy of her 20th birthday. Her family wrote on her Instagram account that “Lotte started to feel unwell throughout the course of the afternoon. A feeling that swiftly escalated in sudden cardiac arrest. She was helped to the nearest hospital where she got into a coma and is since then kept asleep under intensive supervision of the doctors in order to monitor her health.” Sadly her kidneys began to fail and her condition worsened over the course of the following week.

“Our pearl, our everything passed away on Wednesday evening March 6th at 22:47. It is incredibly surreal that our dearly beloved Lotte is not around us anymore. Our hearts are truly broken💔 We would like to thank you all again for all the support and heartwarming messages,” the family announced in a devastating Instagram post on Match 7. Next to their announcement was a photo of Lotte kneeling in the snow in a red ski suit, smiling and looking happy and healthy.