Philip Norman believes there are misconceptions that still exist about the final moments of Jimi Hendrix’s life.

The British author recently released a new book on the rock ’n’ roll icon titled “Wild Thing: The Short, Spellbinding Life of Jimi Hendrix,” which details the artist's life and untimely death. It features interviews with the late guitarist’s brother Leon Hendrix, as well as longtime girlfriend Kathy Etchingham and Linda Keith, the two women, Norman said, who played vital roles in his rise to stardom.

Hendrix passed away in 1970 at age 27 following a drug overdose in London. Police at the time said the star took nine sleeping pills and died of suffocation from choking on his vomit, Rolling Stone reported. According to the outlet, English singer-songwriter Eric Burdon said Hendrix left behind a “suicide note” that was actually a poem several pages in length.

“The mythology is so powerful,” Norman told Fox News. “When it comes to rock stars, we expect them to be these self-destructive figures who indulge so much that they join the 27 Club. It’s always assumed that Jimi’s death was because of overindulgence, over-excess in drugs and alcohol. It really wasn’t. It's so much more than that. In fact, he was very vulnerable.” 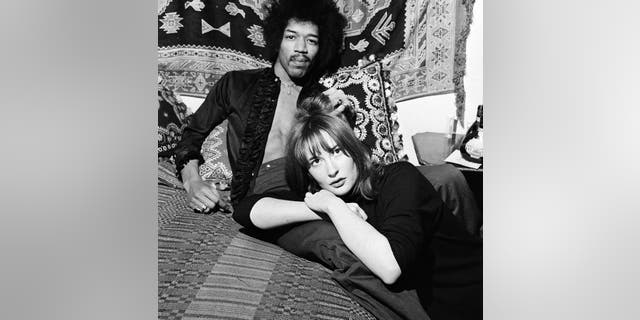 “He was so exhausted after working so hard in the previous four years, achieving incredible fame in Britain, then the rest of Europe and finally back in America where he originally couldn’t succeed due to segregation,” Norman continued. “At the end of his life, he was ready to go in a different musical direction. He also signed this terrible recording contract causing financial issues.”

Hendrix has long been associated with the "27 Club," an accounting first of popular musicians — such as The Doors' Jim Morrison, Janis Joplin and The Rolling Stones' Brian Jones — who have died at age 27, as a result of drug and alcohol abuse. Since its origination in the 70s,  it has expanded to include young actors and artists. The list of causes has also been broadened to include suicide, accidents or acts of violence.

“He was 27 and a rock star, so it was just assumed that he drunk and drugged himself to death, like the other members of the 27 Club have done,” he shared.

According to Norman, the circumstances surrounding Hendrix’s death are much more complex.

“He had returned from a tour where he was showing signs of absolute extreme exhaustion,” Norman explained. “He had a lot of people around who should have been looking after him, but they weren’t. He fell into the clutches of a young German woman named Monika Dannemann. They met while he was on tour some months previously.” 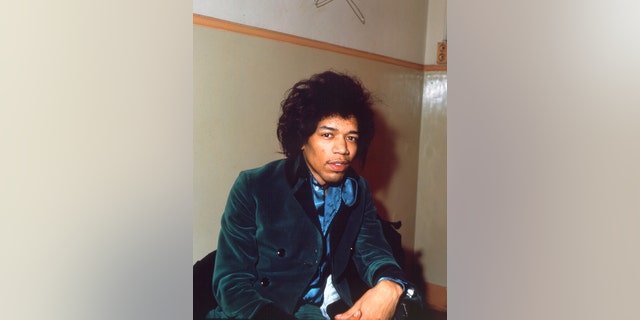 Rock guitarist Jimi Hendrix was gearing up to go in a different musical direction shortly before his death at age 27.
(Photo by Cyrus Andrews/Michael Ochs Archives/Getty Images)

Dannemann, an ice skater, previously claimed she and Hendrix had fallen in love and were secretly engaged. However, Norman alleged their union was nothing more than “just a couple of one-night stands.”

Norman said Hendrix would normally stay at his favorite hotel, The Cumberland, where he was doted after by the staff. But Dannemann, who was in London to see Hendrix, was at the Samarkand Hotel in a “scruffy area” of town. It was there where Hendrix ended up spending his final hours.

“He was having trouble sleeping,” Norman claimed. “So he asked for something that could help him sleep. She gave him a very powerful sleeping tablet called Vesperax. Each tablet was really a double dose that had to be broken in half.”

Dannemann would later claim that when she woke up in the morning, Hendrix was sleeping peacefully in bed. However, she later found a ten-tablet pack of Vesperax that seemingly had nine pills removed. If Hendrix had taken the amount, it would have been 18 times the normal dose. She immediately wanted to call his doctor in town, so she contacted a mutual pal, Alvinia Bridges, in hopes she had the doctor’s number. It is believed Bridges was staying with Burdon. 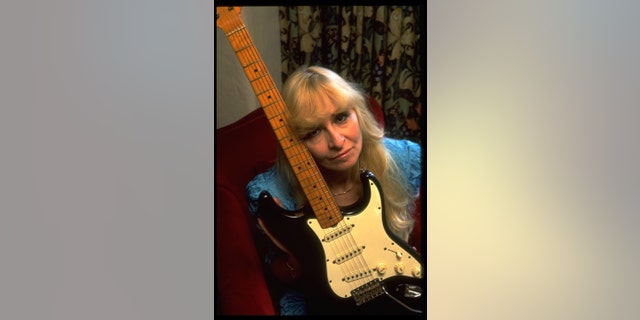 Monika Dannemann would later claim she was engaged to Jimi Hendrix. Police said she was found dead in a fume-filled car near her home in 1996 at age 50.
(Photo by John van Hasselt/Sygma via Getty Images)

Burdon would later claim in his 1986 memoir that he told Dannemann to call an ambulance immediately, the U.K.'s DailyMail reported. However, Dannemann allegedly protested, claiming there were drugs around the property and she "couldn't have people around." He then urged her to flush them down the toilet.

Bridges recalled that Dannemann was “hysterical” because Hendrix was “regurgitating all over the place,” the outlet added.

Eventually, an ambulance was called, "but by the time he did reach the nearest hospital, it was too late,” said Norman. 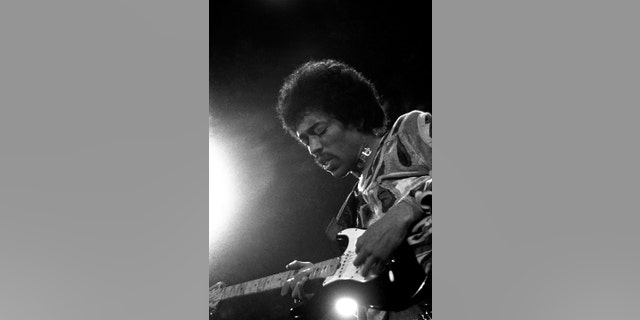 The location of the Samarkand Hotel back then, may have contributed to Hendrix's passing. “At the time, Notting Hill was a damaged heel area,” Norman explained. “There was a lot of racial unrest and awful living conditions. The police and ambulance crew didn’t even recognize him or knew who he was. They just thought he was another junkie from Notting Hill.”

Norman said Hendrix’s brother told him the singer appeared as if he was “soaked in wine.” However, there was very little alcohol in his system.

“That was something his brother Leon told me, that he looked as if he drowned in wine,” said Norman. “But the autopsy showed there was almost no wine in his system. So it looked like this sort of hurried cleanup operation.” 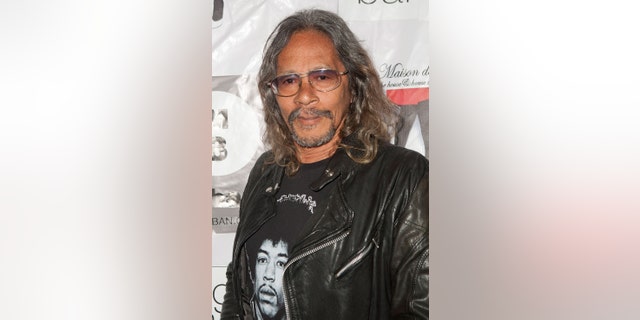 Leon Hendrix told British author Philip Norman that his brother Jimi Hendrix appeared as if he ‘drowned in wine.’
(Photo by Michael Bezjian/WireImage/Getty)

Over the years, numerous conspiracy theories have emerged surrounding Hendrix’s death, attempting to explain what really happened. Some claimed he owed debts to the mafia. Others insisted he was targeted by secret service agents. Norman said none of those claims are true.

Dannemann’s story also changed over the years. Norman said it’s unknown why it took so long for the ambulance to finally reach Hendrix.

Australian doctor John Bannister, who worked at St. Mary Abbot’s Hospital when Hendrix was rushed into emergency, told the Sydney Morning Herald in September of this year that they worked on him for “about half an hour.”

“His esophagus was full of wine,” he told the outlet. “There was wine everywhere. He’d obviously been dead for at least half an hour.”

Dr. Bob Brown, who was involved in Hendrix’s treatment, also revealed there was nothing that could have been done for the music legend. 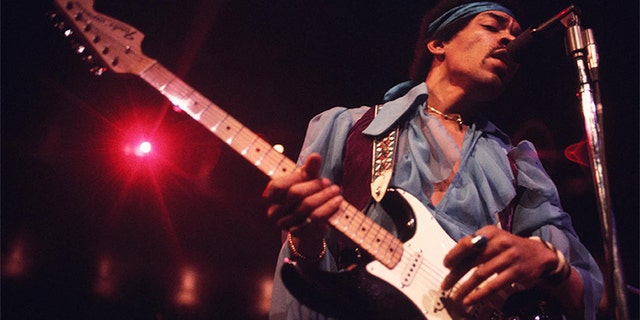 “He was dead and had been for some time,” said Brown, as quoted by the outlet.

According to a post-mortem, Hendrix died of asphyxiation on his vomit while intoxicated on barbiturates, the U.K.'s Telegraph reported. However, coroner Gavin Thurston noted he found “insufficient evidence of the circumstances” to conclude how the death came about.

As for Dannemann, she passed away in 1996 at age 50 from carbon monoxide poisoning.

Norman admitted we may never know what really happened when the guitar icon died. However, he said that the real tragedy here is that it could have been prevented.