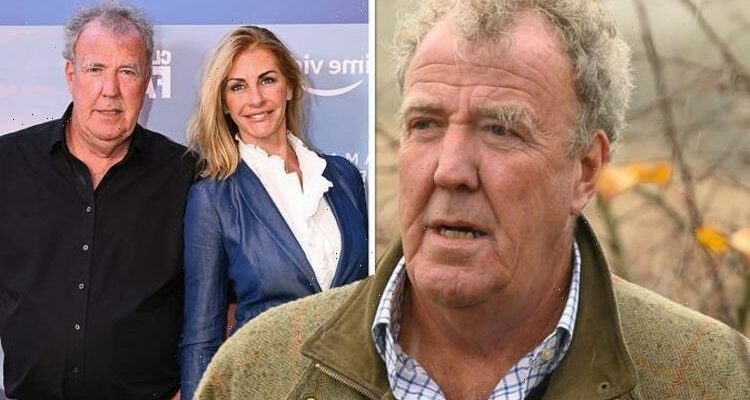 Jeremy Clarkson has been sharing updates on his house move over the past year as builders have been working on his dream home. However, the former Top Gear presenter has now admitted when the time came to move, tensions were running high.

In his latest column, Jeremy shared how he’s finally been able to move into his “Diddly Squat mansion”.

Although, the broadcaster admitted he had overbooked himself on the week of the move.

Promoting his new book and The Grand Tour, as well as juggling his usual farm duties, left him exhausted.

As well as this, the star explained he had gone a bit overboard on his new home purchases.

This included several sets of knives and forks as well as 70 glass tumblers.

In a tongue in cheek remark, Jeremy admitted he didn’t know why girlfriend Lisa Hogan let him buy so much.

He penned in his Sunday Times piece: “We then found several more sets, and at this point I was to be heard from several miles away wondering loudly why we’d bought so many.

“And what we’d been thinking of. And why Lisa hadn’t stopped me, for crying out loud.

“And Lisa was standing there with her hands on her hips explaining that we had started shopping at Peter Jones after a particularly long lunch at the Colbert café.”

Jeremy then admitted the pair had a few “rows” about other aspects of unpacking.

This included Lisa placing the unpacked tumblers in a different cupboard to Jeremy.

He added: “We had a row about that, and then we had another about why the corkscrew had been packed in a random box and not kept separate, because we were definitely going to need it before anything else.”

However, the Clarkson’s Farm star did also admit how happy he was to have finally moved into his new home.

Elsewhere, Jeremy has been busy promoting his new book on Diddly Squat farm.

He chatted to Zoe Ball earlier this week about his life on the farm, admitting they have some difficult new arrivals.

Jeremy said on BBC Radio 2: “We are filming the second series and we’ve got cows now.

“So I am learning about cows and that’s very difficult.

He continued: “I caught one of them yesterday on a motorcycle going along the perimeter fence like Steve McQueen.

“They really are escape artists.”