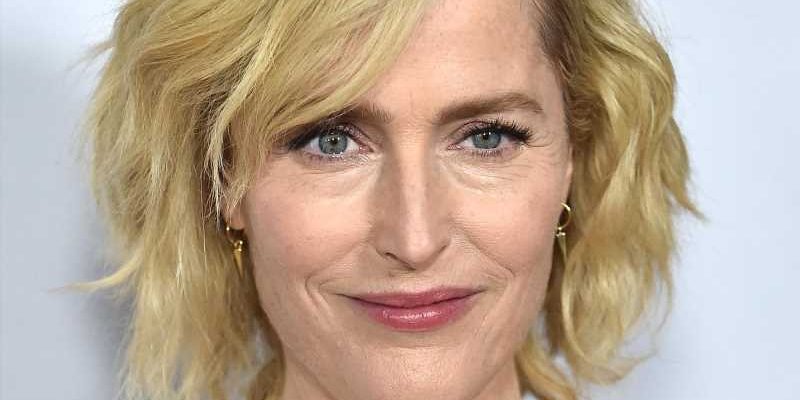 Gillian Anderson is most well-known for her role as Dana Scully in “The X-Files,” but she has also starred in plenty of other significant parts as well. According to her IMDb profile, she’s been in 66 films and shows, and fans cannot get enough of her. Anderson boasts a following of 1.8 million on Instagram, and whatever she does, her legion of loyal fans watch.

For the most part, Anderson likes to keep her social media page lighthearted, sharing plenty of photos of her dogs and a few from red carpet events where she’s dressed to the nines. She’s got plenty to cheer about this year as she’s nominated for an Emmy for her work as Margaret Thatcher on “The Crown.” Anderson came out a winner in 1997 for “The X-Files,” and decades later, she is hoping to come out on top again.

However, she did share with The Hollywood Reporter that she is happy just to be recognized. “Having many years, if not decades, in between the last time, I’m sure I would be full of self-congratulatory excitement and joy were I to win it again,” she said. “That is the blessing of retrospect.” She also mentioned that during her first win, she didn’t pick the proper wardrobe choice. “I remember wearing a very tight dress and that I had to walk up the stairs sideways because I couldn’t lift my leg in front of me,” she hilariously recalled.

Find out why Anderson is talking about her wardrobe again, but this time her bra.

Gillian Anderson is over her boulder holder 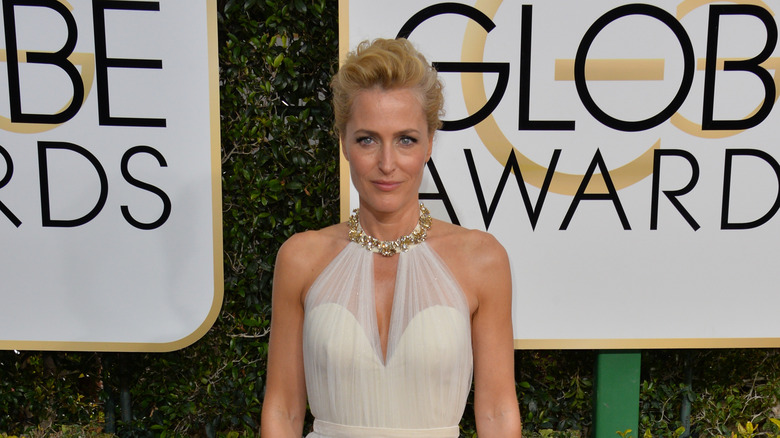 Gillian Anderson may as well start a revolution because we’d be all for it. The actor got candid during an Instagram Live session. The 30-plus-minute segment captured the actor sitting on her couch while clad in a plunging black maxi dress. While answering questions from fans, Anderson admitted that she’s done wearing bras because they’re so uncomfortable. We hear you, sister; nobody likes to wear a boulder holder, especially not one with underwire.

“I don’t wear a bra anymore. I can’t wear a bra. I’m sorry,” Anderson admitted on Instagram Live. “I don’t care if my breasts reach my belly button. I’m not wearing a bra; it’s just too f**king uncomfortable.” There’s no doubt that Anderson’s fans had the same idea about ditching the bra, and they applauded her in the comments section.

“Brawless! I love it! Welcome aboard,” one follower commented. “Braws were made to control women! Perfeito” Another Instagrammer also admitted that she liked to be braless and she’s proud of it. “I don’t wear bra too!” someone else exclaimed. “Gillian come to Italy and I will cook for you everything you want (or take you to the restaurant) I love you.” A few others simply applauded Gillian for taking time for her fans. “Thank you for being such an amazing human [and] for caring about your fans and allowing us access to you,” one more wrote.

Now, excuse us while we go take off our bras and marathon “The X-Files.”