Tyra Banks found love in the 1990s when she met the late director John Singleton. During their relationship, the couple attended several red carpets together. Additionally, the Boyz In The Hood director showered the supermodel with lavish jewelry, including a sapphire and diamond ring for her 21st birthday. While Banks and Singleton had a whirlwind romance, one period from their relationship left her feeling made the Dancing With the Stars host unconfident about her career. 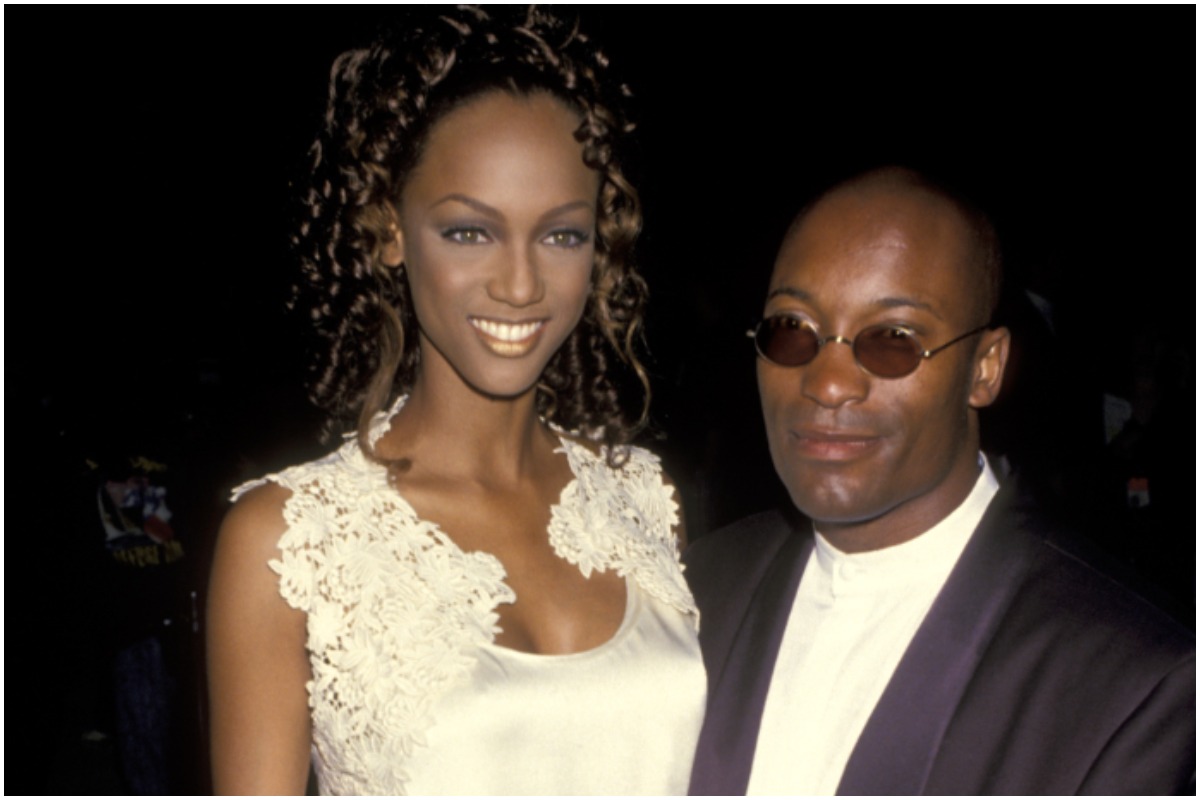 Banks and Singleton met through mutual friends in the early ‘90s. By 1993, they dated after she asked the director to be her boyfriend. At the time, Banks was one of the busiest models in the industry, appearing in multiple magazines worldwide. Singleton also found success during that era after Boyz In The Hood received an Oscars nomination.

While modeling for publications and runways, Banks stepped into acting. In 1993, she booked her first acting gig as Will Smith’s love interest, Jackie Ames, in The Fresh Prince of Bel-Air. Although she appeared in eight sitcom episodes, Banks said in 1996 that she didn’t know how the audience would react to her starring in her former boyfriend’s movie.

“Hopefully, my performance [in the film] will get the attention and not the relationship,” she told WWD, adding that Singleton told her he was interested in her for the part before they were dating. “I got insecure about it at first. But afterward, people were coming up to me and telling me how they loved this scene or that scene. I believed them. “After working in the fashion business so long, you know when people are lying.”

Tyra Banks and John Singleton broke up in the ‘90s

During the 1990s, Banks and Singleton received criticism from fans after Higher Learning premiered. Despite receiving compliments from her fans, Banks suspected some moviegoers believed she only got the part in the movie because of their romance.

“I told him, ‘People are going to say I got it because I’m your girl,”’ she said. “No one has said anything to my face, but I’m sure it’s going on behind my back.”

However, Banks starred in several more films, including Life-Size with Lindsay Lohan and Coyote Ugly. Shortly after Higher Learning premiered, the America’s Next Top Model creator and Singleton broke up. Although it’s unclear why they ended their relationship, both celebrities moved on to other relationships. In 1996, Banks dated Heidi Klum’s ex-husband, Seal. That same year, Singleton married his second wife, ​​Akosua Busia. However, their marriage only lasted one year, per The Guardian.

Tyra paid tribute to the ‘Snowfall’ director after he died

On April 29, 2019, Singleton died of a stroke. The Baby Boy director was 51 and had a history of hypertension. Amid his death, Banks shared a post about Singleton on social media.

These days, the America’s Got Talent alum is dating Louis Bélanger-Martin. Banks also raises her son, York, with her ex, Erik Asla.