It takes a lot to offend Whoopi Goldberg, who just responded to controversy around recent ‘The View’ guest Barbara Corcoran’s dig at her.

Water under The View? Shark Tank host Barbara Corcoran, 72, made headlines after cracking an an off-color comment about host Whoopi Goldberg‘s weight — but it turns out there was not as much drama as one would think. Although the audience wasn’t impressed with Barbara’s sense of humor, her pal Whoopi revealed that she really couldn’t care less.

Whoopi noted how unfazed she was by the comments and appeared to have not even really remembered the incident when speaking with TMZ on Monday, Oct. 11. “Barbara’s always been funny and weird,” Whoopi said while leaving ABC studios in New York City, “That’s who she is and no … it takes a lot more to offend me.” The 65-year-old actress went on to say that she’s known Barbara “for too long,” almost “25 years,” and that she had zero issue with welcoming her lifelong friend back to the show in the future. 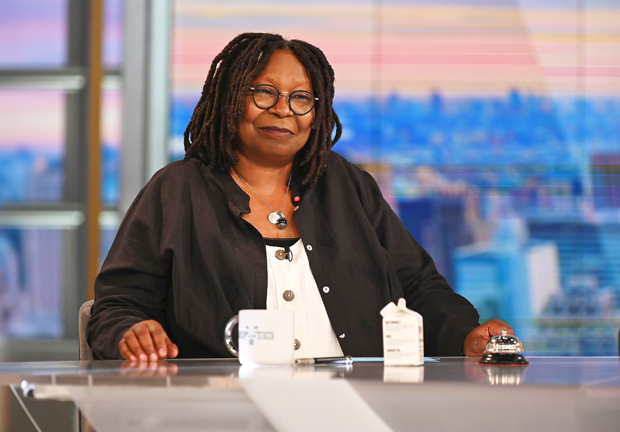 'The View' Cast: See Photos Of The Co-Hosts Through The Years

The co-hosts and Shark Tank judges were discussing an entrepreneur on the reality show who had designed a new pair of jeans — a pair Whoopi admitted she’d like to try. “Will they fit this COVID?” Whoopi quipped. “If they fit two COVID butts, we’ll be fine!” Barbara chimed in with a joke that made light of Whoopi’s weight. “When you get finished with those jeans and decide you don’t like them, give them to me. I’m going to make two pairs!” she said.

After viewers took issue with the comment, Barbara subsequently posted a personalized video addressing the controversy. “Love ya Whoopi,” Barbara captioned the video on Twitter. “I just came back from The View and saw my old friend Whoopi. As you well know, she has a phenomenal sense of humor and I’ve known Whoopi for years,” the TV host began. “I made a joke at Whoopi’s expense, which I now realize wasn’t funny. For anyone who I may have offended unintentionally, I just wanted to say I really am very sorry.”

Under the tweet, Whoopi also responded, writing, “Barbara we have been friends forever and i know your humor, i knew you were kidding.” Looks like Whoopi is ready to let it all go and not take it personally!