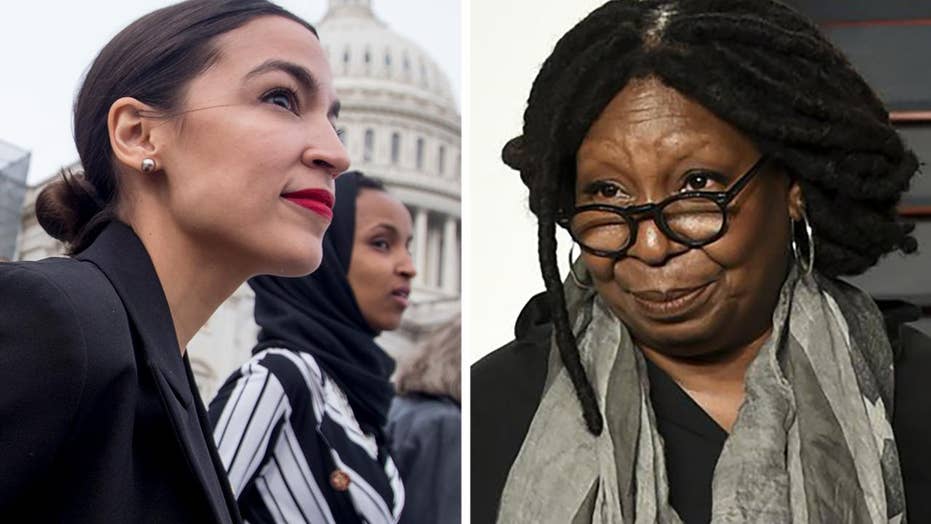 The outspoken co-host of ‘The View’ tells the freshman Democrat she has to do something in Congress first before telling experienced lawmakers what to do.

Whoopi Goldberg isn’t thrilled by what she’s seen from newly sworn-in Rep. Alexandria Ocasio-Cortez, and she took time out of a recent episode of “The View” to let her know.

Goldberg, 63, was discussing the political landscape going into the 2020 elections, specifically Elizabeth Warren, when she took a moment to address the new representative, who has been making a splash in D.C. thanks to her young age, bold ideas and social media presence. Goldberg, however, believes Ocasio-Cortez is making too many waves against more-established Democrats and asked her to stop “pooping” on them.

“Let me just say this about Ocasio-Cortez. She just got in on Thursday, she was sworn in. And she’s very opinionated, which we like. We like opinionated women. But it is very, very difficult when people make accusations where you say, you know, the Democrats have done nothing. The establishment of the Democrats have done nothing, and I just want to throw this out to you. John Lewis, wasn’t standing still Dianne Feinstein wasn’t sitting still,” she said of Ocasio-Cortez and some of her colleagues in Congress.

Goldberg continued: “You can’t poop on what was when you’re coming in on the shoulders of quite a few giants.”

The remarks received thunderous applause from the audience as well as the approval of Goldberg’s fellow co-hosts.

Reps for Ocasio-Cortez did not immediately respond to Fox News’ request for comment on “The View” host’s remarks.

You can watch Goldberg talk about Ocasio-Cortez in the video below, starting at the 2:20 mark: