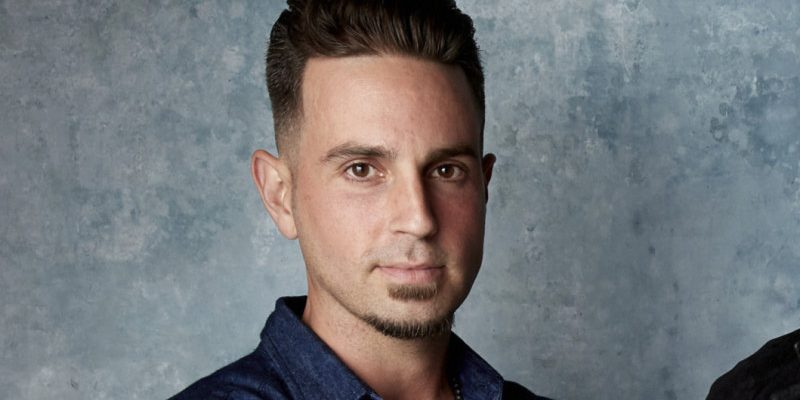 Wade Robson met his idol, Michael Jackson, at just five years old. He had won a 1987 "dance-alike" competition in Brisbane for which the reward was the introduction and tickets to Jackson's concerts in town. The two bonded, and Jackson told Robson's family to get in touch if they ever found themselves on his side of the world. 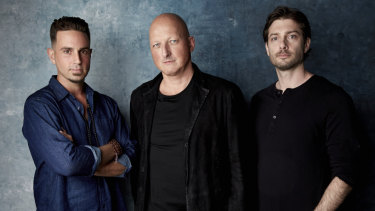 After dancing onstage with Jackson in 1987, Robson rose to local fame and spent a few years performing at shopping malls with the dance company before moving to California with his mother, Joy, and sister, Chantal. (His older brother and father stayed behind, causing a rift in the family.) Jackson helped with the move, and Robson went on to appear in the music videos for Black or White, Jam and Heal the World.

As a preteen, Robson co-founded the short-lived rap duo Quo and recorded music on Jackson's MJJ Music label, a subsidiary of Sony. He soon afterward landed his first choreography job with an R&B group called Immature, according to a 2001 Spin article titled Teen Dreams, but he got his big break at 16, thanks to Britney Spears. 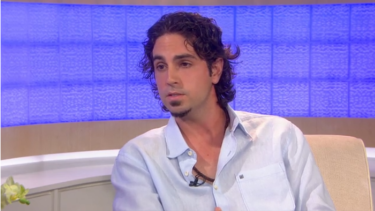 Wade Robson, seen here during an interview with NBC’s Today program in 2013.

"He's a friggin' baby!" Spears reportedly said upon meeting Robson in 1999, when she was looking for someone to choreograph her first big US tour. Their professional partnership spanned a few years, as Robson also choreographed her Pepsi commercial that aired during the 2001 Super Bowl, as well as multiple tours and award show performances of hers and 'N Sync's. Robson later told People magazine that it was his idea for Spears to drape a python over her shoulders while performing I'm a Slave 4 U at the 2001 MTV Video Music Awards.

That summer, the New York Times credited Robson with having "engineered Britney Spears's conversion to womanhood" and working "the same magic on the too-cute boy band 'N Sync." His many teenage fans flocked to online forums, the article noted, with one fan writing that he "might not be as famous as 'N Sync… but if you gave me a choice between meeting the band or taking another class from their choreographer, Mr. Robson, I would take the class in a heartbeat!" These teenagers presumably made up the audience for the MTV dance competition series The Wade Robson Project, which premiered in 2003. 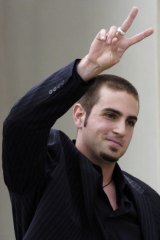 Jackson figures into most of the articles detailing the peak of the young choreographer's fame. Joy Robson told the Times that her son began teaching himself the dance moves to Thriller as a 2-year-old. Wade Robson told People magazine that Jackson's "heart is so genuine. He has no concept of a normal life." The Spin article mentions that one of Jackson's security guards testified in court that he had seen Jackson grab a 10-year-old Robson's crotch, but adds that "Robson and his mother responded by becoming Jackson's loyal defenders."

Spin also mentioned that in 1993, "no one was asking Robson about his dance prowess. Instead, the press wanted to know what happens when a ten-year-old kid climbs into bed with the King of Pop," referring to 13-year-old Jordan Chandler's allegations of child sex abuse against Jackson, who denied them. (At the time, Spin noted, Robson said on CNN that Jackson had never abused him.) The two parties settled for a reported sum of $US25 million, and the matter stayed out of the courts until 2003, when Jackson was arrested and charged with molesting a 13-year-old boy named Gavin Arvizo. After an 18-month trial, the jury acquitted Jackson.

Robson had joined child star Macaulay Culkin in defending Jackson, testifying that he had slept in Jackson's Neverland Ranch bedroom several times but had never been touched inappropriately. After the singer's death in 2009, Robson told the Sydney Morning Herald that Jackson "changed the world and, more personally, my life forever."

But Robson, who won two outstanding-choreography Emmys for So You Think You Can Dance, began to draw back from his work in 2011. There are conflicting reports as to what his relationship was to the Michael Jackson-themed Cirque du Soleil production that premiered two years later. A recent Forbes article states that Robson approached Jackson's estate about directing it but did not land the job, which the Jackson estate cites as the reason he came out with allegations against the singer. But Robson told Vanity Fair that he had been hired for three different iterations of the show before dropping out because of multiple nervous breakdowns.

In 2013, the Associated Press reported, Robson filed a lawsuit saying "stress and trauma had forced him to face the truth that he was sexually abused by Jackson." Safechuck filed a similar suit, and both are now under appeal. The abuse allegations they discuss in Leaving Neverland are devastating and described in great detail. Robson, whom Jackson used to refer to as "Little One", recalls the singer showing him pornography. He said that Jackson's fondling him eventually escalated to oral sex, and that Jackson justified the alleged abuse by saying they had been "brought together by God."