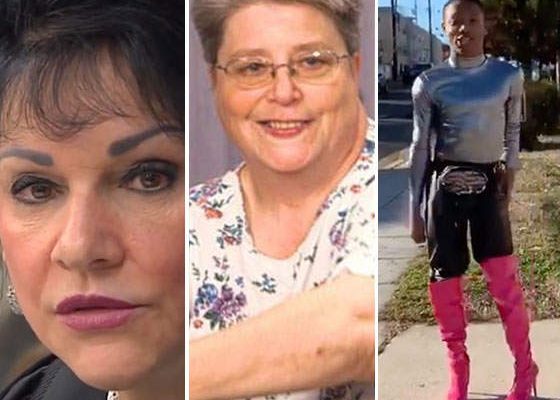 A total of 7 animals won the Hot Slut of the Month title in 2018, and humans took the other 5 titles. So because of those numbers, I figured that 2018 would be the year when the HSOTY crown returns to the furry head of a member of the animal kingdom. (The last animal to win HSOTY was the legendary STAINS in 2009. Although, there wasn’t a HSOTY from 2010 to 2014.) But that isn’t going to happen and we should prepare ourselves for the animal kingdom to storm the front gates of Dlisted (read: a broken chainlink fence gate covered with hobo piss, rat jizz, and booze barf), because three humans have won all three HSOTY final spots.

The third round was won by Super Bitch who got 32% of your votes, beating out Terry Lauerman (29%), Princess Reyes (23%), and Saul The Grumpy Puss (16%). The final round is now made up of a trio of superhero humans including a superhero of justice, a superhero of funkiness, and a superhero of glamorous crime-fighting (who will hopefully star in an actual superhero movie).

Your choices are (click on their name if you need a refresher on their hotness):

You can vote up until next Friday, January 25, 2019, which is the date that one of the lucky HSOTMs above will count as the greatest day of their life, or the worst/most embarrassing day of their life. Probably the second one.