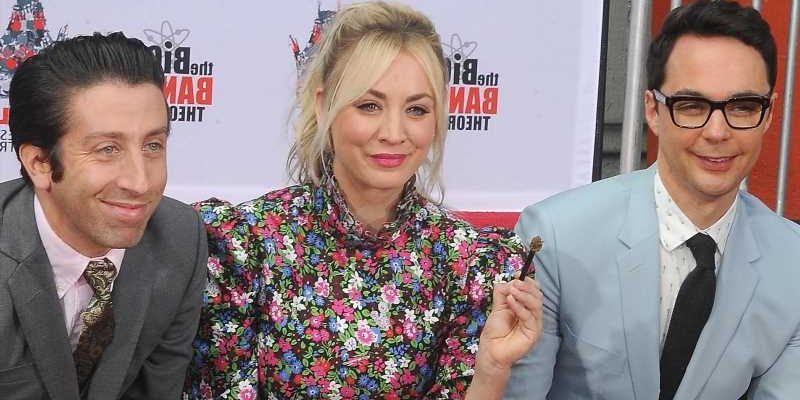 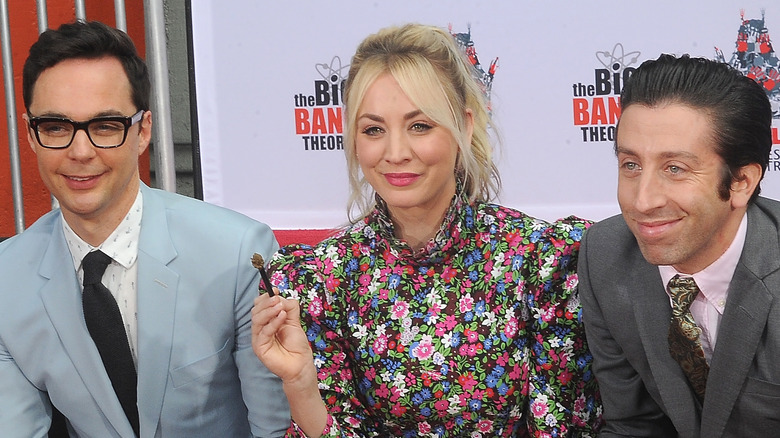 Based on the overwhelming amount of praise and the sheer number of awards that “The Big Bang Theory” has accrued over time, there’s no question that the show is a pretty successful and well-loved one (via the Television Academy). Running from 2007-19 with a full cast of loveable, hilarious characters, “Big Bang” was the unmissable show when it aired (via IMDb). But a show being lovable doesn’t necessarily make it unproblematic — and in fact, “TBBT” has received quite a good amount of criticism over the years for being problematic and borderline offensive.

Despite an appropriation of “nerd culture,” a shocking lack of racial diversity within the cast, and a reliance upon outdated tropes, “The Big Bang Theory” managed to bob and weave past the criticism and assert itself onto award show stages year after year. But regardless of the awards, criticism toward the show was loud — and indeed, its criticism toward their female characters, in particular, facilitated a narrative surrounding a fair representation of women in STEM (Science, Technology, Engineering and Math). 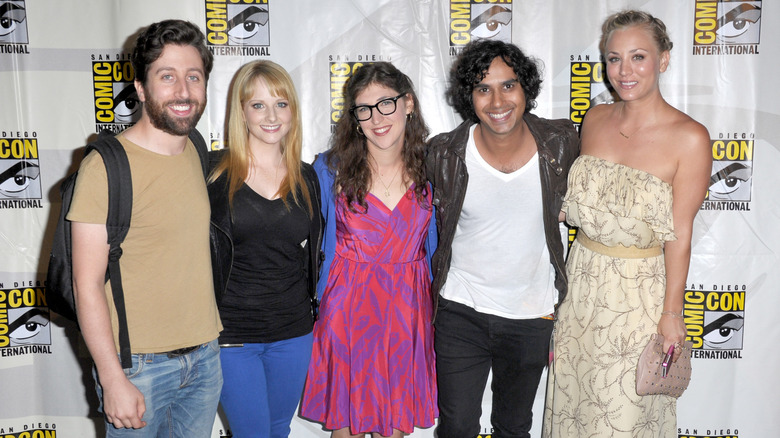 Despite the show’s many years of award acceptances, “The Big Bang Theory” relies heavily on commonly seen character tropes. According to Brenden Weber of A Philosopher’s Stone (via Medium), the show “utilizes outdated stereotypes and relies on a comedy method that was supposed to be left in the ’90s.” He boils the entire show down to the “typical, tiresome trope” of the nerdy guy falling in love with the hot neighbor. While the show tries to be a sort of representation of nerd culture, what “TBBT” actually seems to do is depict nerds as unlikeable duds that can’t win over women — a common stigma of nerds that has been seen in film and TV over and over again. One could say that “The Big Bang Theory” really isn’t doing the nerd community any favors.

And indeed, as a stark juxtaposition to the brilliant, bumbling male nerds, we have the impossibly hot, unintelligent women; which unfortunately for Kaley Cuoco is where her character of Penny comes into the picture. According to Screen Rant, Penny is a pretty simple character to understand. “She’s the pretty blond airhead who hangs out with a group of scientists and everything they say goes right over her head. Most of the jokes in the show, at least in its early seasons, are about how Sheldon is smart and Penny is not.”

This character is most often criticized 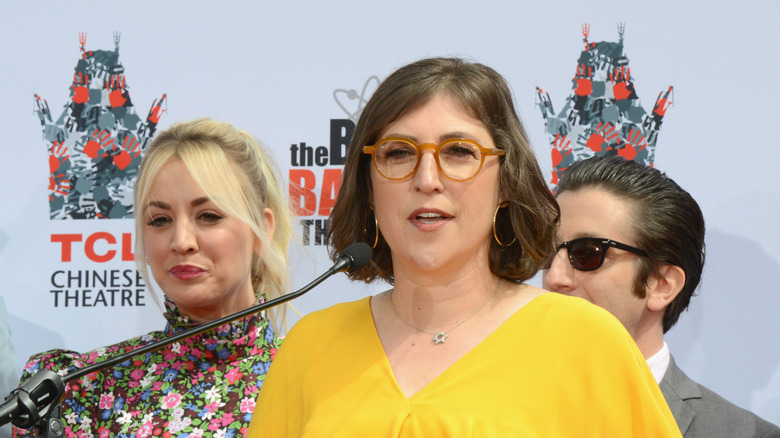 It’s no secret that representation in media matters, and especially the representation of a field that is heavily dominated by men. Media exists as a lens through which we see the world, and can play a large hand in facilitating conversations about important issues. According to Catalyst per a study in 2020, women account for less than a third of STEM-related fields globally. This clear unequal percentage of female scientists is not helped by a show like “The Big Bang Theory” that took three whole seasons to introduce any recurring female scientist characters.

But a mere decision of inclusion does make the show anywhere near politically correct. Indeed, the public took issue with these women-in-STEM characters for many reasons. Amy (played by Mayim Bialik) has a Ph.D. in neurobiology and is an obviously accomplished scientist. But despite her impressive career, Sheldon (played by Jim Parsons) is often totally reductive toward Amy’s work. Whenever Amy has any success in her career, the show will mostly focus on Sheldon and how it pertains to his relationship with Amy Farrah Fowler, as explained in a 2017 essay posted to the Westcoast Women in Engineering, Science and Technology, or WWEST, blog.

In addition, “TBBT” makes it a point to depict Amy as a non-sexual being who doesn’t value her appearance. Dr. Rosanne Welch, a humanities professor at Cal Poly Pomona, told the outlet, “Amy immediately deteriorated into being a non-blond, non-bimbo stereotypical ugly girl begging to have sex with the unappealing rail thin Sheldon because he’s the best she’ll ever get.”

Bernadette represents a painful reality for many women in STEM 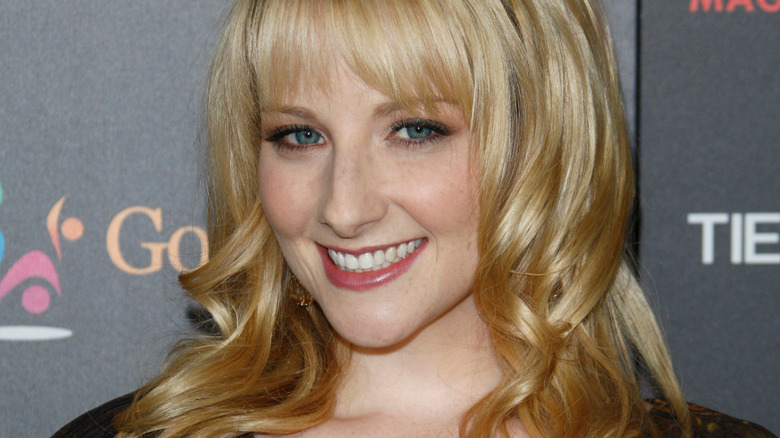 As for the show’s other token female scientist, Bernadette Rostenkowski-Wolowitz (Melissa Rauch), the writing of her character is no better — and indeed, critics suggest that her character perpetuates even more damaging stereotypes of women in STEM. Bernadette is quite different from Amy and Penny. She has a doctorate and works as a microbiologist at a pharmaceutical company (via Showbiz Cheat Sheet). She’s a petite, blond-haired woman with a quiet, squeaky voice but a wild temper who often complains about not being listened to. This trope is painfully common in the real world for women in STEM.

However, rather than attempt to do anything even remotely socially progressive with this trope, “The Big Bang Theory” instead leaned into it for the sake of humor. “Not being taken seriously for being girly is something that affects not just STEM women’s credibility, but any woman in higher-paid professions such as medicine, law and finance,” says A.K. Whitney of Bitch Media. Bernadette’s relatable character could have been an opportunity to bring awareness toward many women’s experiences in STEM; but instead, her character’s arc existed as a humorous caricature of a woman whose experience was grossly diminished by a clan of nerds.

“The Big Bang Theory” has made its bed when it comes to the representation of women in STEM that its creators have chosen to perpetuate. The hope would be that they would put more thought into future seasons — but unfortunately, that opportunity has now passed as the show has long been canceled.