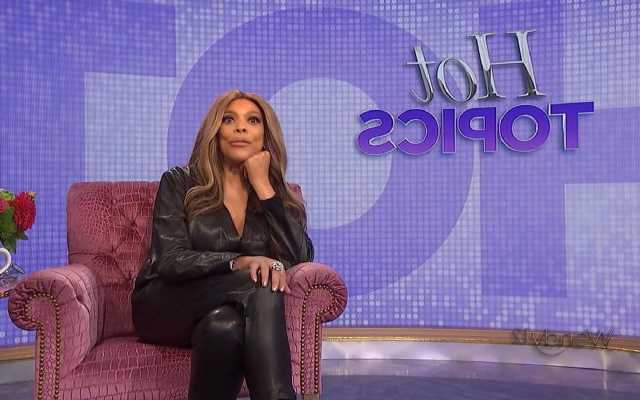 Amid reports that things from the talk show set will be thrown away, it is said that the TV personality plans to bring the chair over to her new podcast.

AceShowbiz -Despite the end of “The Wendy Williams Show“, no one can take Wendy Williams‘ iconic purple chair from her. Amid reports that things from the talk show set will be thrown away, it is said that the TV personality plans to bring the chair over to her new podcast.

Wendy’s manager Will Selby claimed in a new interview that they would definitely pack up the chair with care. “That was [Wendy’s] and it signifies the old chapter closing as we start the new one,” he told The Sun. “We are going to take it and that will be part of her new show.”

Earlier this week, Wendy teased that a podcast gig is currently in the works. She also boasted, “It will make more money for me than doing the TV show.”

Will elaborated that the former radio DJ was no longer having interest in returning to television full-time. He also shared that the planned podcast would provide her fans with a true Wendy experience and highlight her favorite artists, celebrities, food and fashion.

Wendy additionally has been in talks with some stars about making guest appearances on her podcast. Among them were Snoop Dogg, Fat Joe, the Kardashians family and a Trump family.

As of now, it’s still unclear if Wendy will release her podcast independently or in partnership with a single platform such as Apple or Spotify. No release date has been set for the podcast.

Wendy’s podcast plan arrived after “The Wendy Williams Show” was axed after running for 13 years. Guest-host Sherri Shepherd honored Wendy in the finale, which aired on June 17, saying, “Most of all, we have to thank you, Wendy Williams. You have to say – there is nobody like Wendy Williams.”

“From her days on the radio, to ruling daytime talk for 13 seasons, Wendy earned her title as the queen of all media,” she added. “If you think about it, Wendy Williams changed daytime talk with her unique take on ‘Hot Topics’, her one-of-a-kind celebrity interviews, the signature ‘As Wendy’ segments and, of course y’all, her famous ‘How you doin?’ “

“And I wanna say, Miss Wendy you are an icon and you are loved by so many, so many,” the former “The View” co-host added.