The Ellen Degeneres Show‘s favorite Halloween tradition is back with more laughs — and screams — than ever. On Thursday, October 31, Ellen Degeneres donned a Cardi B-inspired costume before sending her haunted house-hating producer “Average” Andy Lassner through the terrifying Us maze at Universal Studios’ Halloween Horror Nights.

This year, Lassner, 52, brought Tiffany Haddish along for some much-needed moral support. 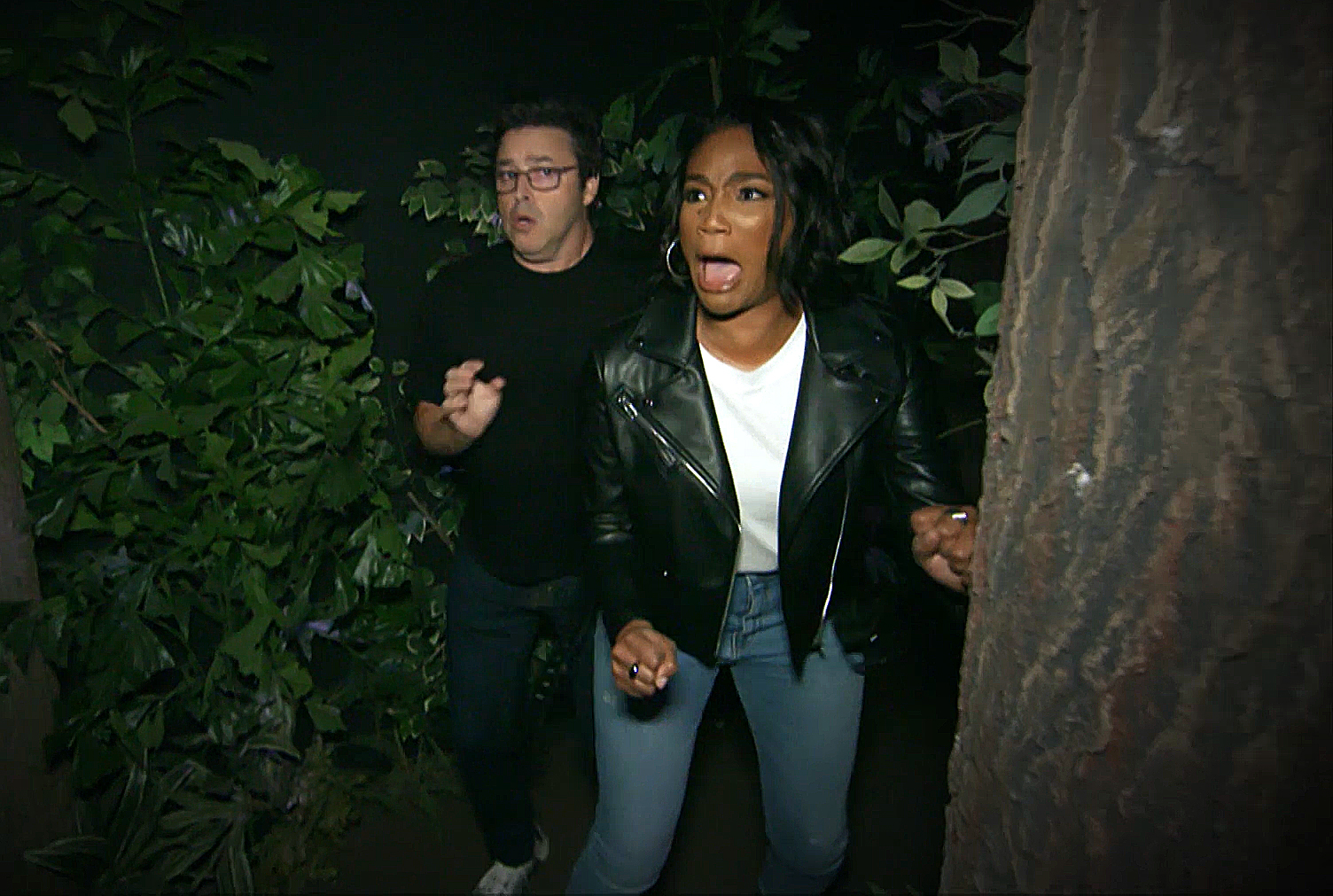 “The sooner we start, the sooner it’s over,” Lassner coached Haddish, 39, who was already visibly spooked. The two steeled themselves for the Jordan Peele-inspired horrors ahead of them, including Tethered mannequins in red jumpsuits.

“You don’t scream unless it’s something,” the nervous Ellen producer teased as they rounded a dark corner, using the stand-up comedian as a human shield. “You can’t panic about everything!”

The actors who were part of the Us-themed haunted maze stepped in to fill the shoes of Lupita Nyong’o and Winston Duke, who starred in this year’s most terrifying film. In Us, Nyong’o and Duke’s characters fight off four masked strangers who turn out to be ghoulish versions of themselves.

Lassner jumped behind his haunted house partner, hilariously calling for a time-out as a machete-bearing actor leapt out from a shadowy doorway. The two put on brave faces and slowly continued through the horrific maze, screaming and swearing as even more doppelgängers jumped out from the shadows. 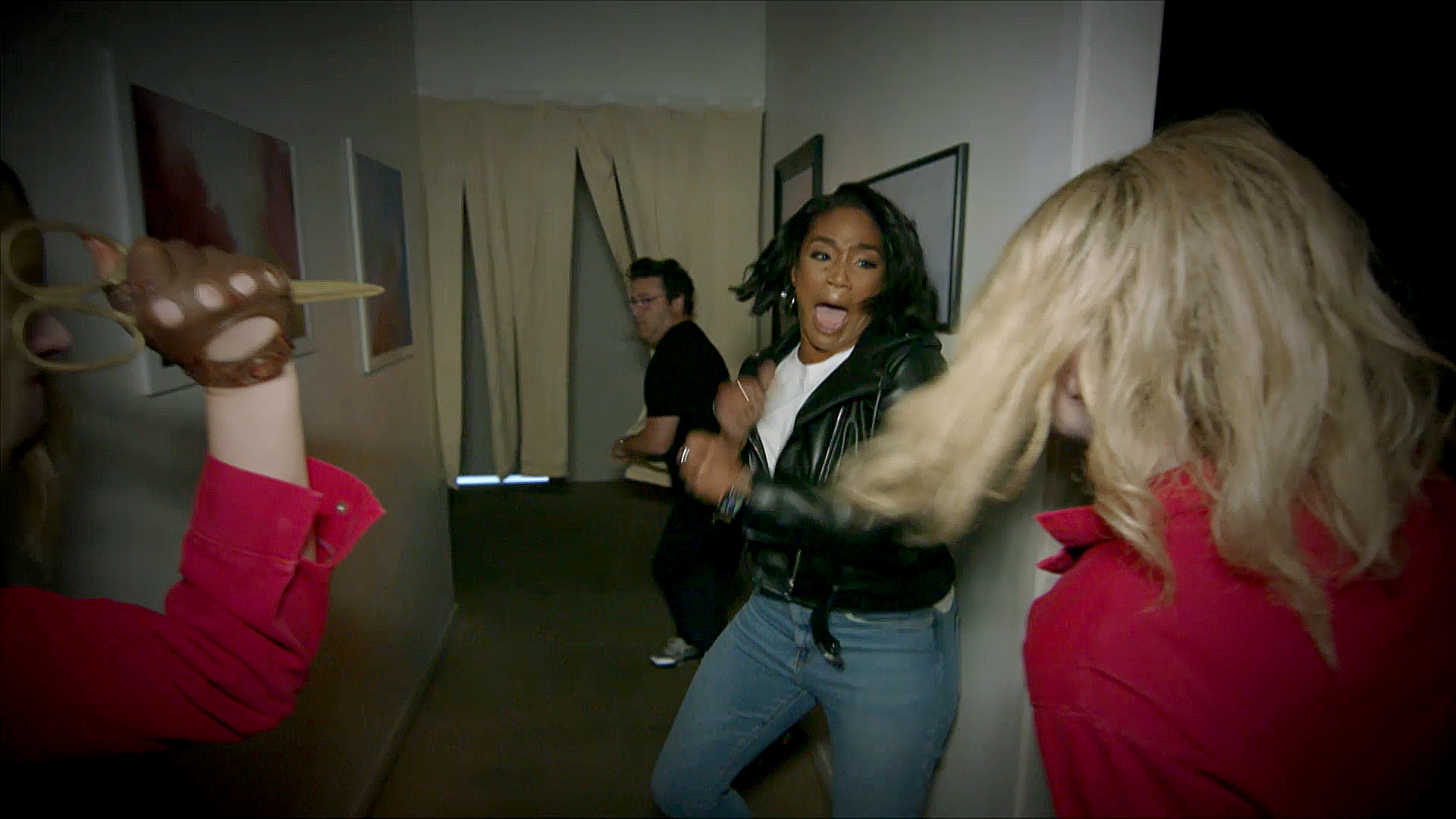 “We ain’t trying to f–k with you, Lupita!” Haddish yelled.

By the end, the Ellen producer became the courageous one, reminding the Night School actress to look out for decoys and stay close to the walls. When the dynamic duo finally made it out, they hugged each other as if they’d just survived a fight for their lives as harrowing as one straight out of an actual horror film.

“It wasn’t too bad,” Lassner joked, still trying to catch his breath.

Lassner’s haunted house journeys have become a time-honored tradition for the Ellen Degeneres Show, since the Emmy-winning talk show host, 61, knows just how much her producer hates all things horror. Last year, Lassner was joined by “Mayor of Twitter” and cookbook author Chrissy Teigen in the Universal Studios’ Purge Maze.