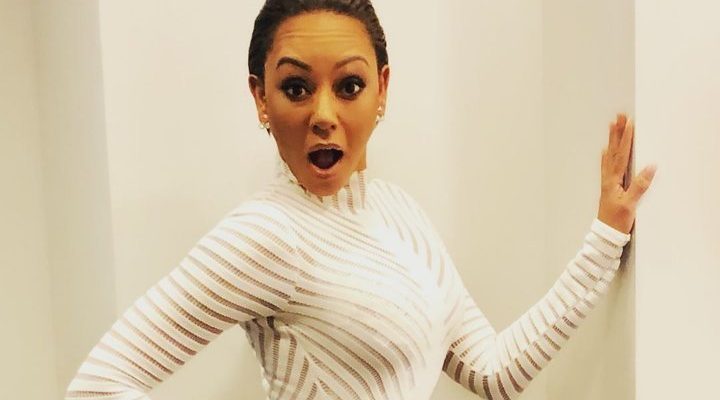 AceShowbiz –
Mel B a.k.a. Melanie Brown is nursing her broken ribs and severed hand after falling down a narrow staircase, but her friends are allegedly “seriously concerned” about her other health issue. The singer’s pals suspect that the fall was the result of her ongoing battle with substance abuse.

“She has insisted to everyone around her that she was sober at the time of the accident, but the story just doesn’t make sense,” a source tells Radar Online. “Someone falling down the stairs would have most likely broken the fall, but it appears that Mel didn’t.”


Mel was staying at her close friend Louise Gannon’s house in London over the weekend. When she woke up and decided to go downstairs, she fell down the narrow staircase. She was rushed to hospital where she underwent a surgery on her three broken ribs and severed hand.

The 43-year-old singer was scheduled to be back in Los Angeles on Monday to take her court-ordered drug and alcohol test, but she is still recovering in London after the fall. She had undergone 14 drug and alcohol tests after she admitted to her problems with alcohol and mental health in a court battle against her ex-husband Stephen Belafonte over the custody of their 7-year-old daughter Madison.

While Mel missed the Monday test, the “America’s Got Talent” judge underwent a drug and alcohol test when she arrived at the hospital in London, ET Online reports. According to her rep, the drug and alcohol test at the hospital was mandatory per the doctors. Her rep claims that the results of the latest test came back negative and insists that neither drugs nor alcohol played a role in Mel’s fall.

Mel revealed her injuries on Instagram. She shared a video in which she got a visit from fellow Spice Girls, Mel C (Melanie C), Geri Halliwell and Emma Bunton, in hospital. She appeared to be in good spirits, goofing around with her groupmates in the clip.

“When your besties show up to hospital with hugs laughter and ALOT of love,ahhhh I love my spice girls yipppeee (sic) #friendship #family #spicegirls,” she captioned the post.

In another post, she informed her fans that the accident forced her to cancel a New York signing of her book, “Brutally Honest”, scheduled for Monday. She also thanked the hospital staff and her fans for their support.

“For now my right arm/hand is all stitched up and I’m trying to keep still to heal my broken ribs, ohhh the pain,” she wrote in a caption of the photo showing her bandaged hand. “But I’m in super safe hands with the care of everyone here at the hospital!!!!! Thank you all for understanding, I love you all.”