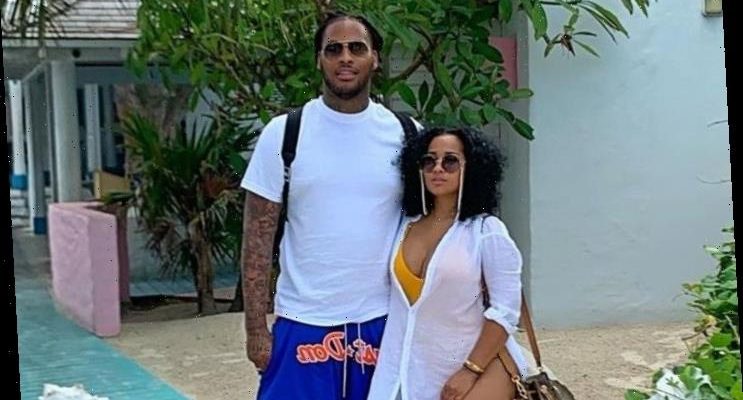 Tammy Rivera, who once broke up with her hip hop star husband because of his infidelity, now agrees that always having sex with the same person is boring.

AceShowbiz –Waka Flocka Flame and his wife Tammy Rivera seemed to have an open marriage. The female television personality suggested that she and her rapper husband were swingers when she approved a comment from singer Brittany B who would love to have sex with three or more partners every once in a while.

It started with a post from a Twitter user who asked the internet, “Y’all really wanna get married and have sex with the same person for the rest of your life????” After getting posted by Hollywood Unlocked on Instagram, it soon drew comments from some celebrities including Brittany and Tammy.

“Yes,” Brittany replied before adding, “Add a few plus 1s to the party every now and then.” “Love & Hip Hop: Atlanta” star Tammy then responded to Brittany’s comment, “I approve this message.”

Back in 2016, Tammy briefly split from her husband due to his affairs. “He could’ve got somebody pregnant,” she told New York Post. “You don’t know what could happen when you cheat. But it’s a part of growth and thank God it didn’t happen to us.”

Asked if he was afraid Tammy would take revenge, he said, “I knew guys were going to slide in her DMs (online direct messages) but I was not scared. What could they do for Tammy that I couldn’t do?”

Tammy, 33, married Waka Flocka Flame, also 33, in May 2014. They haven’t had any child together, but she has a daughter from a previous relationship. The couple first met in 2011 in a Miami nightclub when he was performing and she was there with her girlfriends.

“It was a regular typical South Beach s**t walking around at night with all your friends just having fun,” he recalled. “[Rivera] was wearing a peppermint dress [and] she was looking so good. It was just her energy and her look.”