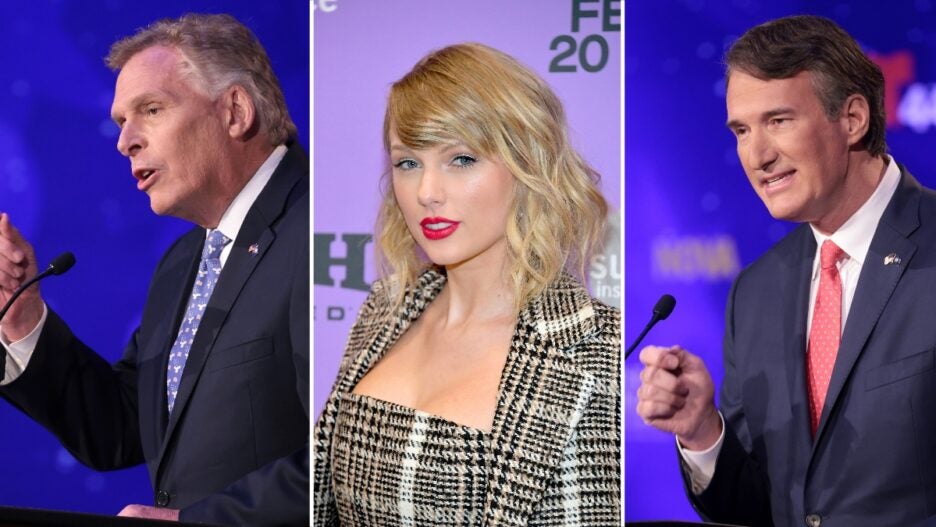 In the lead-up to Virginia’s gubernatorial election, Democratic candidate Terry McAuliffe has reached out to a very unexpected fanbase: the Swifties.

A new ad for McAuliffe’s campaign targets his opponent by asking, “Did you know that Republican candidate for governor, Glenn Youngkin, helped buy Taylor Swift’s masters out from under her when he was co-CEO of Carlyle Group?” That question is followed by #WeStandWithTaylor, a hashtag popularized by Swift fans amidst the pop star’s quest to own her master recordings.

According to Axios, Youngkin was co-CEO of Carlyle Group when the private equity firm contributed to the sale of Big Machine Label Group, the label with which Swift recorded her first six albums. The outlet added that McAuliffe himself also invested in Carlyle Group, but according to his press secretary, he “did not have any investments associated with Taylor Swift’s masters.”

McAuliffe’s campaign reportedly hopes the new ads will connect with younger constituents who are fans of Swift. Virginia voters will start seeing two versions of McAuliffe’s Swift-themed ads starting on Tuesday across Google, Facebook and Instagram.

A spokesperson for Youngkin told Axios that in his effort to use Taylor Swift-themed ads, “Terry McAuliffe has reached the stage of desperation in his campaign where he’s rolling out the most baseless attacks to see what sticks. It’s a pathetic fall that could only be achieved by a 43-year political hack.”

The contentious purchase of Big Machine and of the rights to Swift’s first six albums happened in 2019. Afterward, Swift decided to rerecord the albums in an effort to regain control over that material. Her next rerecorded album, “Red (Taylor’s Version),” is due out on Nov. 12 (which is 10 days after we find out whether or not the Virginia gubernatorial election did in fact swing red).