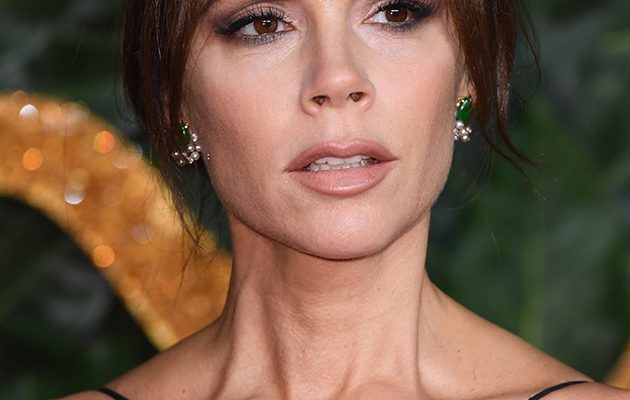 She might be one of the most famous women on the planet, but Victoria Beckham regularly reveals glimpses into life behind the doors of her little family.

And the Spice Girls star has done it again this morning after she posted a photo from inside her fridge at the Beckham’s Manor.

However, while we were expecting to see tonnes of exotic fruit, champagne and maybe even some caviar, Vic revealed something a little unexpected filling up her fridge – loads of bottled water.

Taking to Instagram with a photo of the glass containers, the environmentally conscious 44-year-old explained: ‘This is how the Beckham fridge is looking this morning.

‘As a family we are trying to get rid of single use plastic, kisses x’.

This isn’t the first time Vic has spoken out about sustainability, as she previously championed an eco-friendly collection at London Fashion Week in 2016.

Speaking at the Green Carpet Challenge BAFTA Night To Remember, the mum-of-four said: ‘This event brings together a brilliant group of leaders with sustainable values from the creative industries.

‘I hope it will inspire, delight and continue to show that sustainability is the most magical and show-stopping story in fashion.’

Meanwhile, Vic has also been sharing snaps from the British Fashion Awards on Instagram which she attended with husband David, 43, and eldest son Brooklyn on Monday night.

Posting on her Insta Stories again, the fashion designer can be seen standing hand in hand with football star David while 19-year-old Brooklyn walks alongside them on the red carpet.

‘So much fun last night with my boys! Kisses x,’ she wrote below the family photo.

Vic was nominated for the British Designer of the Year Womenswear Award, and hubby David shared an adorable message to his wife during the glitzy event.

Next to a photo of them, he wrote: ‘I’m really proud to be here with @victoriabeckham tonight – her nomination is recognition of the incredible business she has built over the last 10 years, have a great evening #FashionAwards.’