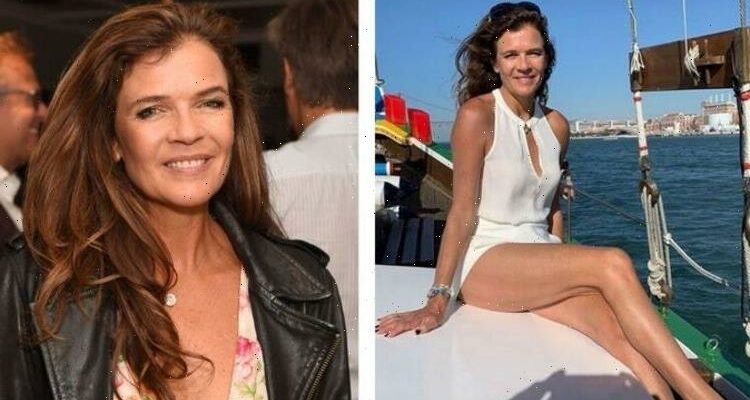 Former tennis champ Annabel Croft, who is now a sports presenter, has revealed how she really feels about plastic surgery. The 55-year-old sporting legend has shrugged off ageing as something that everyone experiences, and dismisses resorting to plastic surgery and treatments as “strange”.

“We’re all ageing so it doesn’t really matter,” she exclaimed.

“A lot of the treatments create a very strange look and make everyone appear the same.”

Adamant that procedures could stand out for being unnatural, she continued: “It’s very obvious to the naked eye when someone has had treatment and for many people, it can become obsessive.

She added to Platinum magazine: “I’ve always thought that there must be better things to spend your money on.”

Some might be surprised at her stance, as the star has retained the same stunning good looks and radiant complexion that she was renowned for decades ago.

She has previously attributed her good looks to a passion for yoga.

The mother of three, once a top-ranking name at Wimbledon, revealed over the lockdown that she felt fitter in her 50s than she had “ever felt in my life”.

Annabel quit the ranks of professional tennis at the age of 21, and has since revealed that the constant stress of competitive sport caused her shoulders to bunch up.

She walked away from a career that had earnt her junior Australian Open and Wimbledon titles in a bid to regain her youthful exuberance after admitting that at age 21, she felt like she was 35.

Now she feels her body is more supple, admitting to the Daily Mail: “Yoga has been fantastic for me.”

She added passionately: “I just wish more people would do it because it might calm people down – there’s too much anger in the world.”

She was adamant when she spoke to The Mirror 14 years ago that she would “never” have plastic surgery – and it seems very little has changed after entering her sixth decade of life.

She also added: “Liposuction is so traumatic for the body.

“You could so easily do something with diet and exercise. [Otherwise] it’s such a lazy way out.

“It excites me that you can change your health and the way you look quickly just by eating right and working out.”

She still plays tennis, although not competitively, and has trained in Russian ballet and jazz dance.

The emphasis for her now is enjoying her relationship with fitness rather than training rigorously and succumbing to exhaustion.

Annabel is also looking forward to travelling in later life.

She and her husband converted a camper van over lockdown and intend to use it to explore more of the UK.