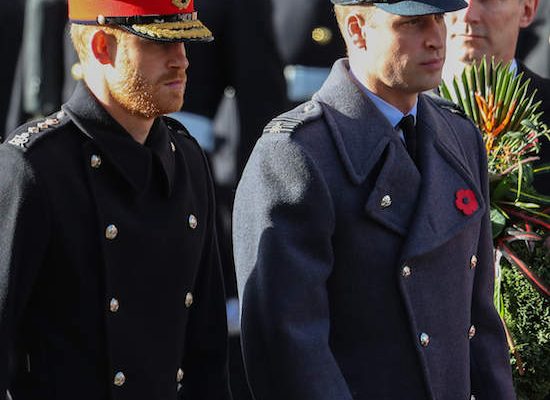 If you can believe a royal snitch, we’ve been getting the story about the Kensington Palace smackdown somewhat wrong. After all these months hearing from tabloids and such about Duchess Kate and Duchess Meghan fighting, we’re now hearing that Kate may not be the one “mysteriously” leaving YouTube clips of Meghan opening briefcases on Deal Or No Deal up on the royal family’s Apple TV. Nick Bullen, a longtime royal filmmaker, is out saying the real fight is between Prince Harry and Prince William. Cue up the “Harry Hid All Of William’s Rogaine During Holiday From Hell!” headlines.

There were rumors that there’s tension between Harry and William, but we mostly heard stories about Kate and Meghan fighting. Us Weekly says Nick was on Fox News to say that the real Fab Four tiff is between the brothers and that Prince Charles and THE QUEEN are trying their hardest to make things cheerio and wholesome again:

“It’s actually that William and Harry have had a rift. All brothers fall out. All families fall out. Their fallout at the moment is becoming public.I think people don’t want to think about that with these two boys. These are two boys who lost their motherat a really early age, and the fairytale is that they are closer than ever and need each other, and I think that’s probably true. But equally they are two grown men in their 30s, starting their own families, different wives. They are moving to different parts of the country, different duties.”

Poor QE2. Can you imagine having lived through an actual world war only to have to play peacekeeper and deal with two bratty grown-ass men in their thirties when all you should be doing is sipping Ovaltine and living out a blinged out version of The Golden Girls at your castles all over the United Kingdom?

Nick was asked why this whole mess became about Meghan and Kate when it was really between the brothers all along. Essentially, it’s because cat fights sell more than dick-offs or whatever it is we call it when two dudes fight:

“It’s a much sexier story to have two duchesses at war. Let’s have these two super glamorous women — one British, one American. One an actress, one sort of an English rose. Let’s put them against each other.”

Kate was probably glad to have a day off the media ruckus until she got called “sort of an English rose” and Meghan was called an “actress.”

Meghan and Kate have seemed friendlier when they are forced to smile make appearances together, and maybe that’s because they’re finally living apart now that their royal households are officially separated. It’s much easier for duchesses to get along when they aren’t fighting over what TV show to watch and which one to DVR.