Meghan Markle wowed royal fans with her attire as she arrived alongside Prince Harry at Westminster Abbey in a car behind King Charles and the Prince and Princess of Wales, Kate and William. The Duchess of Sussex caused a stir on social media, as CNN writer Lisa Respers France gushed over her appearance.

Meghan wore a cape sleeve dress from Stella McCartney which she combined with black pumps and a large Dior hat.

She wore the white version of the hat during the Platinum Jubilee celebrations in June.

The Duchess of Sussex was also seen carrying a mini clutch bag and a pair of black gloves from Valentino.

Meghan kept her jewellery minimal and donned a delicate pair of pearl and diamond earrings and her Cartier ‘Love’ Yellow Gold Bracelet. 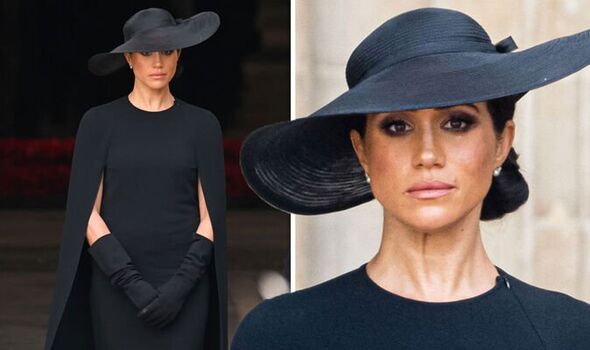 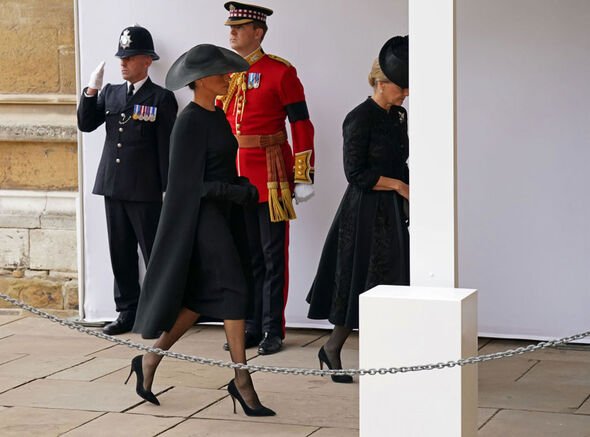 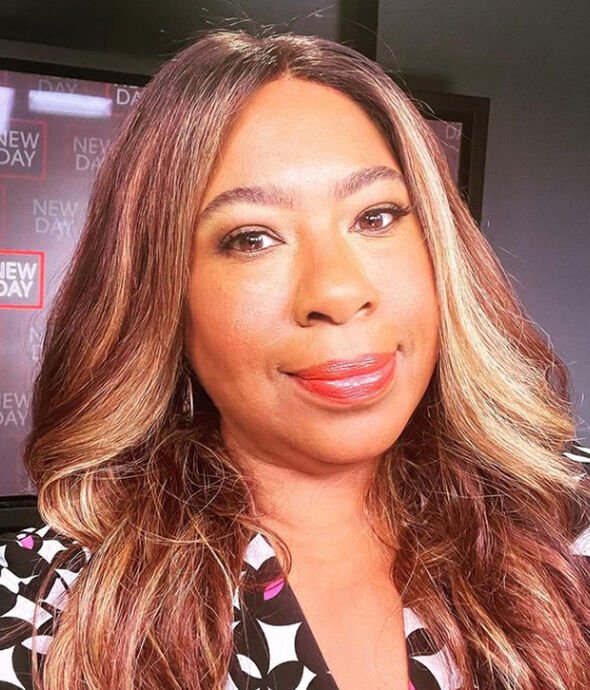 She accessorised her look with earrings gifted to her by the late Queen Elizabeth II in 2018 – Meghan wore the earrings during her first royal engagement with the Queen when they visited Chester to open the new Mersey Gateway Bridge.

Taking to Twitter, CNN’s senior writer Lisa touched on Meghan’s outfit on what was a “sad day” for the UK.

In view of her 18,100 followers, she penned: “On this incredibly sad day for the royal family, Meghan Markle ate & left no crumbs w/ her look. She has always said the Queen was lovely to her. #MeghanMarkIe.”

“Left no crumbs” is a common slang term used to say someone has done a good job. 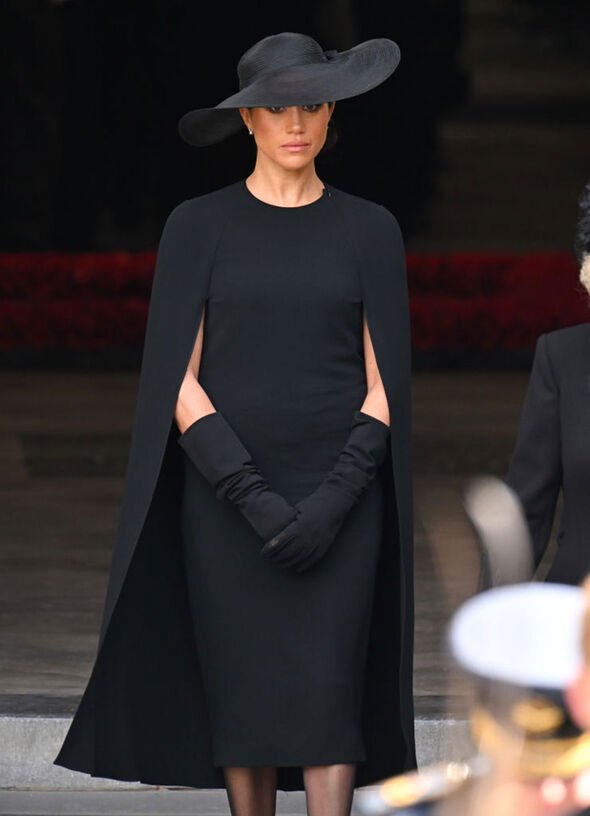 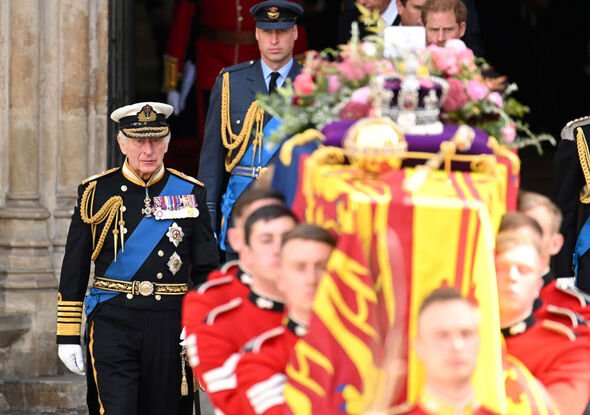 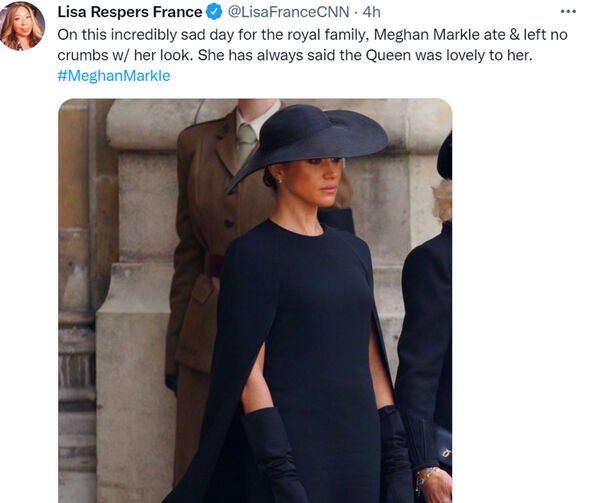 @Howardroack gushed: “Meghan oozes elegance and class. She reminds me of Audrey Hepburn a total class act. Sometimes less is more and that’s what Meghan showed.”

Meanwhile, the Duchess appeared tearful as she joined other members of the royal family outside Westminster Abbey following the service.

Meghan was pictured wiping away her tears during Queen Elizabeth II’s funeral.

Following the service, the Queen’s coffin was marched through the Horse Guards Parade and along The Mall, before reaching its end point at Wellington Arch.

Photographs captured the Duchess wiping away tears from her eyes as she stood next to the Queen Consort, the Princess of Wales, Prince George and Princess Charlotte.

In a follow-up post the CNN reporter shared a heartfelt tribute to the late Queen as she was laid to rest alongside her husband Prince Philip at St George’s Chapel in Windsor.

Lisa posted: “Rest well M’am. I know people have feelings about the monarchy, but beyond that #QueenElizabeth was a mother, wife, grandmother and more who loved her family fiercely and did her duty proudly.

“There will never be another like her majesty, the Queen.”