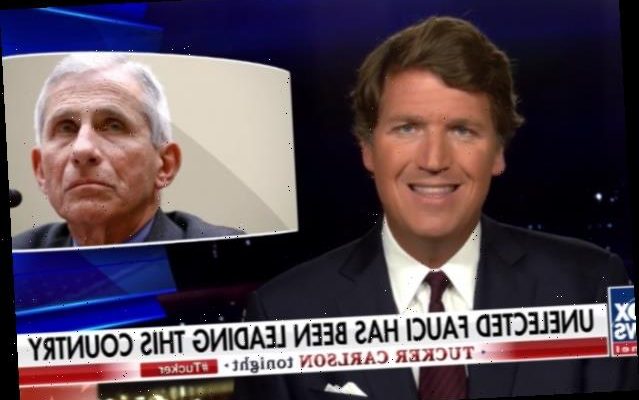 Fauci is still significantly more popular than Trump is

Things are heating up for Dr. Anthony Fauci, who is the leading infectious disease expert in the United States and the face of the federal government’s coronavirus task force. On Tuesday, Sen. Rand Paul went at Fauci during a congressional hearing, and on Tuesday night he was the target of Fox News talking heads, with Tucker Carlson going all out in his criticism of the popular Fauci.

During his show on Tuesday, Tucker Carlson went on a ten-minute rant about Fauci, who remains very popular. According to a recent CNN poll, Fauci is considered trustworthy by 67% of Americans overall, and 61% of Republicans. By contrast, that same poll said only 36% trust Donald Trump.

But Fauci’s continuing popularity didn’t keep Carlson from taking aim at him for a long portion of his show.

Here’s how Carlson summed up his complaint session about Fauci:

“Anybody who talks as much as Anthony Fauci does is apt to say some stupid things. The point is, is this the guy into whom you want to vest all of your trust? Is this the guy you want to chart the future of the country?” Carlson said. “Maybe not. This is a very serious matter, the decisions we’re making right now. Tony Fauci has not been elected to anything. He’s had the same job for nearly 40 years. That means the majority of American voters never even indirectly picked him for the role he has now. This is not the result of any kind of democratic process at work at all.

“Yet, in the last four months, Dr. Fauci has become one of the most powerful people in the world. Some, particularly in our media and in our Democratic establishment, are clamoring to give Dr. Fauci even more power. Why? Some people think that he should be dictator for the duration of this crisis. That’s insanity! Dr. Fauci, like every other human being, is flawed. He says things that are wise, he says things that are profoundly silly. He is not, and no one should is, the one person who should be in charge when it comes to making long-term recommendations. This guy, Fauci, may be even more off-base than your average epidemiologist.”

After his soliloquy, Carlson brought on American Majority CEO Ned Ryun to continue the thread. Ryun proceeded to deliver a shorter rant of his own along these same lines.

“Here we have Dr. Fauci in the Senate lecturing us on what he thinks the future should look like. I think we should question the entire premise of these experts somehow being infallible,” Ryun said.” But I have to tell you, Tucker, this devastating result is the end of progressivism, in which we had an unelected, educated elite who, empowered with this belief in scientism, was somehow gonna lead us to utopia. And now we’re finding this golden calf of the administrative state is ringing hollow. And Fauci, to be very blunt, is the face of this failed administrative state. I think we’ve got to question the entire premise of this.”

Carlson replied then by referring to Fauci as “the chief buffoon of the professional class.” This was actually the second time he had used that word in comments related to Fauci. Earlier in his rant he referred to Fauci’s comments about how people should stop shaking hands forever as “buffoon-level stuff.”

You can catch Carlson’s rant in the video embedded up at the top of this article, should you so desire.