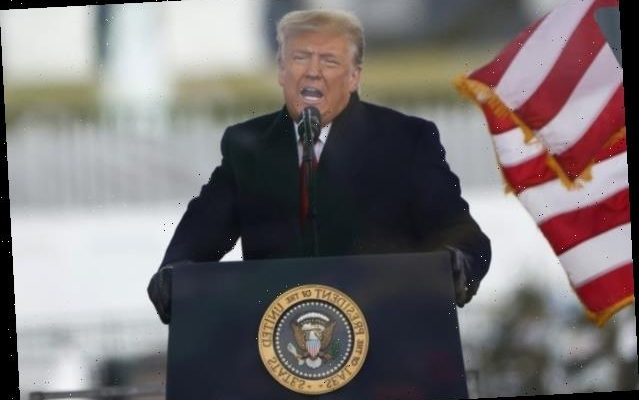 Despite his supporters rioting the Capitol, former president again says he “always will be a champion for the unwavering rule of law” 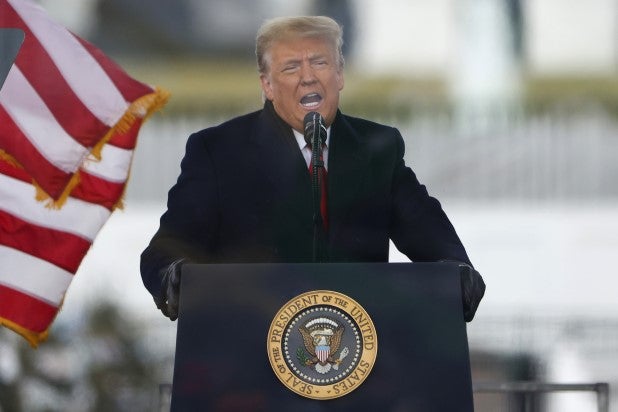 Former president Donald Trump has released a statement following his acquittal: “‘Our Historic, Patriotic and Beautiful Movement…Has Only Just Begun.”

Despite his supporters rioting the Capitol, the former president again says he “always will be a champion for the unwavering rule of law.”

Read the statement below: 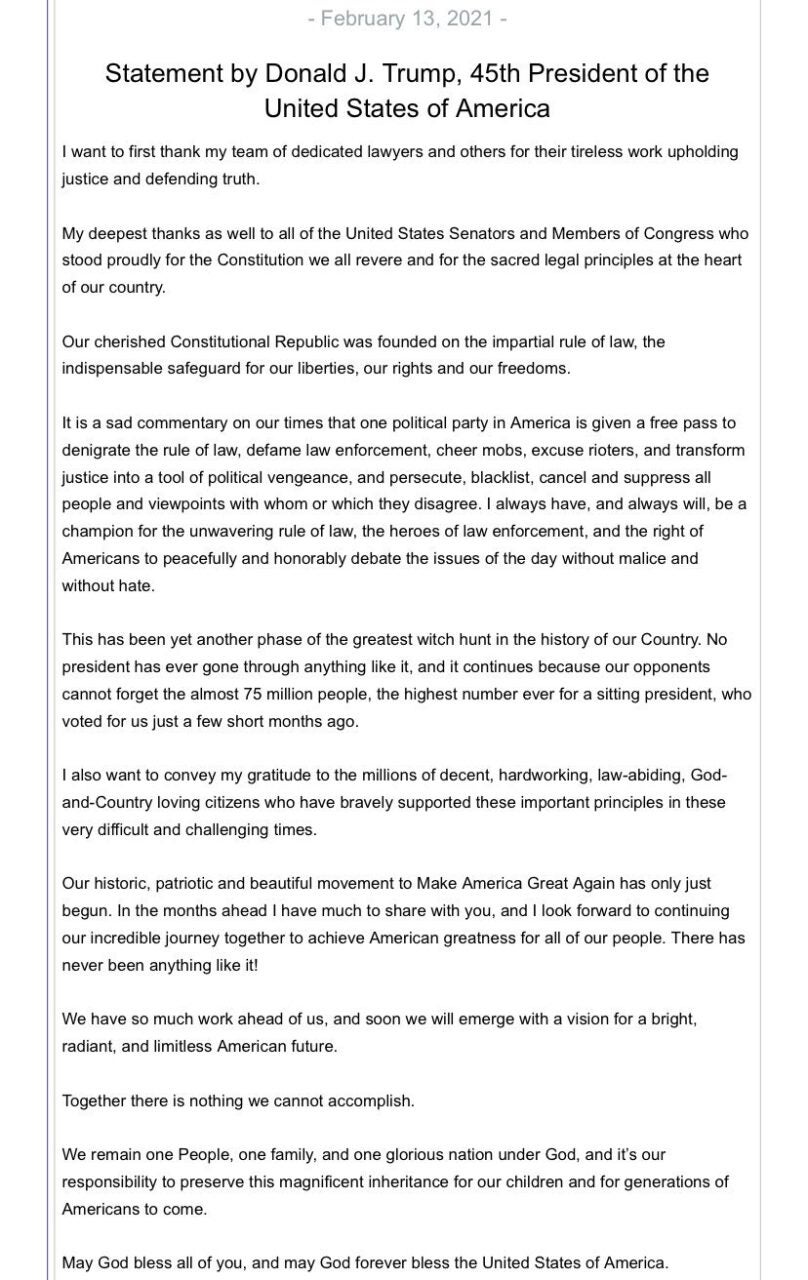 Trump thanked his legal team and took a potshot at the Democrats, “It is a sad commentary on our times that one political party in America is given a free pass to denigrate the rule of law, defame law enforcement, cheer mobs, excuse rioters, and transform justice into a tool of political vengeance, and persecute, blacklist, cancel and suppress all people and viewpoints with whom or which they disagree,” Trump said.

Trump once again plays the victim card like he did at his previous Impeachment trial and said, “This has been yet another phase of the greatest witch hunt in the history of our Country.”

Trump also added something for the MAGA crowd in his closing, “Our historic, patriotic and beautiful movement to Make America Great Again has only just begun,” Trump said. “In the months ahead I have much to share with you, and I look forward to continuing our incredible journey together to achieve American greatness for all of our people.”

Trump was acquitted by the Senate on Saturday in his second impeachment trial. 57 senators voted to convict, including 48 Democrats, 7 Republicans and 2 Independents. The final count: 57-43.

The seven Republican senators who voted to convict include Sens. Mitt Romney of Utah, Susan Collins of Maine, Lisa Murkowski of Alaska, Ben Sasse of Nebraska and Bill Cassidy of Louisiana, Richard Burr of North Carolina and Pat Toomey of Pennsylvania.

Trump was impeached by the House last month for “incitement of an insurrection.” House impeachment managers held that he incited the riot at the Capitol on Jan. 6, which took place when supporters of his who had gathered to protest the certification of President Joe Biden’s 2020 win breached the Capitol during the congressional vote. In total, five people died, including one Capitol police officer. In the following days, two other responding officers died by suicide. Many others were hurt.